Elsa Vossler, an eighth grader at Skinner Middle School, won first place at Denver Metro Science and Engineering Fair, and some of her classmates also placed. 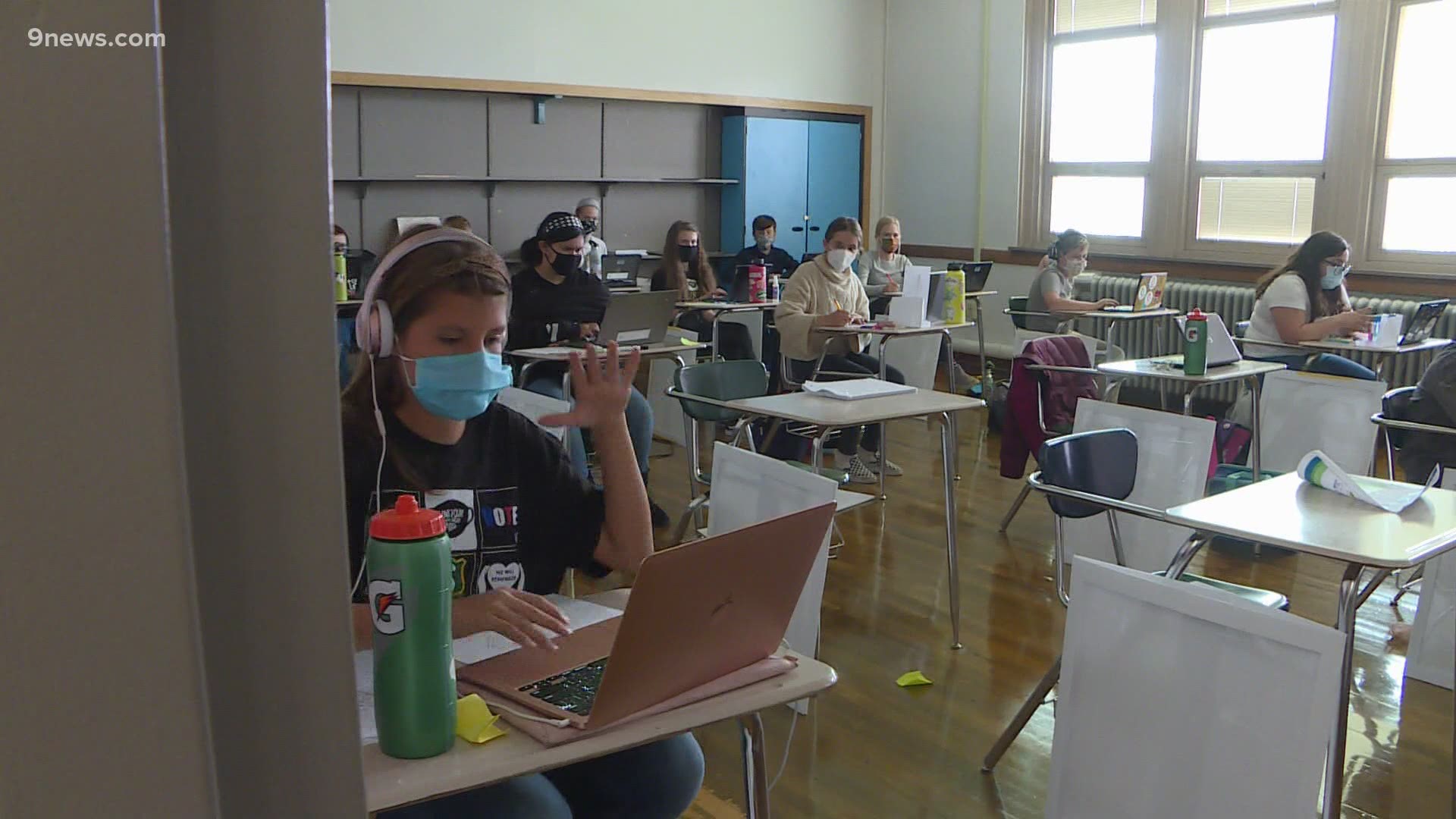 DENVER — With so many people working from home over the last year, many have spent more time staring at computer screens. That's especially true for students who are remote learning. Even as students begin to return to in person learning, the computer screens don't go away.

Elsa Vossler, an eighth grader at Skinner Middle School who is still mostly doing remote learning, studied the blinking rate on a projected light source (a computer screen) and a reflected light source (a piece of paper). She titled her project "Blink-183; The Effect of Projected versus Reflected Light on Blinking Rate."

"I wanted to know if there was a stark difference, and there was," Vossler said. "The data showed that people blink 30% less when they are reading off a computer screen compared to a piece of paper."

Vossler did the experiment with the help of 10 classmates. Each student logged on to a Google Meet, one at a time, while Vossler recorded the session to go back and count the blinks.

In between the computer screen and the paper document, Vossler said the participants did what's called the "20-20-20 exercise."

"It's like taking home a championship if it were your basketball team," said Christopher Martin, a science teacher at Skinner Middle School. "It's maybe perhaps even more powerful because it wasn't a team effort, it was this one person that did everything they needed to do to stand out."

All three students went on to compete in the Colorado Science and Engineering Fair, where Vossler received an honorable mention.