Schools have had to get creative to celebrate the class of 2020 during a pandemic. Creede School found a unique way to put its seniors in the spotlight. 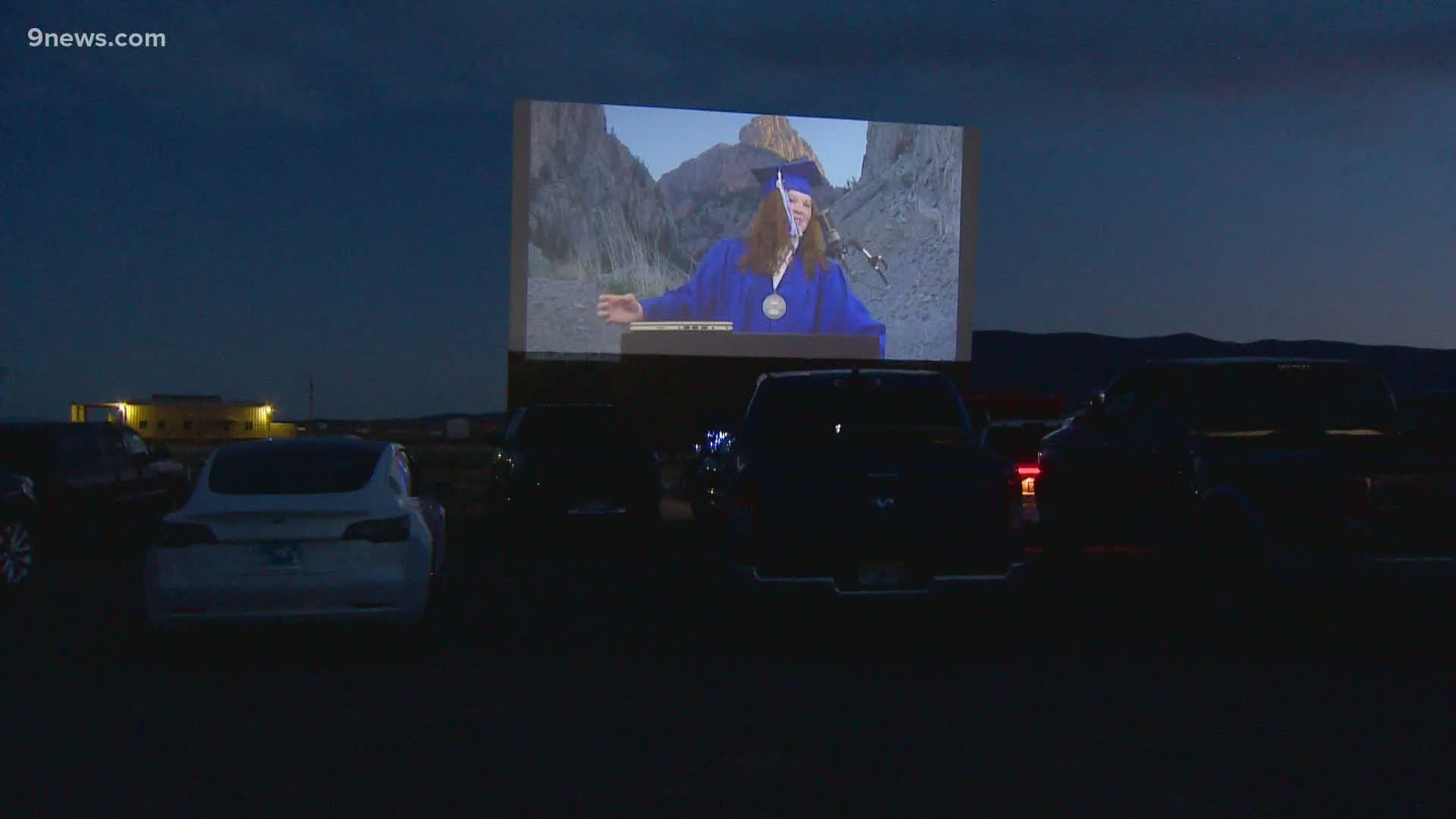 CREEDE, Colo. — If seniors graduating high school in Creede, Colorado could have scripted the perfect last year, they likely would have changed everything but the setting.

The old mining town sits at the base of stunning jagged cliffs in the San Luis Mountains.

“My favorite thing to do is to walk down the street at night. It definitely feels like some weird coming of age movie,” said senior Nova Thompson.

During the summertime, there are often more tourists than residents.

“It’s the smallest you can get with small towns, that’s for sure,” laughed Grace Whitehorn, fellow senior and the class valedictorian.

Herrmann, Thompson and Whitehorn make up a third of the graduating class of Creede School. A class of nine is fairly large compared to years past.

“2016, I believe it was, we had one graduate,” said Creede School principal, John Goss.

2016 was unique, and so is 2020. Students at Creede School, like those all over the country, spent the last months of the school year learning remotely. COVID-19 took away some of the most special moments of senior year.

The pandemic forcing seniors to spend their last semester apart was a plot twist no one wanted. Goss and fellow administrators decided to flip the script for graduation.

“We’re weren’t going to let something lame happen. We were going to do it right,” Goss said.

Rather than cancel a graduation ceremony, the school came up with a socially-distanced alternative in nearby Monte Vista. On May 21, they invited students and their families to the Star Drive-In Theatre.

“I had to go into the school a couple weeks ago to film my speech for graduation and they’re going to display it on the big screen at the movie theater,” said Whitehorn. “I think it’s going to be really weird watching myself on that big of a screen.”

On graduation night, administrators welcomed the cars that rolled in from Creede and instructed them to tune their radios to channel 88.1.

The graduating class of 2020 stood apart in a line to greet the parade of cars. The dusty parking lot likely felt more like the red carpet for the seniors.

The seniors waved and posed for pictures outside their own cars decorated with balloons and window paint.

“It’s weird because I’m seeing so many people that I don’t know,” Herrmann laughed, waving at passing cars.

Eventually, the seniors hopped in their cars and parked them in front of the big screen. As the sun set over the San Luis Mountains, the graduation ceremony began with seniors on the silver screen.

The speeches were pre-recorded, but still full of the emotion of any good Oscar acceptance speech.

“It’s me crying for most of it, I think,” said salutatorian Sadie Allen.

Seconds into Allen’s speech on the big screen, the tears started flowing.

“Thanks for the tissues,” she said, dabbing her eyes with tissues provided by a hand off-screen.

A captive audience of family, friends and teachers watched from their cars as the names of the class of 2020 were called out.

Seniors stood outside their cars as principal Goss and superintendent Collin Vinchattle used flashlights to illuminate each senior’s face.

The audience applauded in the form of car honks and flashing lights.

Students expressed their gratitude for leaders at Creede School for making graduation so memorable.

“The fact that they went the extra mile to do it is really nice,” said Nova Thompson.

Whitehorn was thankful so many came to support the class.

“We did our graduation like three towns over so for them to travel and make it here to support all the seniors – that was pretty exciting,” she said.

Graduation at the drive-in is not how seniors would have scripted the end of their senior year, but the event made seniors into the stars they deserved to be.

RELATED: Loveland honors Class of 2020 with 'Graduate Walk of Honor'