Chemical incident that prompted evacuation of school under control

An adult had trouble breathing after being exposed to a mixture of cleaning chemicals. As of 10 a.m., the incident was under control. 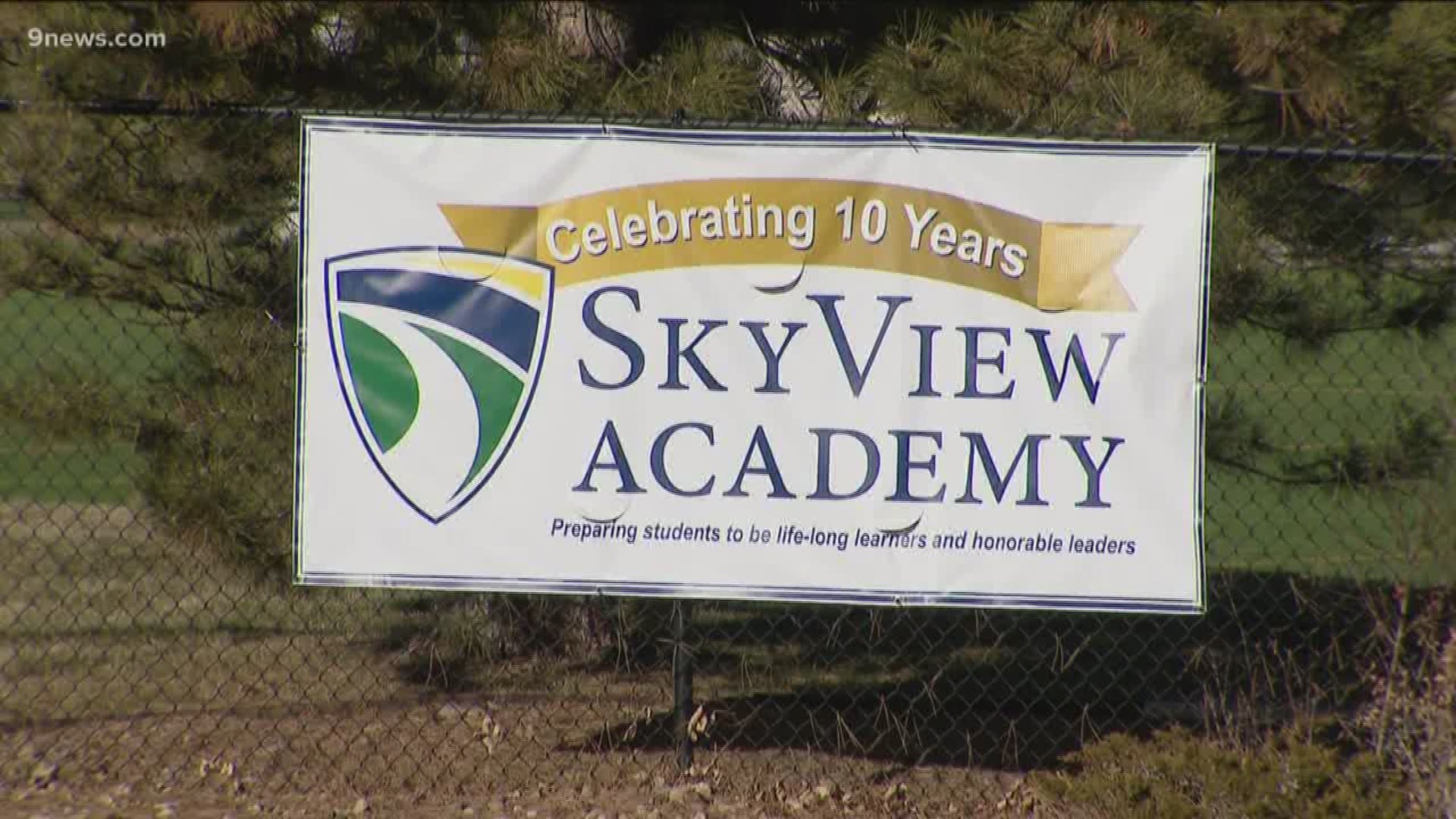 HIGHLANDS RANCH, Colo. — SkyView Academy in Highlands Ranch was evacuated Tuesday morning after an adult reported trouble breathing after exposure to cleaning solutions, according to a tweet from South Metro Fire Rescue (SMFR).

SMFR responded to the school located at 6161 Business Center Drive, at 8:39 a.m. The school is not far from County Line Road and Quebec Street.

In the tweet, SMFR said an adult was having difficulty breathing after exposure to a mixture of cleaning solutions in a bathroom at the school.

That person was taken to the hospital, according to SMFR. No one else was affected and the incident is isolated to that area of the school.

SMFR said the school was evacuated as a precaution as Hazardous Materials Technicians work to clean it up. Just after 10 a.m., the agency said the solution had been removed and the incident was under control.

They expected everyone to be let back inside soon.

RELATED: These are the 25 most expensive homes sold in Denver in 2019