Parents, school administrators and entire districts are split on whether there should be standardized testing in Colorado schools this year. 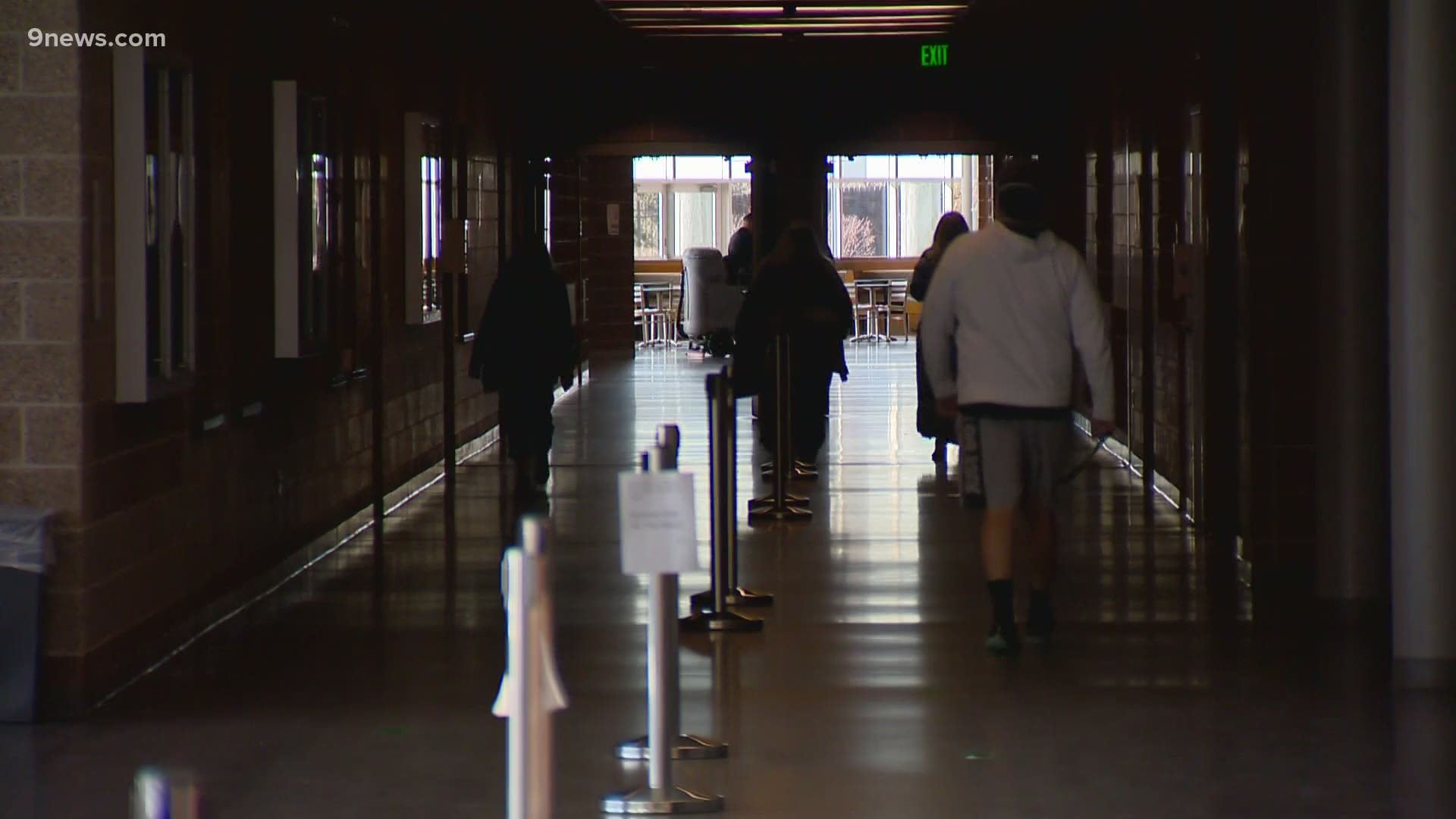 DENVER, Colorado — As April approaches, so does standardized, in-person testing in Colorado. The Colorado Measures of Academic Success (CMAS) test was canceled last year with an executive order from Gov. Jared Polis (D-Colorado).

So far this year, the test is moving forward. As of Thursday, a representative with the governor's office said they are not considering any executive action at this time.

As the February deadline to opt in or out of the test in some school districts is fast approaching, parents, school administrators and entire districts are split on whether the testing should continue.

The argument against CMAS testing

"They don't need a test that's going to cause more anxiety," said Carlos Hipolito-Delgado, a parent with two children in the Denver Public School District (DPS).

RELATED: Remote learning causes challenges for those without internet access

The argument for CMAS testing

That reasoning is exactly why other schools and parents want the tests to happen in 2021.

"The testing, I think, will have to hold school districts accountable for closing the gap on the education loss that's happened this year," said John Johnson, another parent in DPS whose son attends Denver East High School.

"If not testing, then give us a plan," Johnson said. "There has to be some plan. I just don't want us to go back to some sort of normalcy next school year and yet still have some kids left behind, not meeting basic expectations at their grade level because nobody came up with a specific plan about how to fix that."

Johnson said he wants CMAS to move forward in order to pinpoint where students like his 16-year-old son may be behind, to ensure educators start there when catching students up next school year.

"We believe here that data paints a picture," Aplin said. "For example, if I don't feel well, the doctor would run a bunch of tests, assess what's going on, ask me a lot of questions - the doctor would try to narrow the focus down so they could pinpoint where the problem is and determine the correct approach to solving my problem," she said. "That's exactly what we do in schools with the data."

Concern about how districts will administer standardized testing during the pandemic is also a big issue. Especially for districts like DPS where 40% of students are still learning remotely.

RELATED: Pressure builds on schools to reopen during pandemic

"They've opted for virtual to keep their families safe because they didn't think it was safe to go to schools," said Centennial Elementary School teacher Chris Christoff. "With CMAS, they're asking people to come back into the building. There is no virtual option for taking it."

As a teacher with 21 all-remote students, Christoff said he worries for their safety and the pressures their families may feel to compromise in order to test.

"I've talked to several parents who were like, 'I can opt out? I didn't know I could opt out'," Christoff said. "My school actually sent something out last week, thankfully, to let families know they don't have to come in. But still, people still feel that pressure that it's something they should do."

Hipolito-Delgado is also encouraging other parents with similar concerns to opt out. Although, he said it wasn't the most intuitive process.

"I don't think a lot of parents know how to opt out. It's not a process that was widely explained or discussed," he said, encouraging other parents in DPS to explore their parent portals sooner than later as Feb. 26 draws near.

CDE said Thursday, there is no statewide deadline to opt out. But districts like DPS have an opt out deadline of Feb. 26.

"We need this money in education. We need to be helping these kids through targeted interventions, through proven things that will help them in the years down the road. Not right now with a test," Christoff said. "Not with something that's going to create anxiety, that's going to put people at risk and take away more instructional time."

According to the state education department, $10.5 million dollars were returned to the state after the cancelation of the 2020 CMAS. But the department did not say where that money went, or how returns could/would be spent should the 2021 CMAS also see cancelation.

Hipolito-Delgado said he would like to see legislation that cancels CMAS for a second year.

A spokesperson with the governor's office sent this statement Thursday:

“We are not considering any executive action at this time. The administration is waiting on further guidance from the federal government regarding testing, but is committed to ensuring we can measure learning loss for our kids so we can take a proactive approach to address learning gaps through additional support and resources.”

"I think we would be remiss if we didn't note that there's a lot of money on the line for the people that produce these tests, as well," Hipolito-Delgado added. "I'm sure they've got an interest in making sure these tests happen."

CDE responded to that Thursday, saying the state's 2021 budget allocation for CMAS (and related alternate assessments) is about $23 million.

CDE said if CMAS is suspended for 2021, "standard contract language indicates that the department and each of the vendors would undertake reconciliation to determine what is owed should such suspension occur."