The student used a stick to stab them in the arms while attending the after-school program, according to a letter sent to parents.
Author: Caitlin Hendee, Jennifer Meckles
Published: 3:26 PM MDT September 11, 2019
Updated: 11:47 AM MDT September 24, 2019

DENVER — A student in the after-care program at Ellis Elementary School stabbed staff members in the arms with a stick earlier this month, according to a letter sent from the school's principal to parents.

Ellis Elementary is located at 1651 S. Dahlia St. in Denver and is part of Denver Public Schools (DPS).

During the incident, which occurred on Wednesday, Sept. 4, the student "became agitated" and injured some staff members with the stick, the letter says. The letter also says the student's parent was present at the time of the incident.

A student in the after-care program at Ellis Elementary School stabbed staff members in the arms with a stick, according to a letter sent from the school's principal to parents.
Courtesy: Meagan Weaver

The staff members, parent and student received medical attention after the Denver Police Department (DPD) and DPS Dept. of Safety were called, the letter says.

The student is in 4th grade, said Will Jones, a spokesperson for DPS.

"I would like to assure you that the safety and well-being of our students is our No. 1 priority at Ellis Elementary School," said Principal Jamie Roybal in the letter.

Roybal said school staff are following discipline procedures to deal with the situation.

Meagan Weaver identified herself as one of the staff members injured last week. Weaver said the student stabbed her in her collar bone, her shoulder blade, her back and her arm. She said she and another employee had to get stitches, due to the level of their injuries. 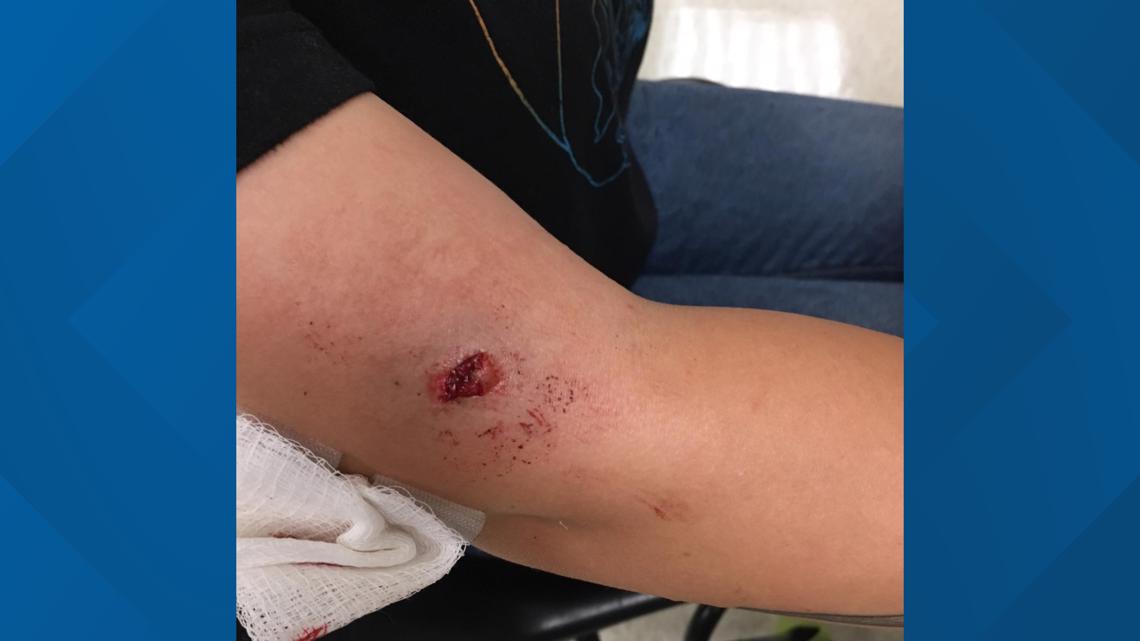 Weaver told 9NEWS she just started working for the after-school program at Ellis Elementary this year, but will not be returning to the school if the student who harmed her returns.

Due to student privacy laws, DPS could not share what specific disciplinary action the student now faces, or confirm whether the student will return to school.

But Weaver and other staff members said they believe the student is expected to return, so they are choosing not to come back to their job.

Re Gupta runs Discovery Link, the after-school program at Ellis Elementary, and said she is the Program Supervisor for the DPS Department of Extended Learning and Community Schools.

Gupta confirmed Wednesday night that she gave her two-week notice to leave the program. She said she also received notice from three other after-school staff members, including Weaver, about their intent to leave.

DPS, in a statement, said: "We have strong policies in place to assure that we are balancing the rights of both our students and our employees in this process."

"In order to maintain a safe environment, it is critical that students and others feel comfortable reporting to the appropriate adults when they know there are concerns in schools," Roybal wrote in her letter to parents.

Roybal wrote another letter to parents later saying the students family said they will not be returning to Ellis Elementary.

RELATED: Safe2Tell reports big increase in number of tips received this May