"I think you have to be an agent in the change that you want to see anywhere," said Karia White, a senior at the university. 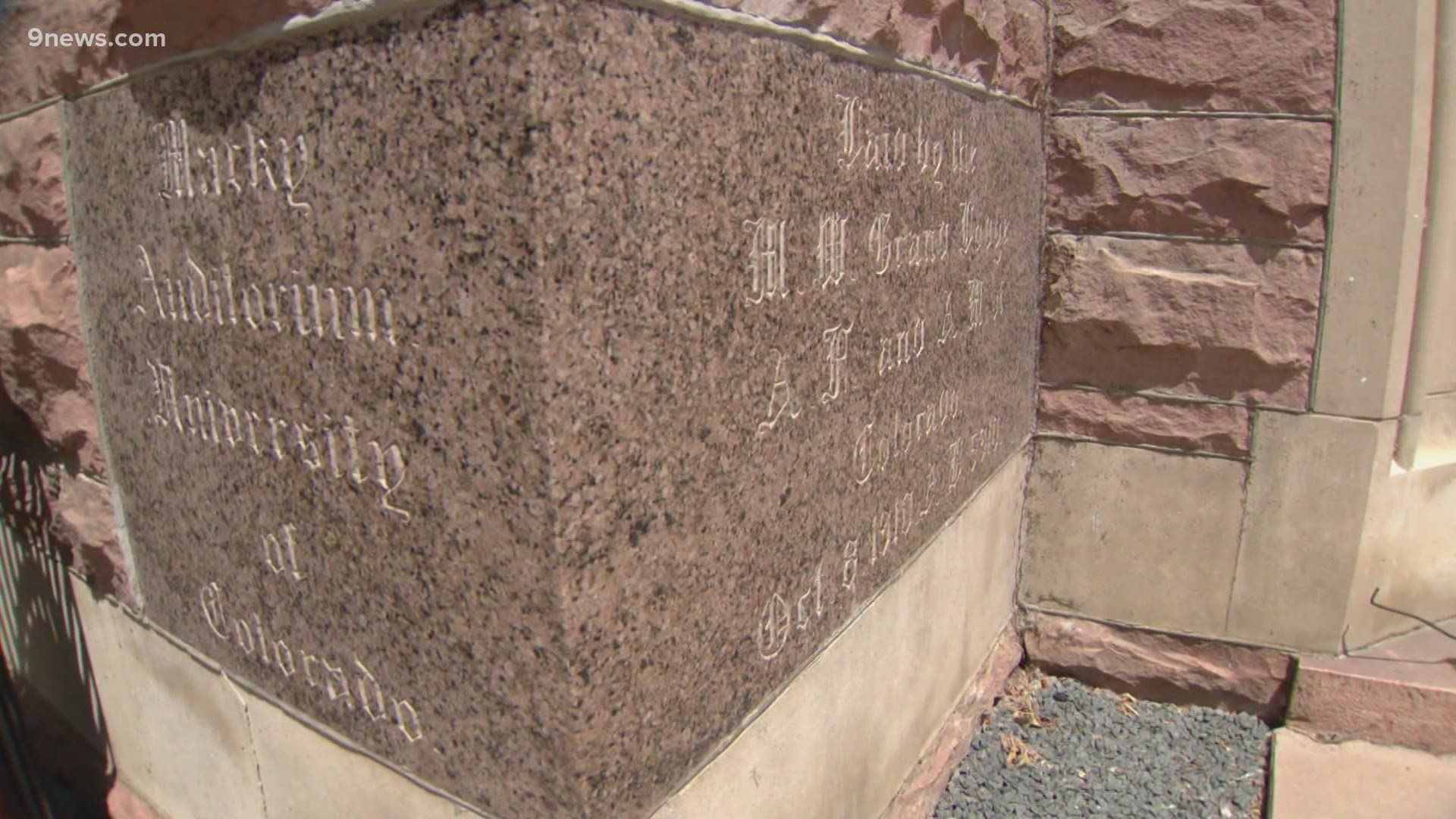 BOULDER, Colo. — Students at the University of Colorado-Boulder recognized a need for a space where Black students, faculty and alumni could find a sense of community and belonging.

Then, they did something about it and worked with their professor, Dr. Reiland Rabaka, to form the Center for African and African American Studies (CAAAS) – it can also be referred to as "the cause."

"It’s a center that will hopefully bring a sense of community to the Boulder campus, particularly emphasizing building Black community on the Boulder campus," said Dr. Rabaka. He said the center will have three program areas: research, visual and performing arts and student services.

The university announced the program would have a home at the Macky Auditorium on Thursday.

"Looking at where we are right now, Macky Auditorium, I think of Lucille Buchanon, who was the first Black woman to graduate from Boulder and was not allowed to walk the stage," said Ruth Woldemichael, a senior at the university who played an instrumental role in forming the center. "Now, to know that Black students are not only walking this stage, but have a center in this same building, I think that speaks for itself."

Dr. Rabaka hopes the center not only benefits students and faculty, but also the community in Boulder and the Denver area.

"There’s a real need to learn more about the African-American experience in Colorado, especially Denver and even more especially in Boulder, Colorado," he said.  "There’s some significant contributions that African and African American people have made in Boulder that somebody can go here for four years and never learn anything about it. The center seeks to change that."

Woldemichael and fellow classmate Karia White, said they wanted the center to serve as a nexus of knowledge, but also want it to be a safe, welcoming space for other Black students.

"A lot of students, myself included, come to Boulder and have a really predominately white area that you are trying to navigate, and for myself it was really hard to find that community," said White.

White played an instrumental role in petitioning for the center, and collaborating with fellow students about what they wanted the center to become.

"I really want this to be a place where students can come and know that they are seen and heard and loved and have a place where their knowledge is also respected and revered," said White.

Woldemichael said she wants the center to be a space that's more than just academics. "[I want this to be a space of] celebration of our history and our presence and our existence on this campus, a space of joy, a space of magic."

RELATED: 'She was basically housed in a separate facility': CU's first Black nurse fought racism to help others in need

Dr. Rabaka said the most exciting part of this journey was witnessing his students take what they learned in his Black Lives Matter course and apply those lessons to create positive impacts in the university.

"They were doing something, we were petitioning, we were protesting, we were lobbying this university to transform itself," he said. "The students have taught me so much through this process if I can be honest with you...this is about them."

Woldemichael and White said they struggled to find a sense of belonging on campus, but are proud they are leaving behind CAAAS for future generations.

"To know that we’re leaving something here where future Black students can come and can breathe, celebrate can be together...I mean this is transformational for the Boulder campus, for Boulder as a city and for Colorado and the University of Colorado system," said Woldemichael.