Sometimes the best way to learn a lesson is for students to skip class. That's what Grace Davis believes as she organizes a protest against the Douglas County School District. 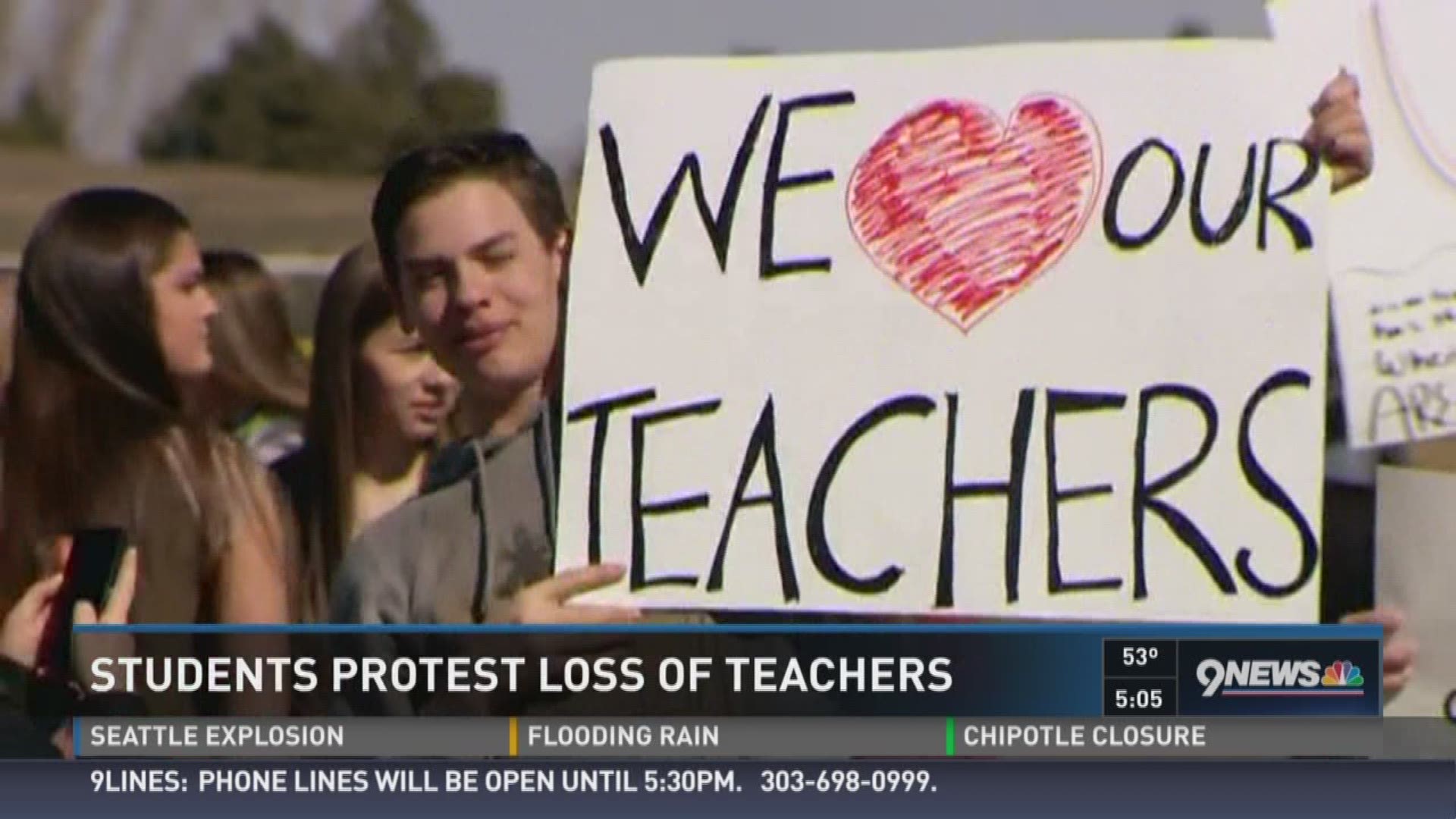 Sometimes the best way to learn a lesson is for students to skip class. That's what Grace Davis believes as she organizes a protest against the Douglas County School District.

"Finding out the numbers like with our school specifically, like, 33 teachers in the last three years that seems crazy cause that’s 33 more relationships you need to remake the next year," Davis said.

Davis urged dozens of students to skip class and spend the day with protest signs on the soccer field at Ponderosa High School. From 2014 to 2015, the Colorado Department of Education reports that 562 teachers left their jobs in Douglas County -- amounting to a 16.7 teacher turnover rate.

"Everyone here knows a teacher who has left just cause that turnover rate is really large," Davis said.

The neighboring Cherry Creek School District has a 9.3 percent teacher turnover rate, according to the Colorado Department of Education.

Other large districts like Denver and Aurora post teacher turnover rates higher than 20 percent. She does not believe there is a serious problem in Douglas County.

"The vast majority of our teachers are effective and highly effective. We’re retaining over 90 percent of those people," Fagen said. "If you’re a parent, I think you have to recognize that that’s good news."

Davis says the district has created a hostile work environment for teachers who don't feel supported.

"A lot of them just have a problem with the uperintendent and how she chooses to run things," Davis said.

Fagen says turnover is just a part of the normal issues a district like Douglas County has to deal with every year.

"Sometimes, we can’t keep teachers from leaving the district because they feel like the opportunity they’ve been given somewhere else is so great for them, their family whatever and we understand that," Fagen said. "We do work hard to pay attention to our regrettable turnover."

"A bunch of police officers and the district people are here and you know we’re kind of being treated like we’re a bunch of thugs almost, you know," Bradley said.

"Pretty soon we’re gonna have just crappy teachers cause nobody is gonna want to come to Douglas County," Bradley said.

"In a lot of our schools, the morale is quite good," Fagen said.

Davis disagrees and she will discuss the matter with Fagen on Thursday.

"We love our teachers. We just want to know why we haven’t fix the problems," Davis said.