Director cites "bogged down" inquiry in letter announcing that he will resume his duties. 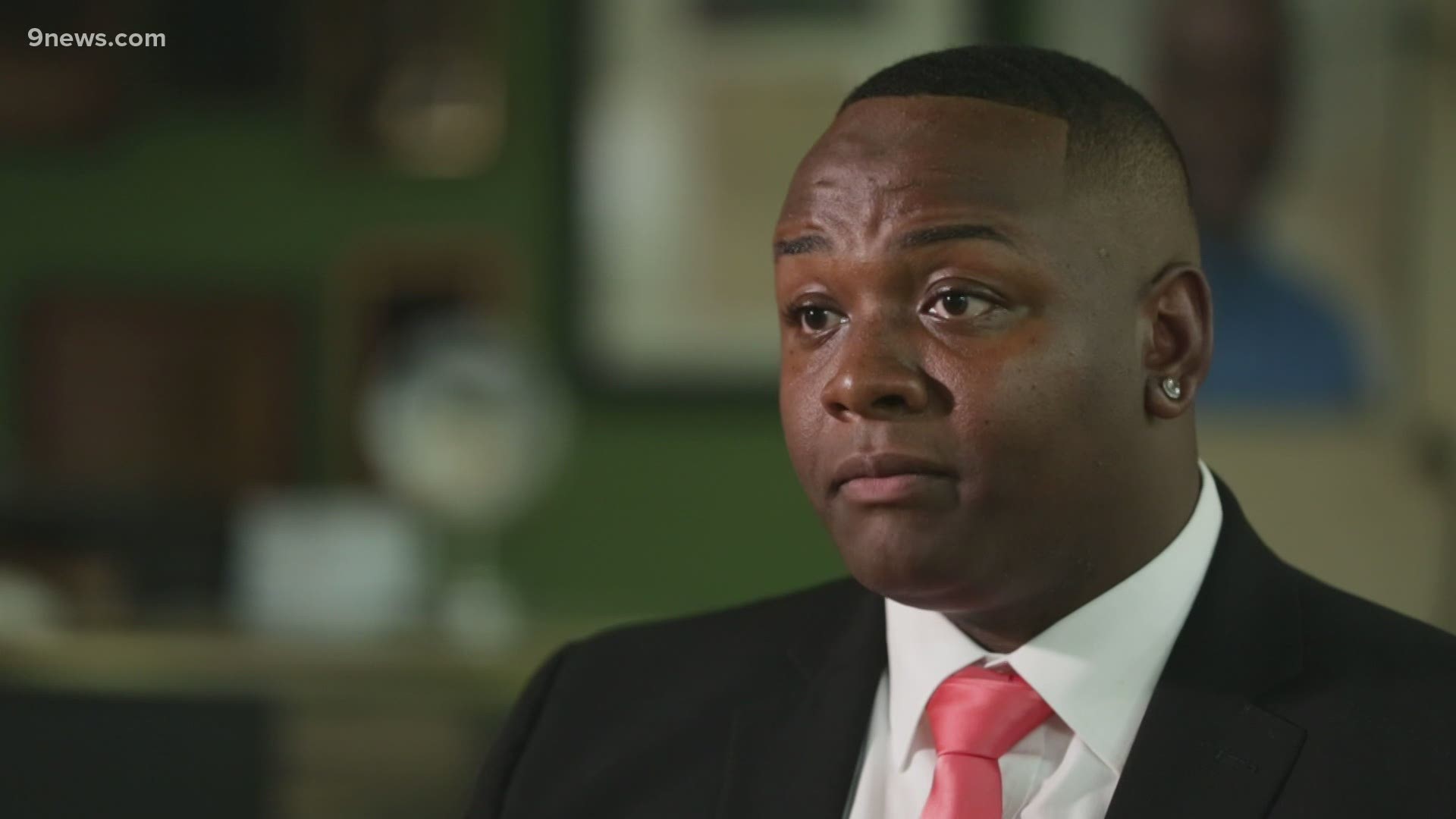 DENVER — Denver Public Schools board member Tay Anderson has announced he will return to his board duties, saying an investigation of allegations of sexual misconduct against him has “bogged down,” 9Wants to Know has confirmed.

On May 30, Anderson announced he would step back from board duties in the face of the unspecified allegations, saying he would wait for the investigation to be completed before returning. That investigation is ongoing.

He held a news conference at 5 p.m. on Tuesday. You can watch it in full below:

In an open letter sent to members of the district’s board on Wednesday morning, Anderson said he would step back into his role as a director now.

“Today I am emailing to inform you that I am returning to my full duties as a duly elected member of the Denver School Board,” Anderson wrote, in part. “This is effective immediately.”

The allegations against Anderson have been the subject of numerous unanswered questions.

The DPS board launched the third-party investigation in April after the community organization Black Lives Matter 5280 said that in late February, a woman came forward alleging that Anderson "is the perpetrator of her sexual assault."

The group later said more women had come forward, and a woman named Mary-Katherine Brooks Fleming asserted during testimony before a legislative panel that 62 victims had come to her claiming abuse ranging from unwanted touching to violent rapes. Although she did not name Anderson by name, it was widely reported that he was the subject of her allegations.

To date, 9NEWS has not been able to corroborate any allegations of sexual misconduct against Anderson. 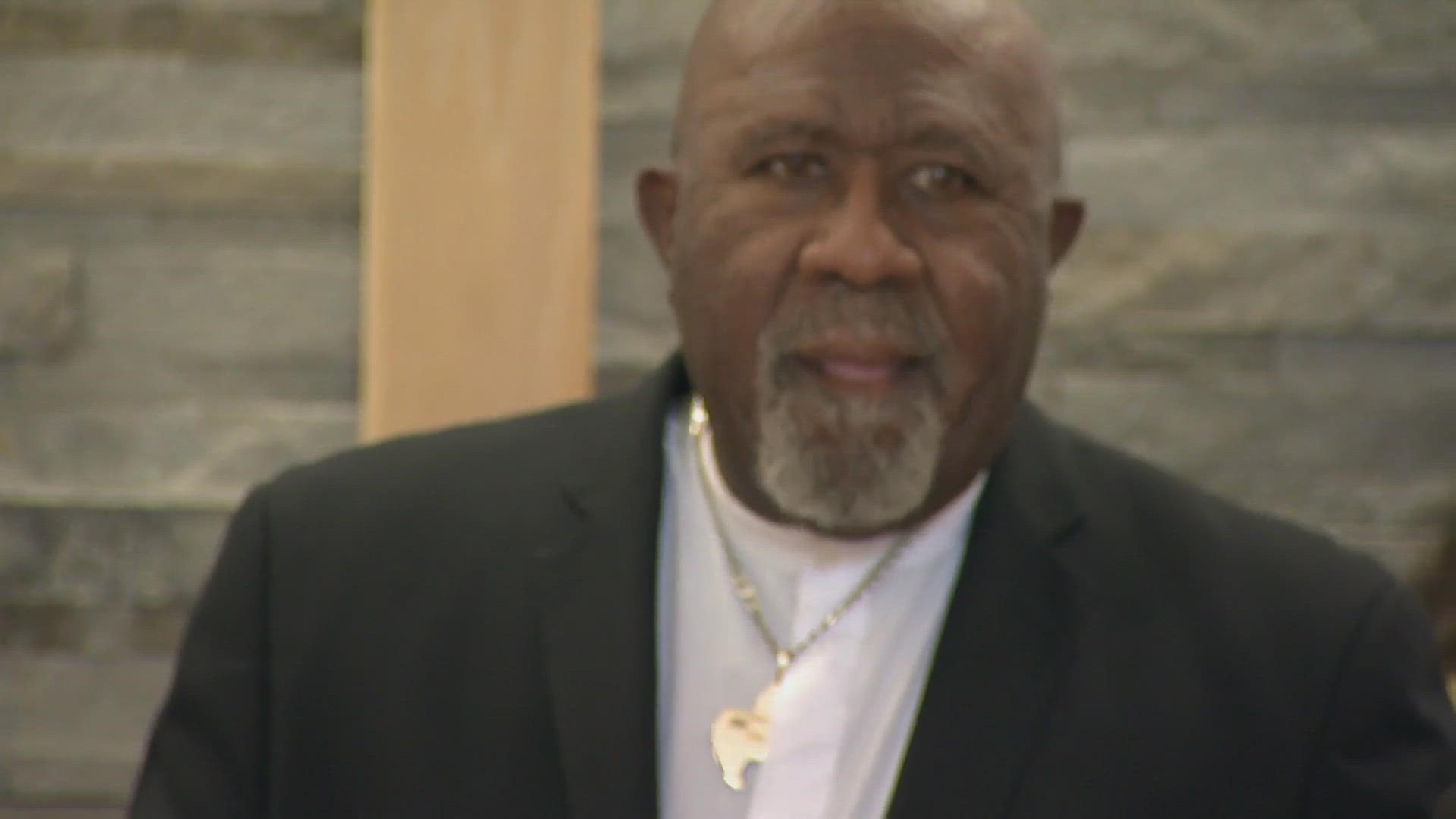 At the time an attorney representing Anderson, Christopher Decker, said that he “categorically denies” the allegations.

“To the extent that Ms. Mary-Katherine Brooks Fleming has publicly stated that 62 victims have come to her claiming abuse ranging from unwanted touching to violent rapes, Director Anderson specifically denies any unlawful touching or assaults during his brief time as a teacher and since his election to the DPS Board,” Decker’s statement said, in part. “These acts never happened. Not a single child, parent, therapist, teacher, police officer, doctor, or individual has come forth to substantiate these incredible assertions.”

At the time he stepped down, Anderson said in a message posted on Twitter that "these unsubstantiated false allegations have caused a great deal of trauma to our entire district."

"These false claims have put my family and I in harm's way and now as a father and son I must protect those I love first, therefore I will be stepping back from everyday board functions until the completion of the independent investigation.”

It was originally anticipated that the investigation, being conducted by the Investigations Law Group, would take about 30 days or so.

In his letter Wednesday, Anderson said the fact it wasn’t completed played a role in his decision to go back to work.

“The independent investigation has bogged down, drifted into new areas, and dragged well past the timeline that was agreed to,” he wrote. “No credible evidence has emerged to support any allegations of sexual misconduct by me. I have not been arrested, charged, or even contacted by any law enforcement agency regarding any of these false claims against me.”

In response, the board released a statement of its own:

“Although there are no public Board duties for the month of July, we are very much aware of the importance of resolving this investigation so the board can get back to the work of supporting our students, schools, and educators when they return to school in August.

“One of the reasons that the board launched this investigation was because, consistent with our values, we believed a young Black man deserved due process and a fair evaluation of anonymous allegations that were made on social media. We hired independent, neutral, and trained investigators to review these claims. Because they are independent, it is not our role to tell them to shut down their investigation early, before they believe they have gathered and reviewed all available evidence.

Today I sent this open letter to my colleagues on the Denver School Board in regards to my future on the DPS School Board.

Warning: This letter discusses my battle with depression and contemplating suicide.

A copy of Anderson’s letter was provided to 9Wants to Know by DPS. It reads as follows:

On April 6, 2021 Denver Public Schools (DPS) announced that they had hired a private law firm (ILG) to conduct an independent investigation into allegations of sexual assault against me. BLM5280 first reported these allegations on March 26, 2021. I have always categorically denied these allegations, thus I agreed to cooperate with and participate in this investigation, which, I was told, would be completed in thirty days.

In May, DPS and ILG announced the investigation would take an additional thirty days to complete (thus adjusting the timeframe from the end of May to the end of June). Despite multiple attempts to connect in April and May, I was not contacted by ILG for an interview until early June.

However, on May 26, 2021, a Mrs. Fleming testified to the Colorado State Legislature that a serial predator had victimized an excess of sixty “DACA” students from the DPS community. Although Mrs. Fleming has never specified that I was the serial predator who she was referring to, DPS and others immediately named me as this alleged serial predator. Despite not a single student being identified, or having come forward, ILG expanded their investigation to include these unsubstantiated third party claims. In response, I have publicly and categorically denied ever victimizing any DPS student whatsoever.

Out of respect to our students, on June 1, 2021, I informed our DPS community that I would be temporarily stepping back from everyday board functions while the independent investigation initiated by my fellow board members concluded. This public statement was issued after my request for a private leave of absence was denied and I was told that “The board would no longer remain silent at Tay’s request.”

Despite promises that this investigation would be completed within thirty days, then later prior to the start of the 21-22 school year, I have fully cooperated and participated in the independent investigation being conducted by ILG. I am now told that the investigation will not be completed for at least another four or five weeks, leading us to mid-August. The timeline of this external private investigation has changed multiple times and the scope of its inquiry continues to change. Although I remain committed to engaging in a transparent and fair process, I can no longer wait for this process to conclude to initiate my return to serving the families of the Denver Public Schools.

Today I am emailing to inform you that I am returning to my full duties as a duly elected member of the Denver School Board. This is effective immediately.

I do not make this decision lightly. The independent investigation has bogged down, drifted into new areas, and dragged well past the timeline that was agreed to. No credible evidence has emerged to support any allegations of sexual misconduct by me. I have not been arrested, charged, or even contacted by any law enforcement agency regarding any of these false claims against me. And, more than anything, our DPS community has been fractured by these false allegations, and I am left compelled to try and heal the divisions which this situation has caused.

The important work which must be done for the upcoming school year cannot wait any longer for my elected participation. Despite the original agreements on the scope and timeline of this investigation between myself and ILG, the independent investigation has drifted into vastly new areas, including a period of time when I was not even an adult, an employee of DPS, or an elected member of the DPS Board.

I am committed to healing the harm this entire controversy has caused to our communities, but I can’t and won’t do that alone. There must be a commitment from all of us to seek true, transformative justice to heal the harm that all of us have experienced.

Nothing is more important than the work we must do to create safe pathways for survivors in our community to come forward, share their stories, and seek true, restorative justice. The restorative decisions we are making right now as a community are an opportunity to strengthen our sex education and consent courses in DPS. The space we hold right now is a precipice to be bold in how we refute the racist narratives that have plagued sexual violence for so long. We stand in a place where we must believe and trust in science that fights the COVID-19 virus and its variants. All of this work remains too important for me to be away any longer.

We must still remain centered in our commitment that all students in DPS have basic human rights afforded to them, regardless of who they love, how they identify, or what trauma they may have experienced. There is so much more work to do. I am committed to doing the people's work until the end of my term in 2023, and believe that in order to do the best work for our community, it is imperative to have ALL members of the Denver School Board engaged and actively representing the constituents that duly elected them.

Let’s get back to work. - Director Tay Anderson, At-Large