BLM5280 came forward in March on behalf of a woman alleging that Anderson "is the perpetrator of her sexual assault." BLM5280 said more women have since come forward 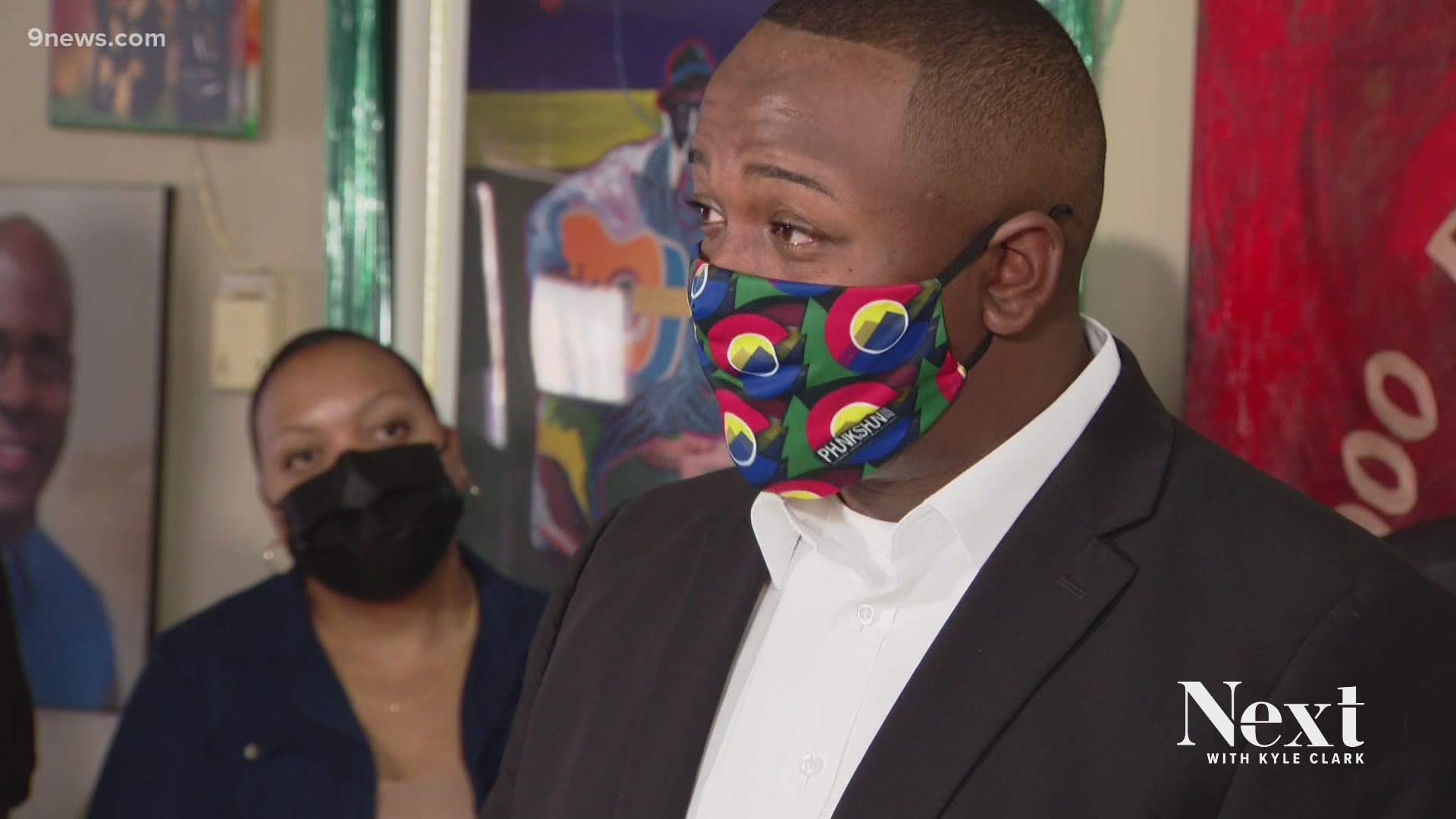 DENVER — The Board of Education for the Denver Public School District (DPS) said it has authorized an "independent fact-finding investigation" with a third party that will look into recent allegations made against board Director Tay Anderson.

The board announced Tuesday that it secured an agreement with Investigations Law Group for that process.

"We want to create space for all members of our community to be heard, while we also ensure a fair process for everyone involved. Director Anderson has been informed about this investigation and supports a fair and thorough process," a statement from DPS said.

On March 26, the community organization Black Lives Matter 5280 said that in late February, a woman came forward to BLM5280 alleging that Anderson "is the perpetrator of her sexual assault."

Details of the alleged assault have not been released but the organization released a statement on its social media pages that said, in part:

"At the request of the alleged survivor, we are publicly sharing this information in hopes of ensuring her and all of our safety and well-being. We trust that our supporters and community partners, as well as Dir. Anderson’s supporters and community partners, will be mindful of the struggle in outing oneself as a survivor of sexual assault; particularly when bringing allegations forth against a person in a position of power and influence. As such, the alleged survivor has requested to remain anonymous at this time."

"We will not allow the alleged survivor from yesterday’s statement or any of the other women who came forward afterward to be bullied into showing their faces," BLM5280 said.

Anderson has denied ever sexually assaulting anyone but said he cannot comment specifically on the claims because he is unaware of the details of the allegations.

As of last week, the Denver Police Department had not received any reports against Anderson.

Statement from Denver Board of Education

In our role as a Board, our first commitment is to serving the students, employees and community of Denver Public Schools. We want to create space for all members of our community to be heard, while we also ensure a fair process for everyone involved. Director Anderson has been informed about this investigation and supports a fair and thorough process.

The Board looks forward to an independent view of the facts while we continue to serve the DPS community and focus on the important work of identifying a new superintendent and supporting our schools and students as we continue to reinvent education in the midst of a pandemic. Until the investigation is complete, the board will not make any additional statement.

Should you wish to contribute to the fact-finding process, please contact Investigations Law Group at interviews@ilgdenver.com. All communication will remain confidential.