Robert F. Smith graduated from East High School and spoke at DU in 2017. 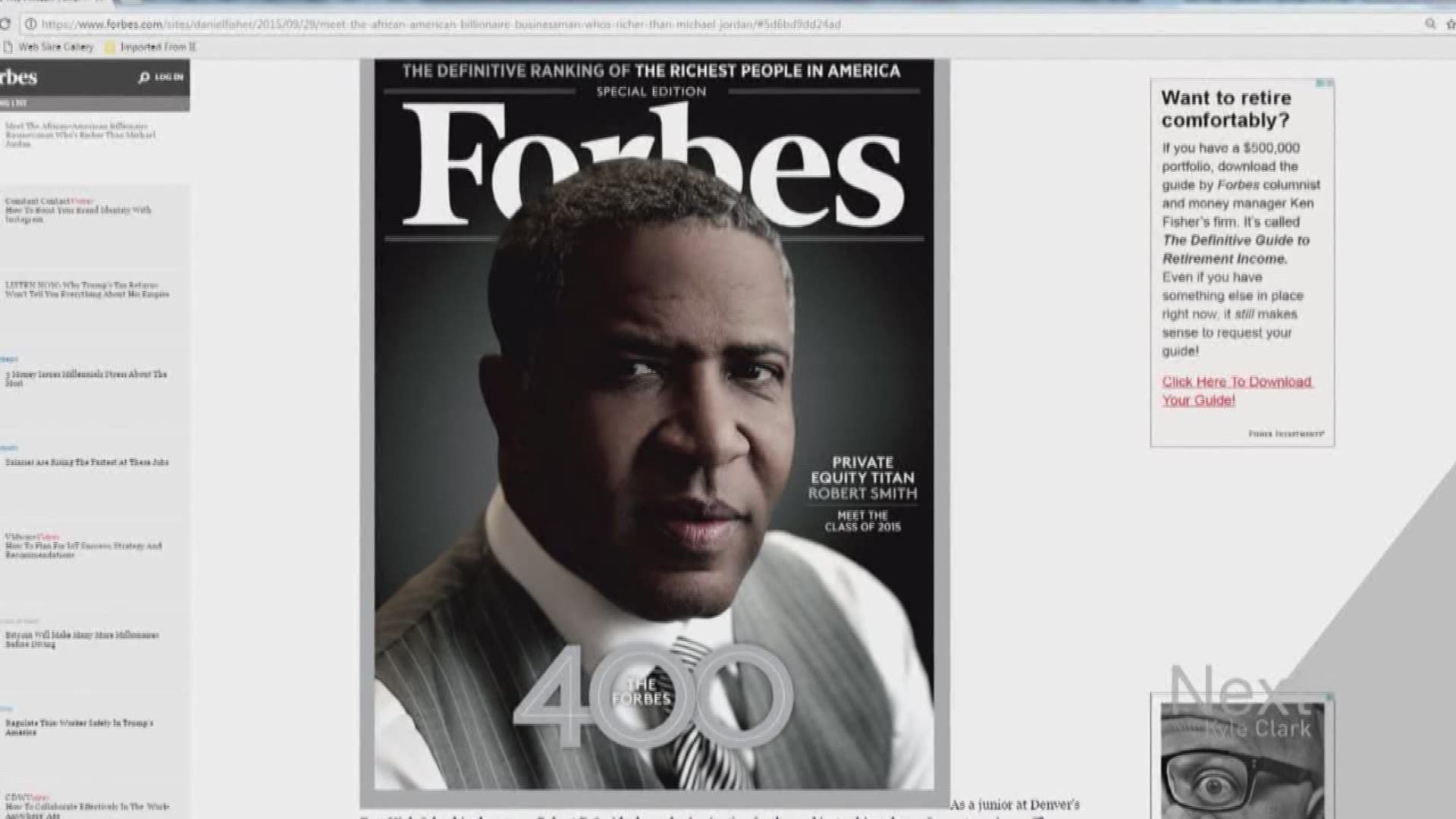 DENVER — The billionaire investor who announced that he would eliminate student loan debt for the Morehouse College class of 2019 grew up in Denver and graduated from East High School.

Robert F. Smith made the announcement while giving the keynote speech at the historically black college for men in Atlanta on Sunday.

"My family is going to create a grant to eliminate your student loans," Smith said to the graduating seniors. "You great Morehouse men are bound only by the limits of your own conviction and creativity."

A Morehouse official said the gift was worth about $40 million. 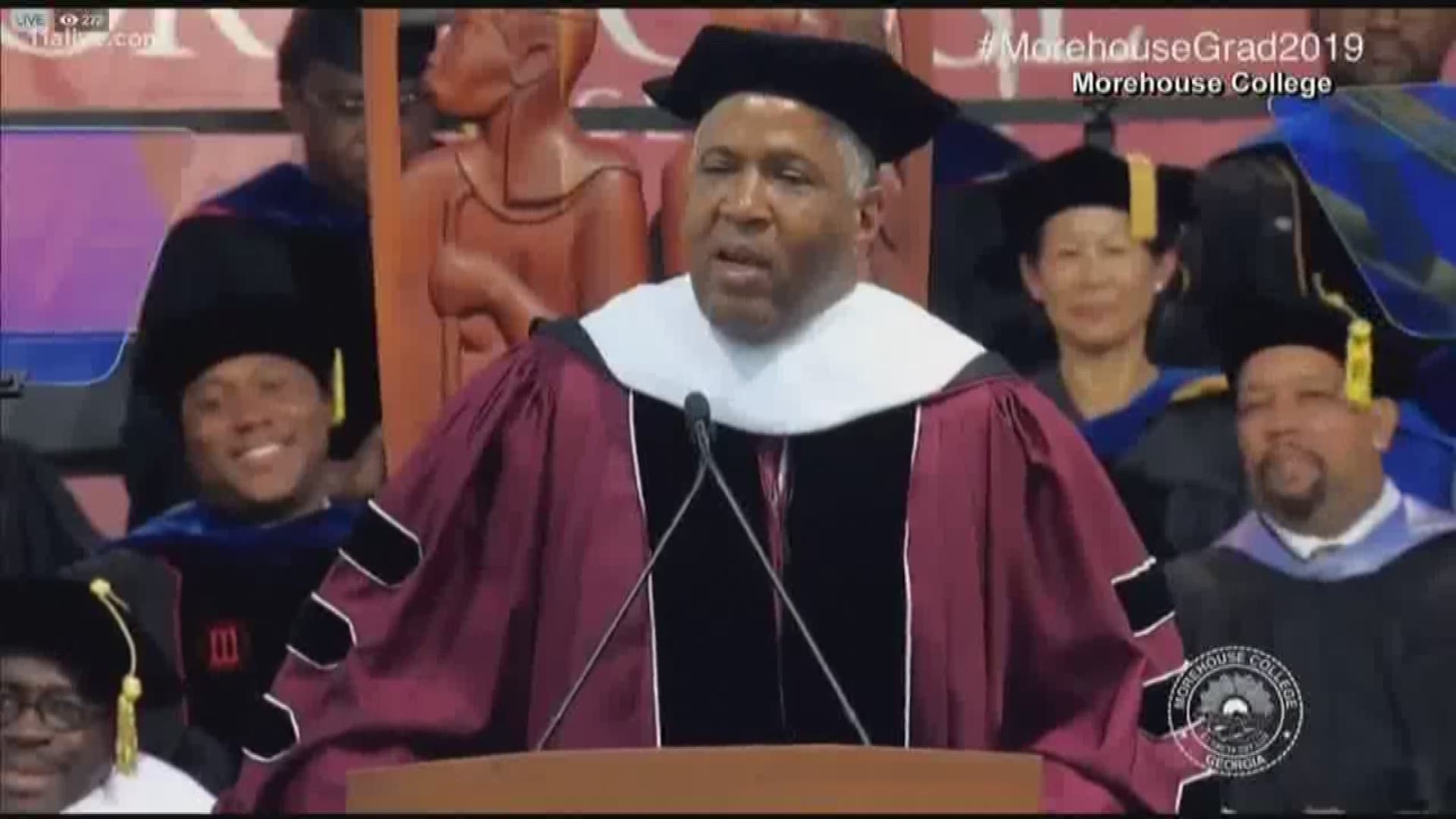 As a junior at East, Smith became enthralled with computers. So much so, he wanted to obtain an internship at Bell Labs in Denver. Even though that internship is reserved for college students, he called Bell Labs for two weeks straight and once-a-week for nearly six months before finally inviting him for an interview. Smith ended working at Bell for years, which fostered his love for science.

Smith founded Vista Equity Partners in 2000 and has since built that firm into a billion-dollar enterprise, investing in technology and software around the world. The firm manages commitments of more than $46 billion and oversees a portfolio of more than 50 software companies globally.

His gamble paid big off, Smith landed on the illustrious Forbes List as the richest African-American in the nation. In 2019, his net worth was about $5 billion, according to the Forbes List.

In 2017, Smith delivered the commencement speech at the University of Denver's (DU) graduate ceremony. After years of keeping a low profile, Smith embraced the public eye in recent years and agreed to speak with Next. It was his first television interview in the United States. You can watch that full interview below or by clicking/tapping here.

He said he wanted to serve as a role model for all, especially young black men.

"It's important that these young African-American men understand there are people like Robert Smith out there who can actually be learned in the sciences and engineering and in finance," Smith said in 2017.

Sunday's gift wasn't Smith's first charitable donation. He gave $50 million to his alma mater, Cornell University. Smith contributed $20 million to the Smithsonian for the founding of an African-American history museum.

Though he is based in Austin, Texas, Smith owns a ranch in the mountains called Lincoln Hills which gives minority kids and wounded military veterans a chance to experience what Colorado is all about like horses, hiking, and fishing.

"We get about 5,000 school kids every summer. We get about two-to-three hundred wounded veterans through our Anglers of Honor program," Smith said. "All those things are an important part of what I call building the fabric of what makes Colorado great."