The district had told 9NEWS that Dr. Thomas Tucker had been in Arkansas visiting his ailing mother before he resigned on Tuesday night. 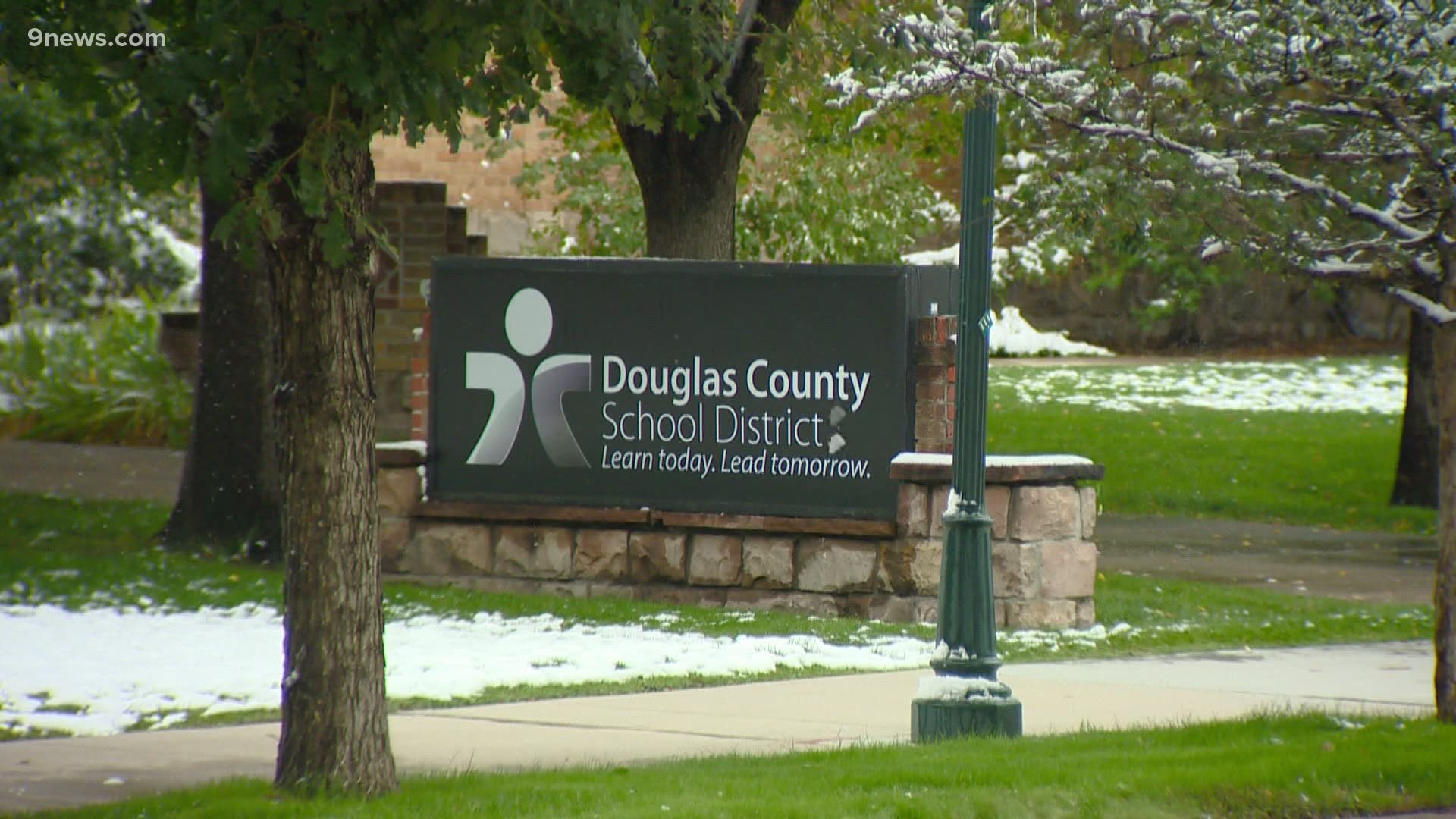 DOUGLAS COUNTY, Colo. — Prior to his resignation, former Douglas County School District (DCSD) Superintendent Dr. Thomas Tucker had been placed on paid administrative leave amid an investigation of “allegations of improper conduct.”

That’s according to a Sept. 3 letter from DCSD Board of Education President David Ray that was first obtained by 9NEWS on Friday night. This story was first reported by the Parker Chronicle.

“The Board will be hiring an outside investigator to conduct a fair and impartial independent investigation into this matter, and you are expected to cooperate with the investigator,” the letter reads.

The letter does not detail what the alleged improper conduct is, but does say the leave “is not disciplinary in nature but is for the purpose of protecting your rights as well as the interests of the District during the investigative period.”

During the leave, Ray's letter says, Tucker was barred from being on district property or attending any associated events without Ray’s permission.

Five days after the letter was sent, Tucker resigned during a special Board of Education meeting. That resignation is effective Sept. 30.

Tucker said during the meeting that remaining in the position "has become increasingly, personally difficult." He also said nobody forced him out. Ray said people shouldn't buy into "conspiracy theories" surrounding Tucker's departure.

In a statement to 9NEWS earlier this week, the DCSD said, "Superintendent Thomas Tucker is currently on leave and visiting his ailing mother in Arkansas. No further information is available at this time."

Tucker was hired in April 2018 and began his duties on July 1 of that same year, according to his contract, which ran through June 2023. As part of the agreement, he was reimbursed for up to $15,000 for relocation expenses related to his move from Ohio to Caste Rock and is being paid $258,420 annually.