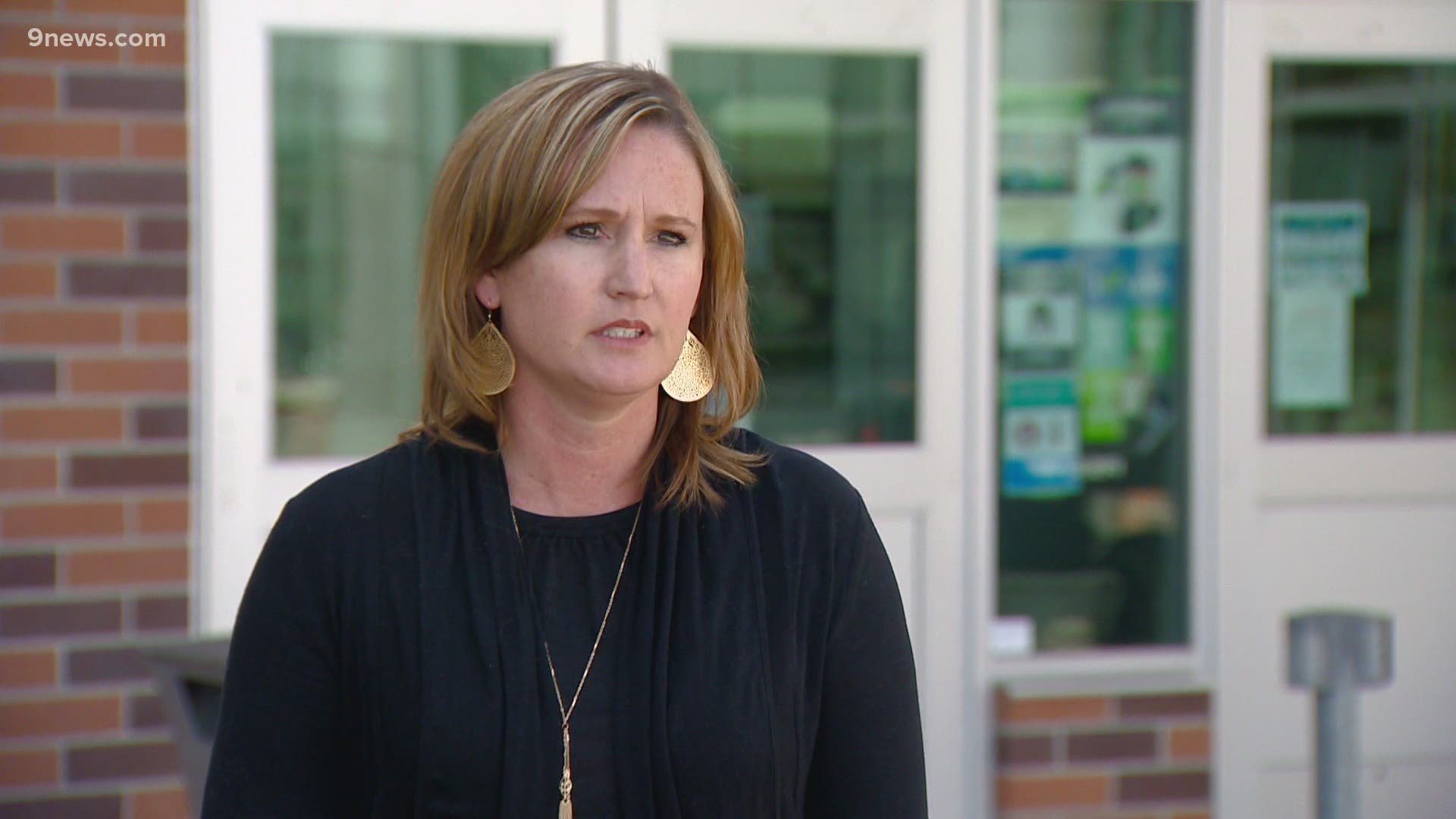 WESTMINSTER, Colo. — When Westminster High School announced it was temporarily closing, student Kaylee Johnson said was not shocked based on seeing what's been going on at her school.

"I wasn't surprised because I didn't think that enough precautions were being taken, but it's really not the school's fault," she said.

Kaylee is a third-year student at Westminster High School. This summer, Westminster Public Schools was one of the first districts to announce plans to have full in-person learning for the fall semester.

But, the district elected to have the high school switch to fully remote learning on Monday after a third positive COVID-19 case in the building.

"They were doing the best they could," Kaylee said. "But, I think it was somehow spreading."

Kaylee said the school and its COVID-19 protocols are not the problems. She said it's the students. Kaylee believes people were coming to school sick.

Monday afternoon, Principal Kiffany Kiewiet sent a letter home to parents asking students to be socially responsible by keeping their distance from others and wearing masks even away from school

Kiewiet said students need to think about more than just a couple of days ahead.

"We're not thinking about, do we want a basketball season? Do we want a prom? Do we want to have graduation?," Kiewiet said. "Those are kind of things that we need to look a little bit further down the road."

In-person learning is set to restart on September 22. Kiewiet said she believes behaviors will change.

"Our Westy community always responds," she said. "They always do. Our kids respond. Our parents respond."

Kaylee said she hopes they do, so in-person classes can resume safely.

"It's just you don't know who has it unless everybody is getting regularly tested," Kaylee said.