Westminster Public Schools is expected to pass a formal resolution to submit to the Colorado Department of Education. 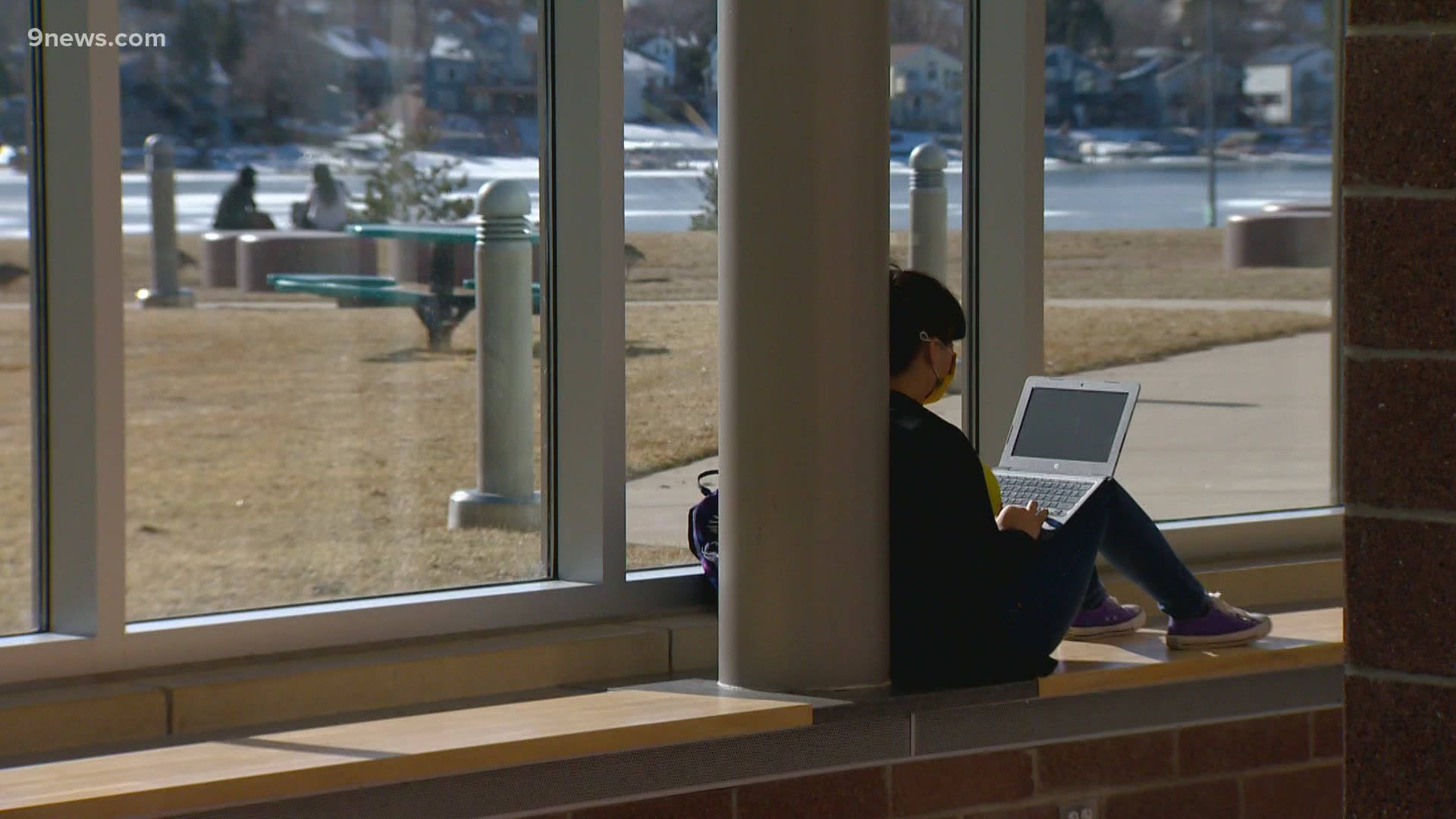 WESTMINSTER, Colo. — At this moment, every student at Westminster High School inside classrooms and all of those fully remote have to take state standardized tests, but Dr. Pam Swanson wants to take this moment to request a delay.

"I believe it would be the right decision for this year until we're past this pandemic," Swanson, the superintendent of Westminster Public Schools, said.

Swanson said the WPS school board is expected to approve a resolution to formally ask the Colorado Department of Education to call off this year's tests on Tuesday night. Swanson said the district needs to focus on health and safety and keeping kids from falling behind during COVID-19.

"The last thing we need right now is to put extra pressure on kids -- and teachers, for that matter," Swanson said.

The Colorado Department of Education has a different take, according to its Director of Communications Jeremy Meyer.

"For now, the tests are still on," Meyer said.

Meyer said not only do state and federal laws require the tests be given, but Meyer said educators need this data to show exactly how the pandemic has impacted learning.

"We believe that this information is critical as we look to focus on resources on where they're needed the most," Meyer said.

"We don't need a standardized test to tell us that kids have struggled," Swanson said.

At Centennial Elementary School in Denver, the principal sent a letter home to parents stating that all fully remote students have to come into the building to take a test. Swanson said that is an issue for all districts.

Meyer said there's no current plans to administer standardized tests remotely. He said the tests have to be proctored and cannot be done online -- at this moment. But, he said changes can come from the state legislature or waivers could be issued by the federal government like last year.

"That hasn't happened for this year, yet. It may," Meyer said. "We don't know what the new Biden administration is going to do at this point."

Meyer said standardized tests can be given without penalizing schools, districts or teachers for low scores, especially during the pandemic.

Swanson said the better answer is putting a hold on tests for one more year and maybe find a new system of measuring student achievement.

"We need to just take a timeout and let's regroup," Swanson said.