What determines a credible threat to a school?

So far this school year, 6,256 reports of threats have been called into the state's Safe2Tell program. How do schools tell which one is a credible threat and which one is not? 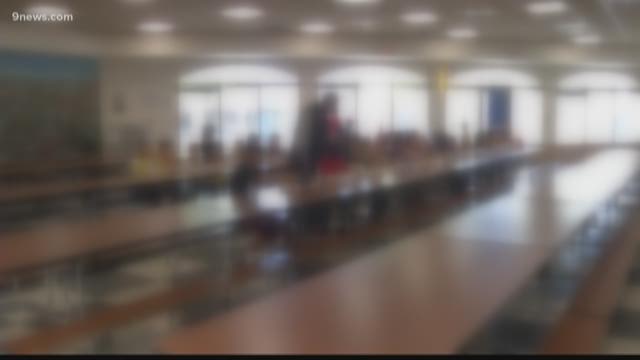 Two students reported a threat of a shooting against Chaparral High School on Tuesday. Authorities decided the threat was not credible.

But many parents were left wondering, what makes one threat more credible than the next?

"What do we know about the student? Do we have behavioral issues that we've identified in the past that are concerning? Has the student ever been known to have a weapon? Does the student have a record?" said John.

He gave us an example of what was not a credible threat.

"It wasn't that long ago," he explained. Two students were sitting around a lunch table talking. "One [said], 'I'm so mad I could just shoot up the school right now.'"

The students around the table reported it and John's team looked into it: "The student had just broken up with his girlfriend and the student had gotten a bad grade on a test," said John.

It was the perfect storm for a teenager.

The security team decided it was not a credible threat. The student had no real intention to shoot up the school.

"Even when we think we're in a good place, we still add increased security and protection because I don't want to be wrong," said John.

John doesn't want to be wrong in the off-chance a threat could turn into something bigger.

Here's an example of a tip that did turn out to be a credible threat.

"We had a man armed with a shotgun that was going to go to a school during a Halloween event and shoot up the school," explained John.

The tip came in from law enforcement and because so many people were going to be at the school with costumes, they decided this threat was worth all of their resources.

"We went out to find that person and made an arrest before he stepped foot on the property," John said. His team caught the suspect, armed and pretty close to the school.

He said one of the things that has made their team so successful in catching a threat before it happens is the public's engagement.

The number of threats called into the state are staggering.

After Columbine, the state of Colorado started a program for kids to anonymously report any threats. It's called Safe2Tell.

This school year alone, Safe2Tell has already received 6,256 reports of threats. The most common were suicide threats, bullying and drugs in that order.