On top of contract stipulations, teachers are also worried about a bill proposed in the state Senate that would punish unions for demonstrating. 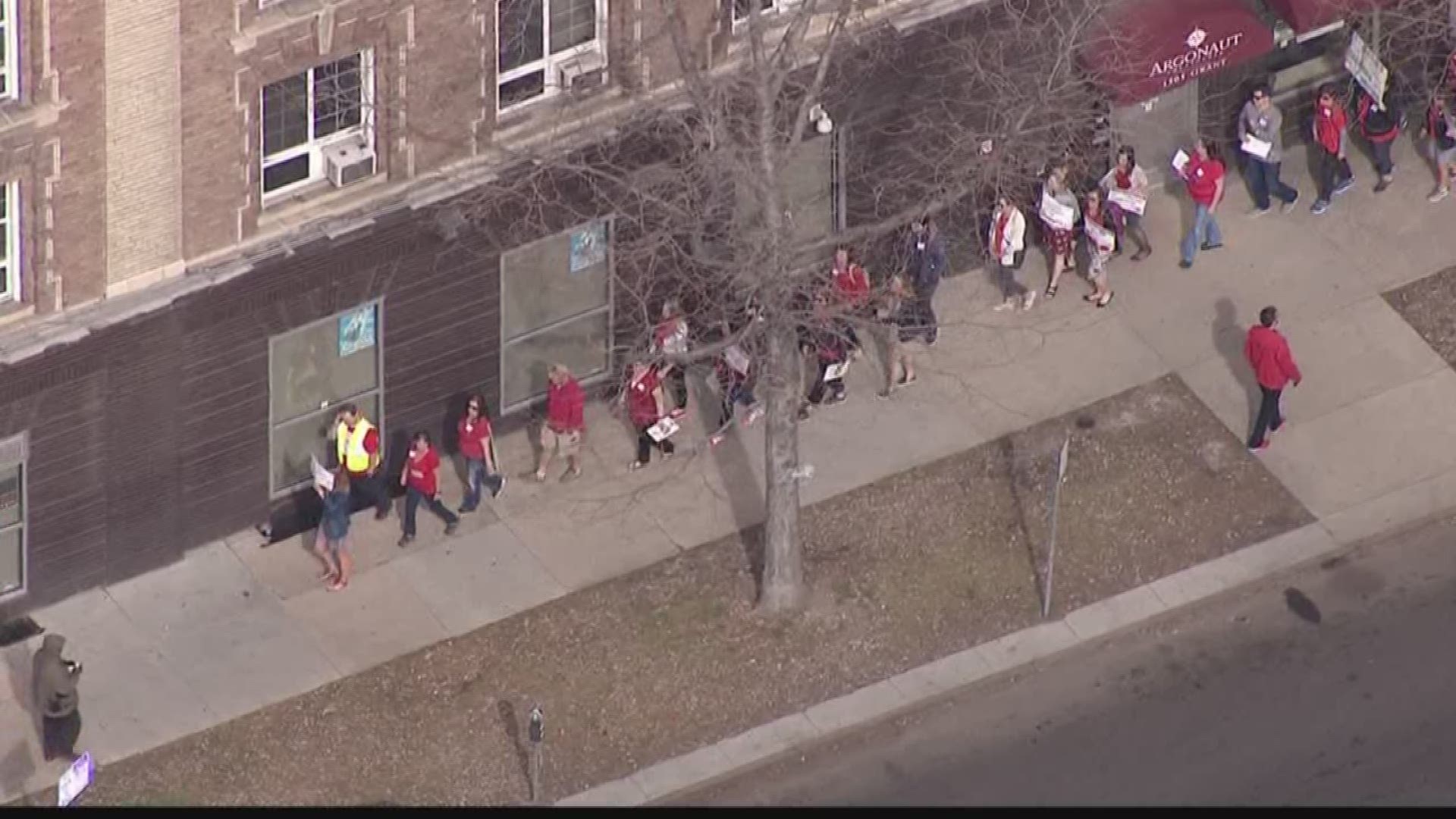 While there has been a statewide strike in West Virginia and another one looming in Arizona, the chances of teachers in Colorado going on a similar strike is unlikely.

In the Centennial State, teachers have to make sure they are abiding by their contracts. There's a 180-day remediation - a cooling off period - as an example of the terms teachers have to abide by before going on strike.

And now two Republican state lawmakers are working on a bill that would punish teacher unions if they strike. That's a scaled-back version of the original bill that would OK teachers going to jail or getting fined for striking.

One of the bill's sponsors, Republican State Rep. Paul Lundeen said in a statement that he supports better teacher pay, but says strikes aren't productive.

“Great teachers need our support. We're not going to move a bill that jails teachers who strike and the bill has been amended to remove that language. As amended the bill sanctions only unions and not individuals because teacher union strikes are not beneficial for our communities.

Last week the teacher union in Pueblo (D60) voted to strike. This isn't productive. It hurts students, it hurts schools, it hurts the district, and it hurts the community. Across the state, students are missing out on class time and parents are scrambling to fill the gaps left by strikes and walkouts.

Most importantly, there are better ways to increase teacher pay. I'm an advocate for better teacher pay. I have fought for years to drive more money into the classroom and teacher paychecks. I voted for a school finance bill this session that when you add all the elements together adds almost 10% more money to schools than last year.”

The Colorado Education Association, the largest union in the state, says teachers would rather be in the classroom than at the Colorado Capitol this week.

A spokesperson for the union says the bill is a threat against those trying to reverse nearly a decade of what they call chronic underfunding to the point that some teachers are paying out of pocket for supplies and some can't even afford a one bedroom apartment in Denver.

Classes have been canceled for hundreds of thousands of students toward the end of the week since there aren't enough substitute teachers to step in.

Kerrie Dallman, president of the Colorado Education Association, told 9NEWS why it's unlikely these walkouts would turn into a full-fledged strike.

“I think it's fairly improbable," she said. "We have a fair number of districts who have negotiated contractors and we certainly wouldn't support bad faith bargaining with those districts. Even right now, with our days of actions, our employee groups and associations have been working that the actions they are taking is consistent with the contracts.”

The Associated Press reports that Colorado underfunds its schools by $822 million per year, but that next year, lawmakers are trying to increase how much money goes towards students.

As many as 10,000 people could show up for the rallies Thursday and Friday at the capitol building. 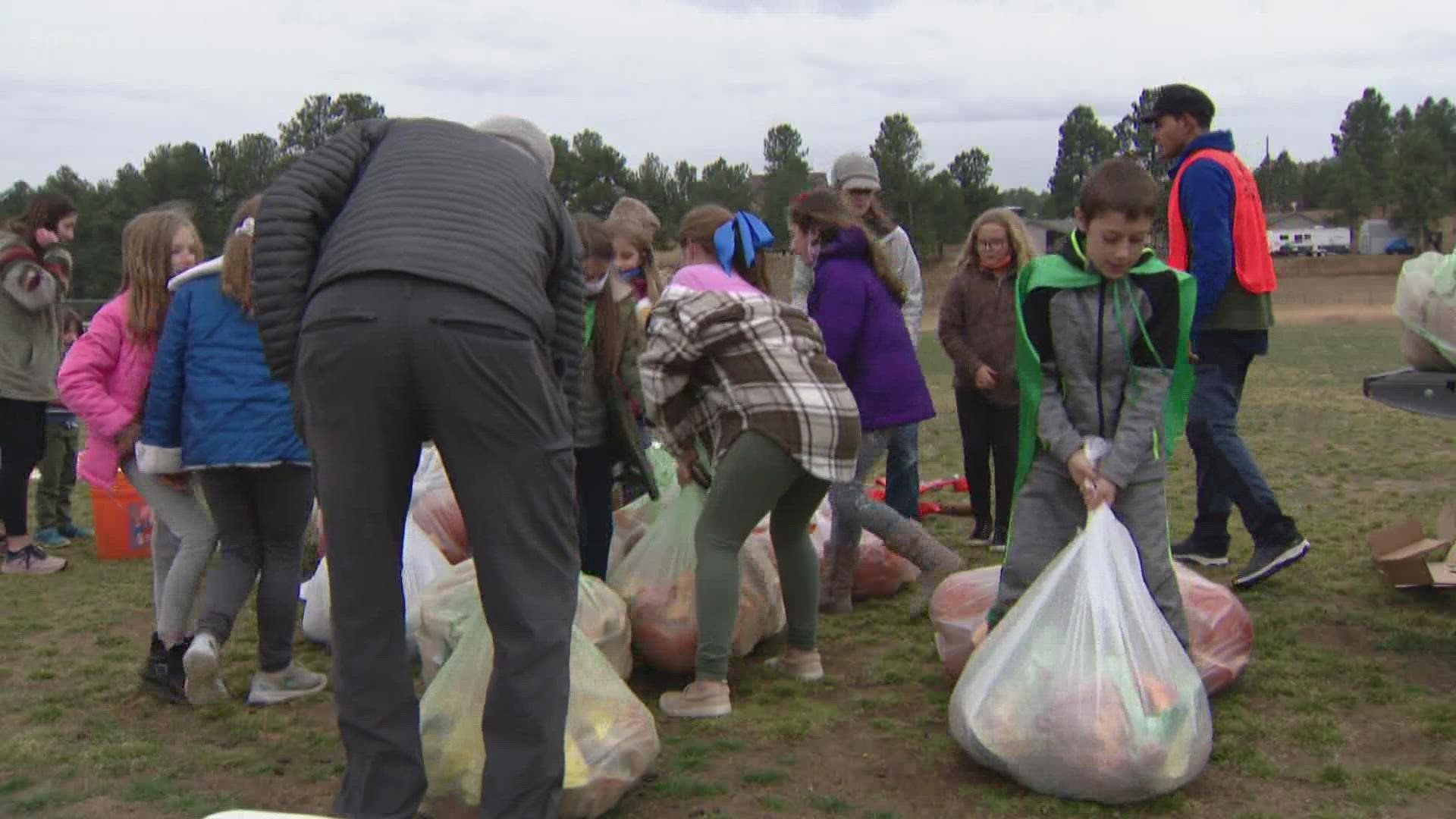