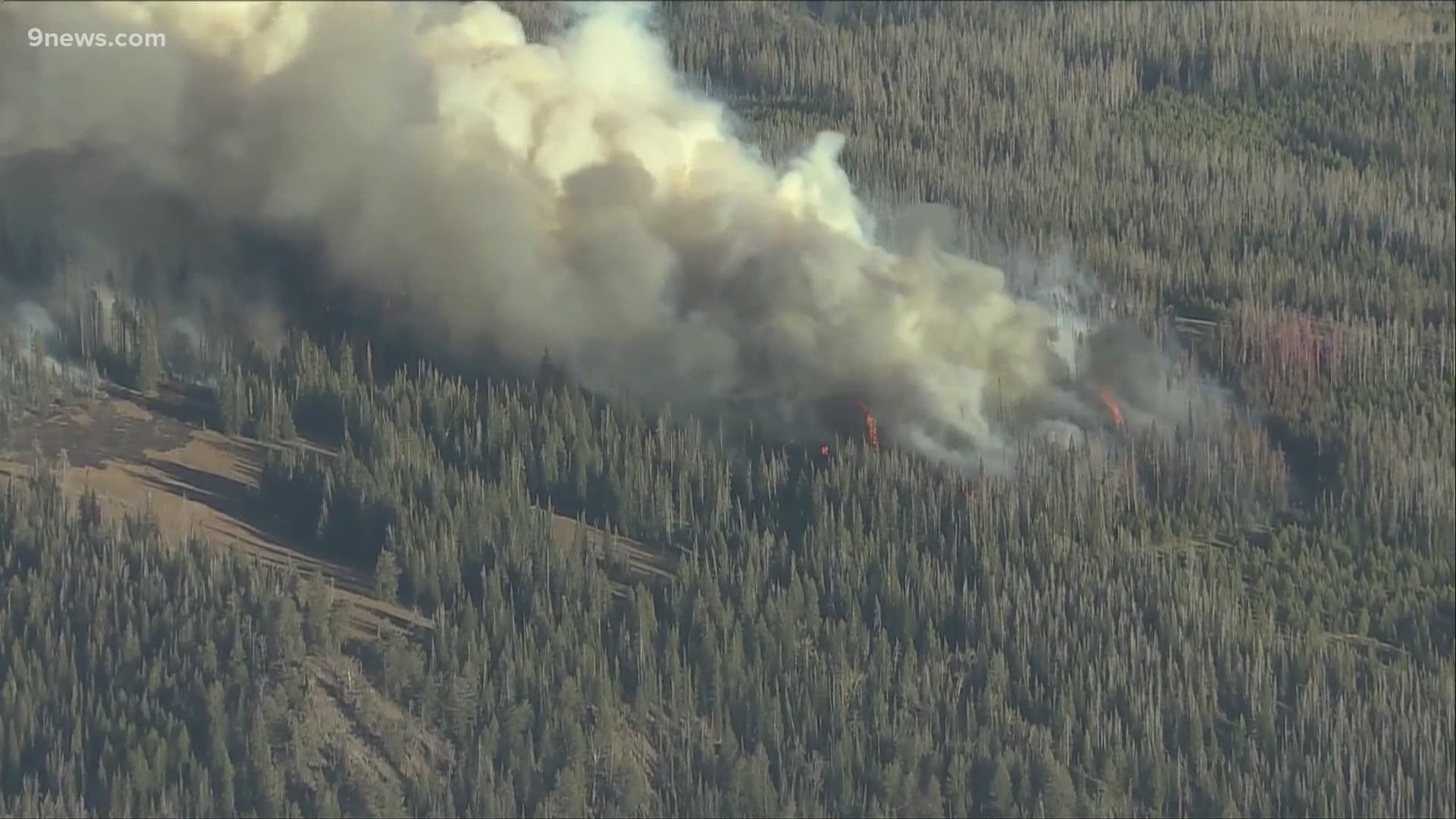 Grand County school leaders and staff have evacuated the area, along with students and their families, as the East Troublesome Fire exploded this week.

“We still don’t have everyone absolutely accounted for,” said Frank Reeves, East Grand School District Superintendent. “We’re pretty sure everyone is safe, but we’ve not had verbal contact or written contact with everyone, even one of our staff members.”

The district has about 1,300 students between four different schools.

Reeves said he and his team spent Thursday and Friday trying to locate employees and students and connecting those who are displaced with housing and other resources.

Before the fires started, most East Grand students were attending school in-person again. District leaders decided to cancel school for all of next week, including remote-learning.

Across the Continental Divide, Estes Park school leaders had already canceled school Thursday due to the amount of smoke in the area but before the evacuation orders were issued.

That earlier decision made it easier to clear the buildings when evacuation orders came later in the day.

The district has three schools, and about 1,050 students enrolled.

“Currently, first responders and wildland fire are using our high school and possibly our middle school as a shelter and staging area,” said Superintendent Sheldon Rosenkrance.

“Right now, we’ve reached out to most of our staff and know where they are," he said. "They are scattered throughout the front range and even further.”

Many district families are scattered, too, staying in hotel rooms or with family and friends. District leaders canceled class Monday and Tuesday as they wait for more information.

“We don’t know if the fire will be escalating at that point or if we actually get the snow and we’re able to go back,” Rosenkrance said. “There’s so many variables right now. We want Monday and Tuesday to look and do what’s best for school and families.”

The Boulder Valley School District said it closed two schools this past week, Jamestown and Gold Hill Elementary, due to fires causing evacuations in that district last weekend. BVSD let families decide between sending their student, instead, to in-person learning at a different school nearby or to learn remotely.

BVSD, East Grand, and Estes Park all said the district was working to connect families in need with support services.

Reeves, the East Grand Superintendent, left his home, too, and is staying with a family member on the Front Range. He said his home is not in the fire’s current path, but he’s heard stories from others in the school community who weren’t so lucky.

“We will take care of each other, I want people to know that,” he said. “I know we’ll run out of food for our evacuees. I know we’ll eventually run out of places to put evacuees. Those that lost everything are going to need a lot – of support, both financial and just everything.”