Amber McReynolds said she has received a number of disturbing threats on social media from people unhappy with election results. 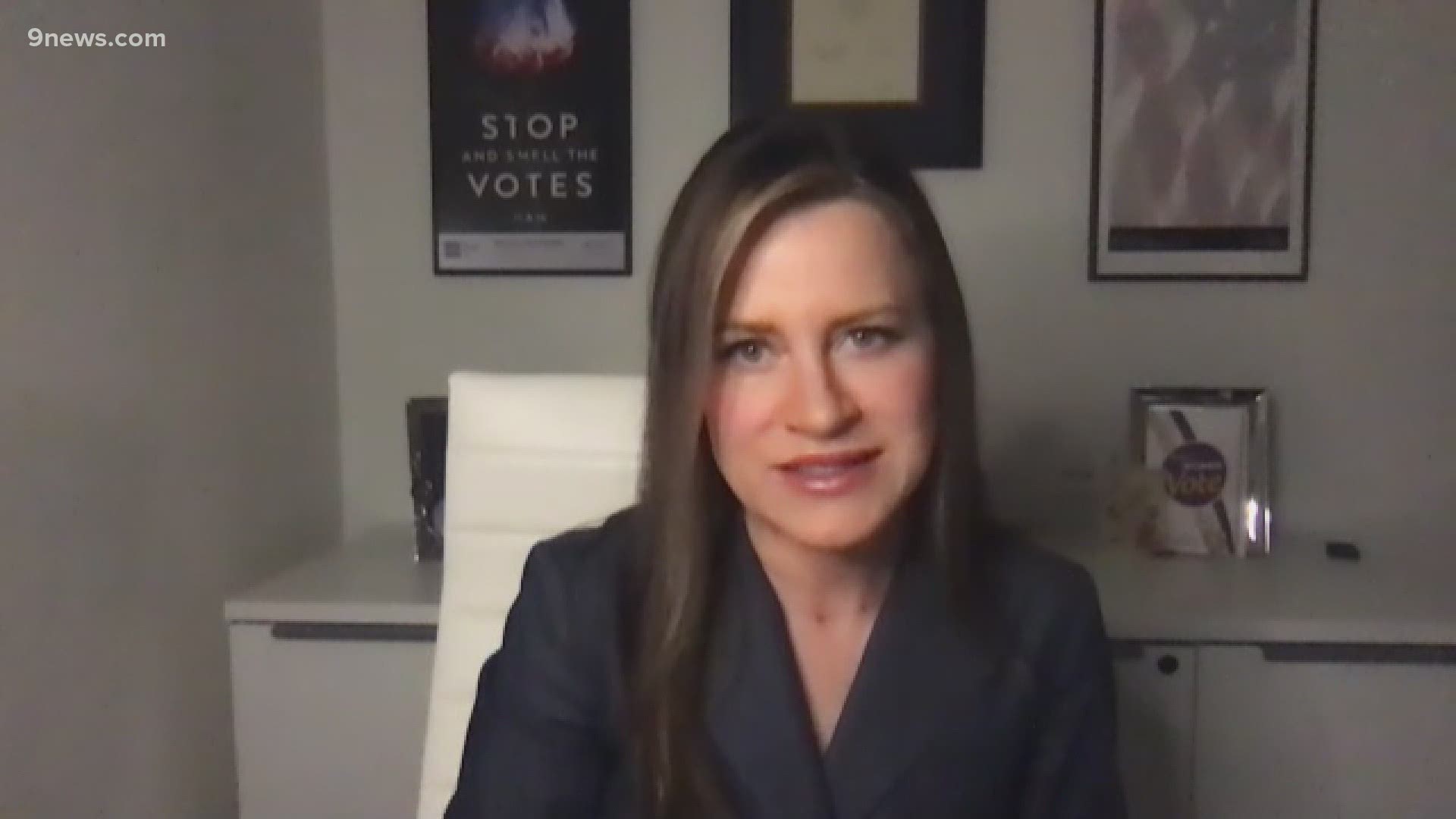 DENVER — The CEO of Vote From Home Institute, a nonpartisan nonprofit dedicated to expanding convenient voting options for all voters, and former Denver Elections director, Amber McReynolds, has received disturbing threats on social media since the Nov. 3 election.

McReynolds said the majority of these threats have come from people on Twitter.

“Social media is definitely the place where a lot of this happens,” McReynolds said. “That's not different than cyber bullying and some other tactics where these platforms, that were supposed to bring people together, are used for nefarious purposes and to target individuals.”

McReynolds was an elections official in Denver for 13 years, and served as director of elections from 2011 to 2018. In 2018, she left the Denver Elections office to head up the Vote From Home Institute. There, she works on policy design with all states to improve the voting experience across the country, such as implementation of vote by mail expansions.

She said that she, as well as other election workers across the state and country, have received threats relating to conspiracy theories about this year’s election.

“It started to be frightening, you know, I’m a single mom and it’s me and my kids, so I started to get a little worried about these folks that hide behind Twitter accounts to throw threats at people that are up every day trying to do something good for the world,” McReynolds said.

She said that she has reached out to authorities and reported the threats as well as taken added security measures. McReynolds said she will continue to wake up every day and do her job regardless of how some people may feel about the outcome of the election.

“We should be celebrating and thanking those individuals that have served the public in this way on the front lines, very much in very difficult circumstances,” McReynolds said. “It breaks my heart that so many of my friends have experienced targeting in this way and I certainly hope it stops, and soon, because these folks don't deserve any of that.”