Some 25,000 fans were welcomed into Raymond James stadium for night one of the two-night event. 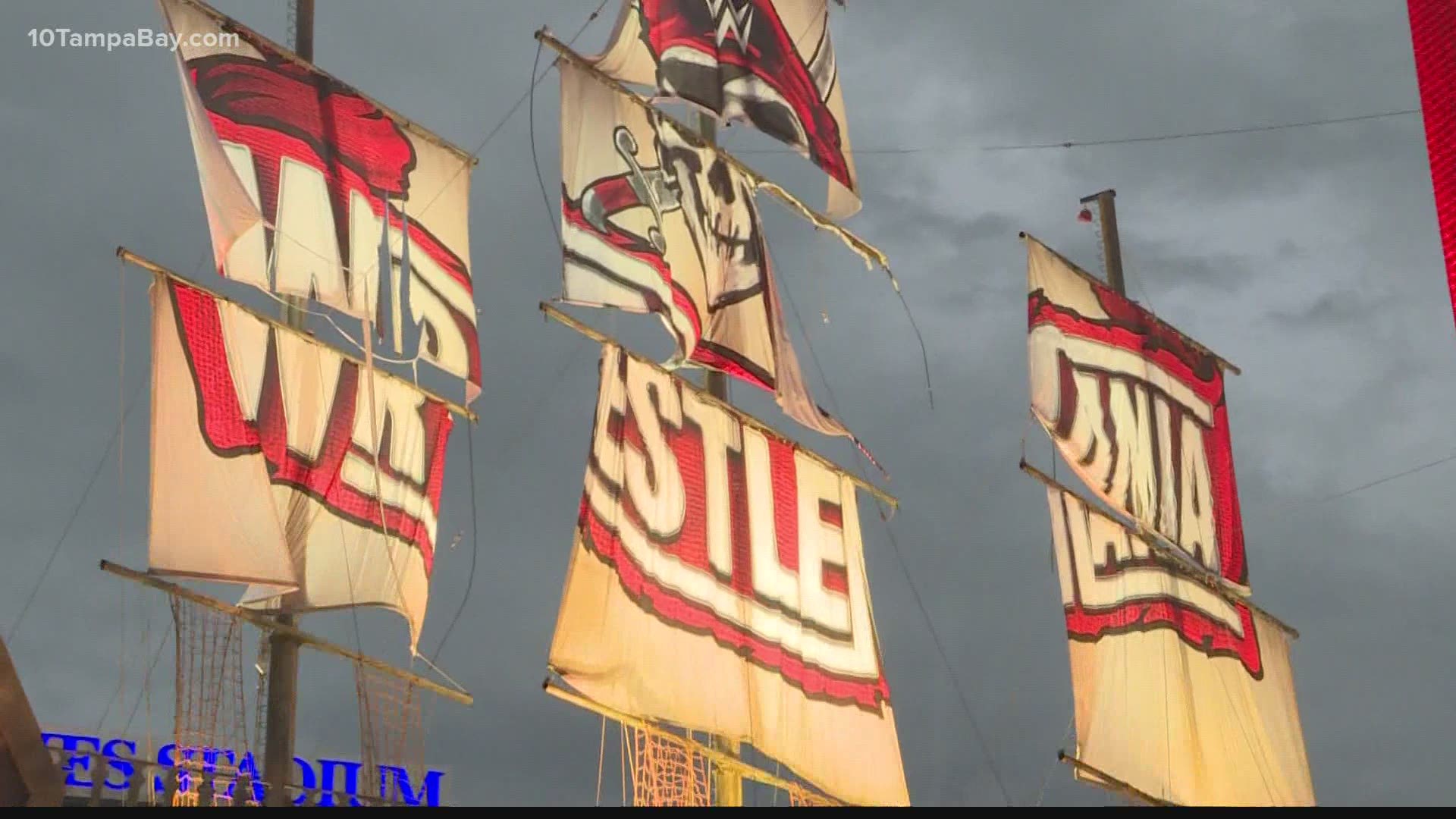 Some 25,000 fans were at Raymond James Stadium to take in night one of the two-night event. Those fans had to wait a little longer than anticipated though when thunder rolled through the area.

Everyone was asked to leave their seats and congregate in the concourse undercover. Masks were required to stay on and social distancing was encouraged. After a brief, less than 30-minute delay, fans were welcomed back to their seats.

Tampa’s own WWE Superstar Titus O’Neil welcomed fans back as they took their seats as a co-host, alongside WWE Hall of Famer Hulk Hogan.

My guy @TitusONeilWWE is cohosting this year’s WrestleMania! He’s out because the show is back on after a delay! @10TampaBay pic.twitter.com/Oq7sjZIGmL

Even though only 25,000 fans were allowed inside Raymond James Stadium as a COVID-19 safety precaution, those fans made their voices heard with cheers and boos. For many, the event was long-awaited.

Last year, WrestleMania 36 was supposed to be hosted in Tampa in front of fans. However, when the pandemic hit, the event was moved to Orlando and held without any live fans in the stands.

The last time WrestleMania was held in front of fans, was in 2019. It was estimated that WrestleMania generated over $165 million for the host area of New Jersey. This year’s two-day event is not expected to bring in as much because the event is smaller due to COVID-19.