Flacco, most other Broncos starters are done for the preseason

Question is: Is one drive and one quarter enough for Flacco and the offense? 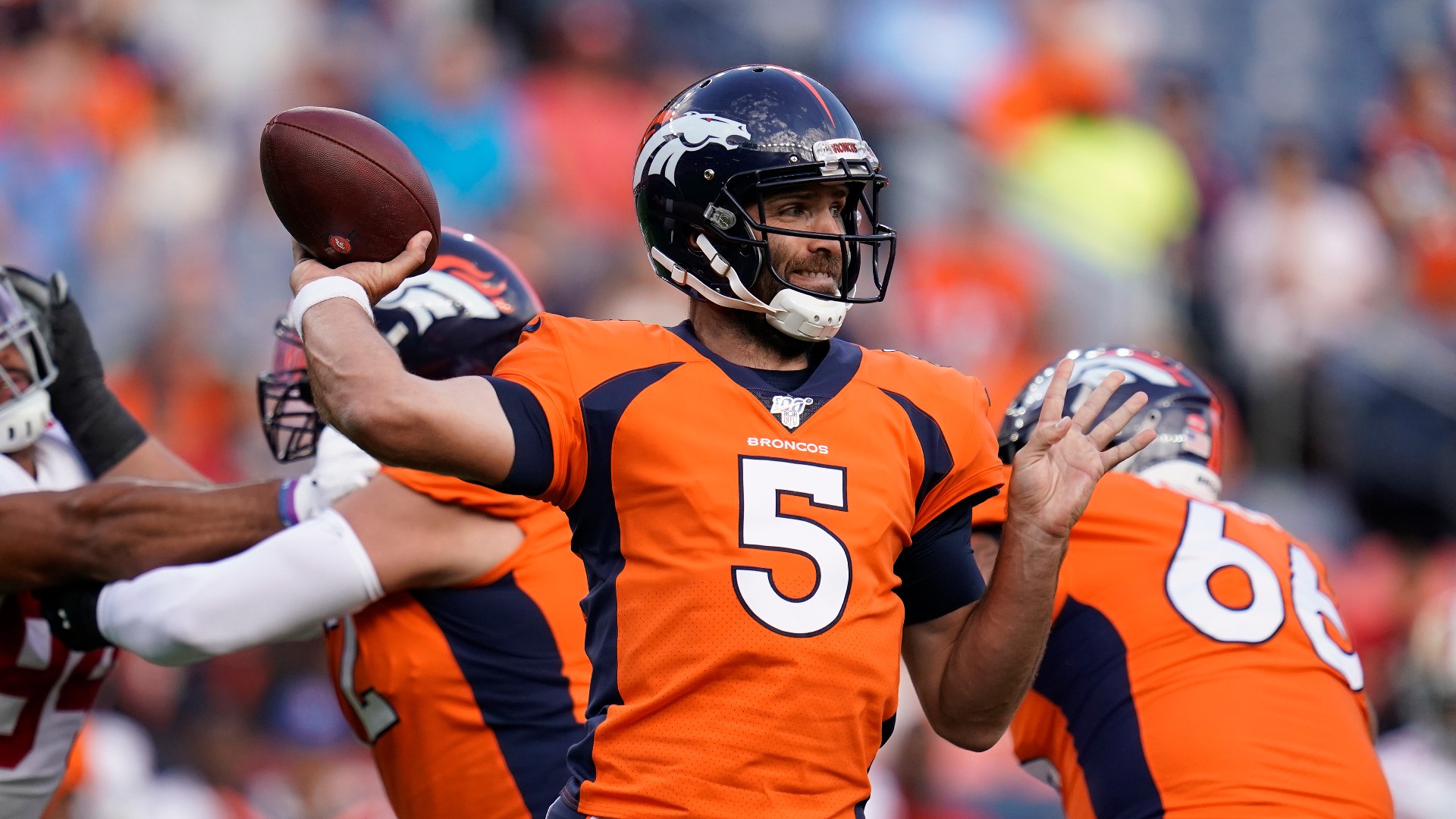 ENGLEWOOD, Colo. — That’s it for Joe Flacco and the Broncos’ starters. Vic Fangio is shutting down his A team for the rest of the preseason.

I’m all for it for one reason: The Broncos are doomed if Flacco gets hurt.

The concern is, after playing just one quarter plus one drive through the first three preseason games -- and not playing at all in the Broncos’ final two preseason games Saturday at the Los Angeles Rams and Thursday against the Arizona Cardinals -- has Flacco and his offense had enough prep time to execute against the Oakland Raiders in the season opener?

"I feel comfortable," Flacco said in a sit-down interview with 9News on Thursday. "I do. Obviously it’s  only a limited amount of work we get in the preseason but we get work in practice. We are a young team. And so that’s a little bit different.

"But myself, I’ve played so many games to this point. You like to take yourself through getting ready for a game. going out there, having a couple series, getting through the nerves, making some throws, having to get hit a couple times, things like that. It’s good to get those things out of the way."

Drew Lock won’t be his No. 2 quarterback come the season opener, or starter Saturday at L.A. He will miss multiple games into the regular season with a thumb injury. He suffered the injury Monday night while trying to scramble away from a sack.

> Catch the Broncos and Rams live on KTVD Ch. 20 (5 or 657 on Xfinity), 9NEWS.com, the all-new 9NEWS mobile app and the 9NEWS streaming platforms at 7 p.m. Saturday. A special edition of Broncos Tonight begins at 6 p.m.

"You always get talked to as a quarterback, get down and avoid a tackle," Lock told the local media Thursday. "Go ahead and do that or get out of bounds. But, no, that’s kind of who I am. I feel like that’s what got me here. Stopping that at any time because I have this little freak injury happen, that’s  not who I’m going to be as a quarterback."

It will be Kevin Hogan and Brett Rypien playing quarterback for the Broncos against the Rams on Saturday. And barring a quarterback acquisition from another team, those two will likely finish out the preseason next Thursday against Vance Joseph’s Cardinals’ defense.

Flacco believes Hogan is ready to assume the backup role come the September 9 opener at Oakland.

"I do. Kevin is awesome in the meeting rooms and he’s been working his butt off all offseason, all training camp,'' Flacco said. "So I’m excited for him to play a little bit more here in the next couple games and see what he can do. But I think he has a lot of awesome qualities that can really propel him in this league so I’m excited for his opportunity.’’