All 4 employees worked within the same immediate office area of the West Classroom building. 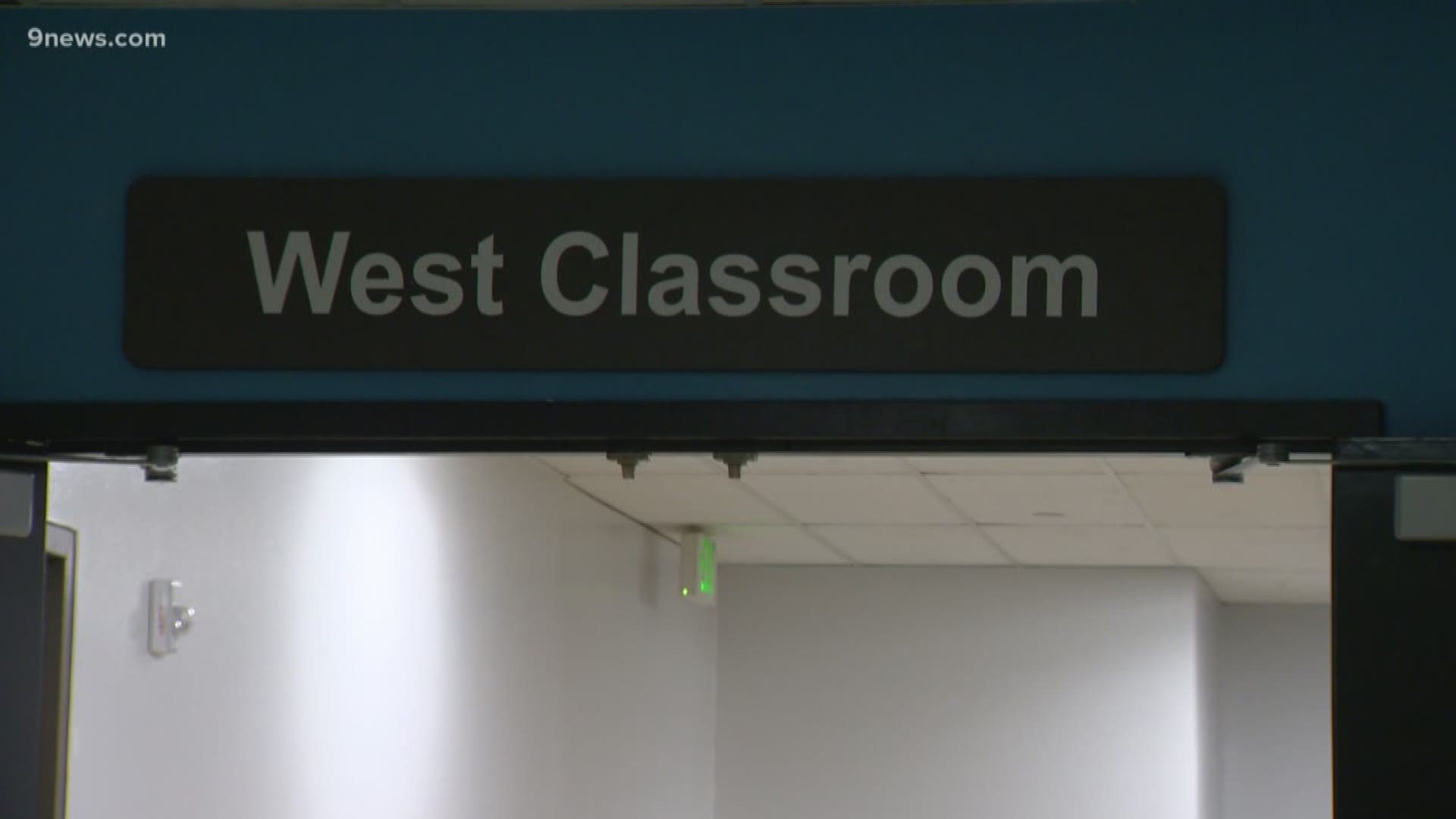 DENVER — Students and staff of Metro State University (MSU) were notified that environmental testing will take place in the West Classroom building after four employees of the university were diagnosed with three different types of cancer.

All of the employees worked in the same immediate office area, according to a letter sent from Larry Sampler, the Vice President of Administration and Chief Operations Officer.

Sampler at the meeting said the employees who were diagnosed with cancer all worked in the second floor of the West Classroom building.

Three of those four people were diagnosed within the last six months. Now the campus is trying to figure out if it's at all connected to the building.

"There is nothing to make you nervous about being in West Classroom," said Sampler during the town hall.

Most of the questions at the standing-room-only meeting were about possible asbestos, testing on campus and overall safety.

Attendees wanted to know if other buildings were going to be tested, too, but Sampler said only the specific rooms on the second floor of West Classroom would be tested for now.

"There's no data that suggests they are in any danger in West Classroom or anywhere else on campus," Sampler said. "The instant we get any data that contradicts that, we'll let everyone know."

Last week, an employee emailed the staff to say she had been diagnosed with invasive breast cancer and was concerned about a cluster because other staff working int he same area had also been diagnosed, Sampler said.

"It makes us wonder, could the building somehow (have) caused this?" Sampler asked. "But the fact that the cancers are very different may cause them to say this does not rise to the level of what the literature would consider a cancer cluster."

The faculty diagnosed with cancer all had different types: liver and two types of breast cancer. During the course of its investigation, MSU found out about another person who died of lung cancer in 2016.

"We had no prior indication at all that that was coming," said Sampler when asked about prior health complaints from the people who were diagnosed with cancer.

Sampler said he understands why people had health concerns in other places of campus, "I would not be a good steward of the taxpayer resources if every time someone is worried about their health I immediately run out and order a $25,000 environmental test."

The testing for this case will come close to $50,000 financed by taxpayer money.

Testing should be done by Aug. 8 and will then be reviewed by a certified industrial hygienist who will compare them against Occupational Safety and Health Administration standards.