Randy Rush could not see his wife for nearly six months because of pandemic protocols. 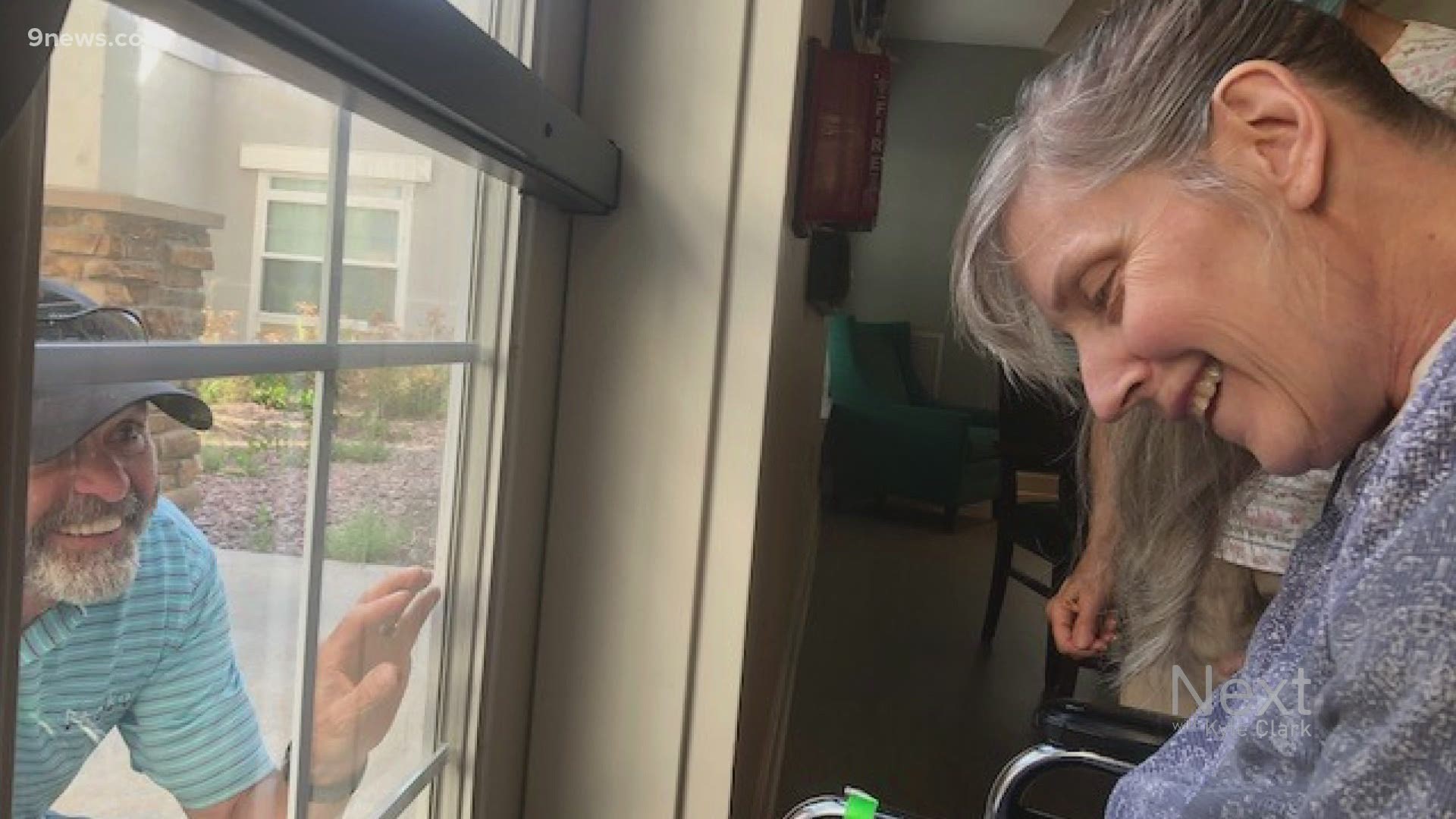 MONUMENT, Colorado — In a neighborhood of new construction in Monument sits a brand new home built on a foundation of love.

"She was a listener, but she also had an infectious laugh," Randy Rush said.

Rush's wife, Tami Rush, started having problems with her brain functions in 2010.

"It was actually difficult to figure out what was going on, but she was 49 at the time," Randy Rush said.

"In Tami's case, there was no family history," Rush said. "There was no other health issues of any kind."

For years, Randy Rush learned to live a new norm of taking care of his wife and helping her enjoy life with family. They bought a home in a retirement village in Colorado Springs called Mackenzie Place. He said he wanted to be near her when she had to be moved into memory care.

"Daily seeing her, a connection with her every day, even to the point where even though she was in a memory care unit, we had a date night every Sunday night; we went out in various places for pizza," Randy Rush said.

RELATED: Flu and pneumonia shots may reduce the risk of Alzheimer's

Randy Rush said they were making the best of the situation by seeing each other all the time.

"Then, in March of this year, COVID struck, and it totally destroyed our plan of my being able to walk over every day," Randy Rush said.

Though he was just hundreds of yards away, Randy Rush could not see his wife, a matter that got even more complicated when he contracted COVID-19.

"It led to the fear that I would not be able to see her, touch Tami again," Randy Rush said.

He recovered, but for 5 1/2 months, the only contact Randy Rush had with his wife was a few minutes through a glass door — short, fleeting chances to make her smile.

"She wasn't getting this opportunity to react or to feel presence of people who love her," Randy Rush said.

All he could do, Randy Rush said, was watch through a window as Tami Rush was dying from Alzheimer's.

"I can't describe the devastation and how difficult it was for her and for me both," Randy Rush said.

He decided to move Tami Rush to Jackson Creek Senior Living in Monument, where he was finally allowed to visit her with proper safety protocols.

"It was just blessed," Randy Rush said. "I don't know how to else to describe it because all the feelings and the ability to be with her again flooded back, and my love, and I think hers for me, just came together."

Randy Rush bought a newly built home in Monument to be closer to his wife. She passed away in November before he could move in. He was able to spend her final two months by her side.

"I put the decorations out. I put the lights up outside," Randy Rush said. "It's for Tami. Christmas was big."

He said he believes he would've had more time if COVID-19 didn't keep him away.

In Colorado, the association reports that deaths from Alzheimer's are 20.8% above the yearly average.

Randy Rush said he thinks the isolation from COVID-19 protocols is taking a toll on people who have Alzheimer's.

"There is no cure for Alzheimer's," Randy Rush said. "It's going to happen, but I think it hastened it and made it go faster."

Now, Randy Rush is writing a book about his experience to create awareness about these situations to help others.

"The title of it [is] 'Loving Tami, No Regrets,' and it's how Tami and I got through all this and loved each other to the end," Randy Rush said.

Randy Rush said he is working on a contract to have his book published.

RELATED: Arvada man packs his own patio to dine outside restaurants that don't have their own