The University Hospitals Fertility Center is inspected every two years by the College of American Pathologists, or CAP. 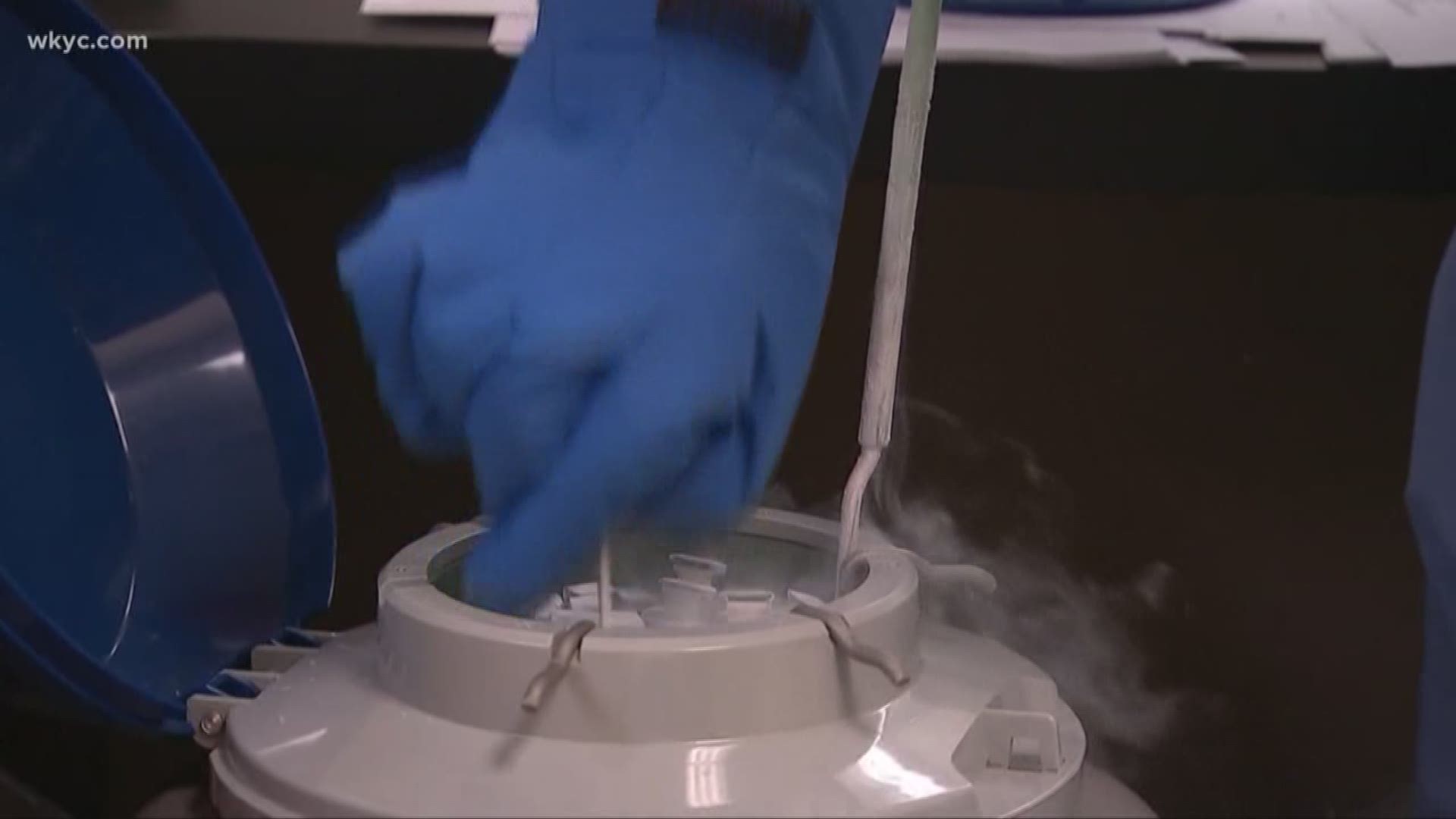 In the wake of breakdowns inside fertility clinics in Cleveland and San Francisco, and the potential loss of thousands of frozen embryos and eggs, there is growing demand for tighter industry-wide regulations.

While most fertility clinics are certified, the process is entirely voluntary, leaving the industry basically self-regulated.

“There is some regulatory fabric out there, but no one is telling us how they followed it, what they followed or what was beyond their control, which is a huge issue,” said attorney Robert DiCello, whose Mentor law firm DiCello, Levitt and Casey, have been retained or contacted by dozens of potential victims.

The University Hospitals Fertility Center, for example, is inspected every two years by the College of American Pathologists, or CAP. The clinic was last inspected in 2016 and were to be inspected again later this year.

UH did notify CAP after this month’s breakdown inside a storage tank caused the potential loss of hundreds of embryos and eggs.

The cause has yet to be released by UH officials and it is unclear if any security systems failed. Meanwhile, dozens of patients have filed or intend to file lawsuits against the center.

Tuesday, the Ohio Department of Health went to the UH Fertility Center at Ahuja Medical Center on behalf of CMS, the Centers for Medicare and Medicaid Services. ODH was asked to make sure UH was in compliance with CMS federal regulations for participation in the Medicare and Medicaid programs.

CMS is one of three federal agencies part of CLIA. The Clinical Laboratory Improvement Amendments (CLIA) regulate laboratory testing and require clinical laboratories to be certificated by their state as well as the Center for Medicare and Medicaid Services (CMS) before they can accept human samples for diagnostic testing. Laboratories can obtain multiple types of CLIA certificates, based on the kinds of diagnostic tests they conduct.

Three federal agencies are responsible for CLIA: The Food and Drug Administration (FDA), Center for Medicaid Services (CMS) and the Center for Disease Control (CDC). Each agency has a unique role in assuring quality laboratory testing:

MORE: Disaster at University Hospitals Fertility Clinic may have damaged more than 2,000 embryos and eggs

The same weekend of the UH failure, the Pacific Fertility Clinic in San Francisco, experienced an unexplained loss of liquid nitrogen, resulting in the potential destruction of thousands of embryos and eggs.

Authorities say the two failures do not appear to be connected, but experts say the breakdowns are rare.

The American Society for Reproductive Medicine [ASRM] spearheaded efforts with two other groups to have all in vitro fertilization facilities prepare and develop emergency action plans in the event of natural disasters.

Seth Tipton, of ASRM, released a statement this month saying the group is monitoring the investigations in Cleveland and San Francisco.

“When the fertility center completes its full investigation and we learn what went wrong, we will work with our member clinics to help them take any steps needed to ensure such an event never happens again," he said.

Regardless, DiCello said greater regulations of the fertility industry, which has seen extensive growth in the past decades, is needed.

“It's the Wild West,” DiCello said. “These people are running these programs without meaningful oversight and we want to make sure that changes.”