CBD is in just about everything: Are you getting what you pay for?

FDA regulations could be coming soon, but the potentially $20 billion CBD market is largely unregulated. 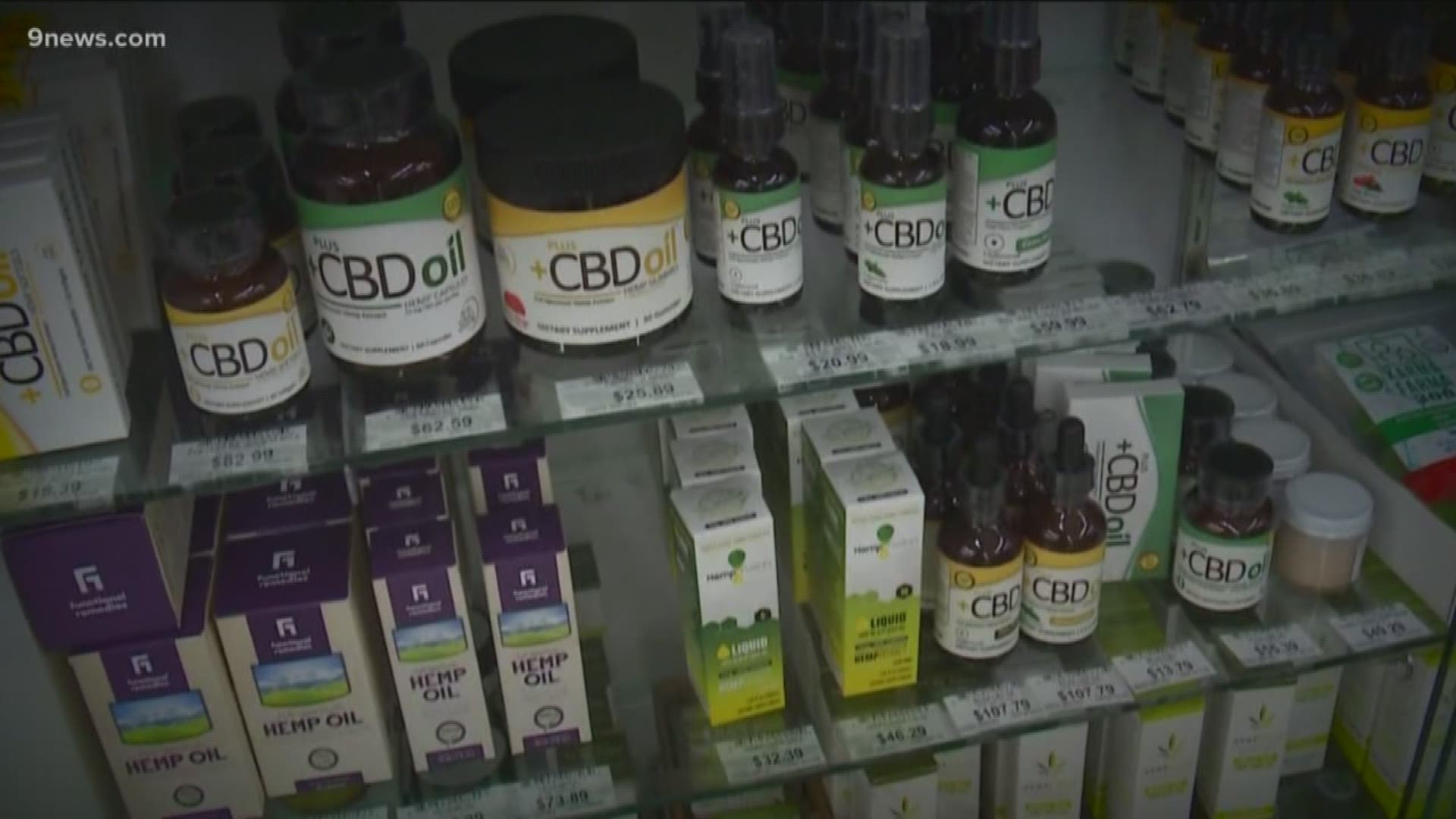 DENVER, Colorado — The cannabis plant produces two popular chemicals. THC gets users high. Cannabidiol, or CBD, does not, but some believe it can help with everything from anxiety to inflammation.

The regulations surrounding THC are well known. But, CBD, now being put in seemingly everything thanks to the Farm Bill, is still largely unregulated by the Food and Drug Administration (FDA).

“In the FDA hearing that was held on May 31, the majority of industry players there to testify were asking for a federal framework similar to dietary supplements,” said Scott Hansen, the director of quality at Botanacor, which specializes in hemp testing. “That gives them manufacturing process controls, that gives them laboratory testing, specifications and safety criteria against which to manufacture their product.”

But until the FDA comes up with those rules, the industry is trying to figure it out themselves.

So, 9NEWS wanted to see if the potencies listed on many CBD product labels match what’s actually in the product. Several CBD products were purchased and sent to Botanacor for testing. Those products include:

Testing CBD product potencies: Are you getting what you pay for?

The lab was unable to get a good reading on the doughnut. But the CBD extract and cream both matched the label.

“If you are mixing something that is a fluid oil in with a cream base, that should be a pretty easy mix,” said Hansen.

The sample of CBD peanut butter for dogs had about 25% more CBD than the label claimed.

“That seems a bit high. There's two ways to look at that: You're getting more than you pay for or you don't know how to adequately dose the product itself,” he said.

The sample of ginger ale had about half of the CBD printed on the label — 10mg, not 20mg.

“Soda is mostly aqueous, or water, but the CBD is hydrophobic. It doesn't like water. Without something to keep that together, you could have lost some potential CBD in the mixing vessel, in the distribution lines or the can itself,” explained Hansen.

The coffee grounds were spot on, but when brewed there was almost no CBD left.

“When you brew that, you wash an oily substance with hot water, which is probably not the best way to capture oil. So it doesn't deliver as expected into a cup of coffee.”

Both the soda company, Colorado’s Best Drinks, and the coffee company, Willie’s Remedy, responded with concerns about how Botancor tested their products.

The soda company, Colorado’s Best Drinks, provided a response that reads in part:

“There are many different methods used, and definitely no industry standards. It is very rare for labs to actually do an analysis on a full 12oz. can as it is very expensive. Rather, they take a small sample, no more than a drop, and test that in hopes to derive a conclusion about the product as a whole. The fault with this method is that the emulsion created by the enrobing of nano particularized cannabinoids in a carrying agent is never perfect. There is what we call 'fall out' from the solution. That simply means that it may, in fact, be more highly concentrated at the bottom of the can.”

Willie’s Remedy shared a statement with similar concerns about the lab’s methods. It reads in part:

“Brewed coffee is made up of water, oil and micro-particles. It is a liquid that has a high oil content and a lot of dissolved solids in it, as well. The highest concentrations of the CBD cannabinoid are in the oil, and they bind to the micro-particles. (Because as you know, cannabis is not naturally water-soluble.) When coffee is hot, the micro-particles are suspended evenly in the liquid, and as it cools, they begin to settle to the bottom and sides of the cup.”

Suzie’s CBD Treats also responded to the lab results. Here’s a portion of their response:

"With all of our products at Suzie's we aim to give 5-10% over what we advertise in an attempt to ensure our customers never get less than what they are promised. However, 25% is higher than what we would like to see.

Due to the natural separation that occurs in organic peanut butter, the CBD can rise to the top and become heavily concentrated. We encourage all of our customers to be sure to give their product a thorough mix before administering to get the most consistent administration possible."

You can read the full responses here:

Botanacor, the lab that tested all of these products, shared this response to the companies' concerns:

“The comments regarding both the coffee and the soda express the perceived difficulties faced by laboratories in extracting, recovering, and analyzing these products. However, if the challenges with the testing of these matrices are due to the nature of the product and their delivery (oil in water, settling, adherence to packaging) then these same challenges exist for the end user in getting the active ingredient of these products into their bodies. As we discussed, Ryan, these samples were subsampled (a portion removed from the whole) by 9NEWS and this subsample was provided to Botanacor for analysis. The test results accurately reflect the cannabinoids measured in these subsamples.”

Simply put, the industry is ahead of regulations.

The FDA is trying to create a framework to produce more consistent, safe products and do damage control at the same time. They've sent numerous warnings to CBD companies making health claims that haven't even been tested by the FDA.

Only one CBD product has been approved as medicine to treat two rare forms of epilepsy.

Beyond that, manufacturers cannot make health claims. But, everyone's using it as a health aide anyway.

“When it comes to CBD specifically, we are getting more calls regarding either somebody accidentally ingests it or uses it, [or] they have a question on it,” said Shrieen Banerji, Clinical Manager at the Rocky Mountain Poison and Drug Center.

Some CBD products do have trace amounts of THC in them. Both the extract and the coffee grounds did, as expected. It's typically not enough to make someone feel high, but everyone's different and, as seen in testing, there are many different products and ways of manufacturing them.

The CBD industry is booming. This story isn't to say people are intentionally mislabeling products. Some may be, but others just don't have a framework from the FDA to ensure accuracy and safety. It's something the CBD industry says it wants to implement to provide peace of mind to consumers.