A Georgetown University study suggests 1.8 million Latino kids in the U.S. don't have health insurance as of 2019 – similar disparities were found in Colorado. 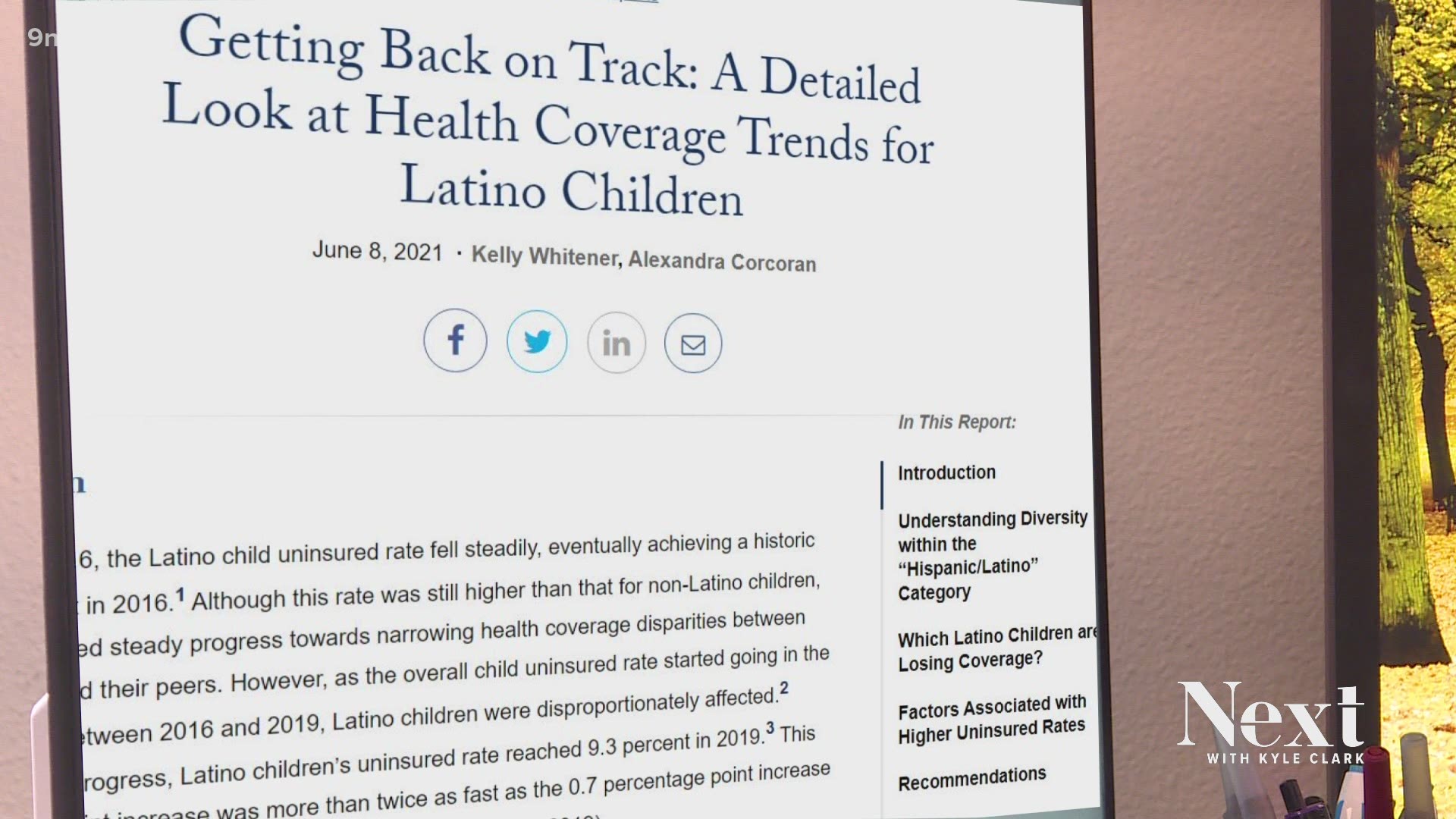 COLORADO, USA — A new study from the Center for Children and Families at Georgetown University provides data that shows disproportionate uninsured rates in Latino children.

The 2016 rate was still higher than that for non-Latino children, but was considered a historic low compared to previous years for this demographic, according to the study. The study shows Colorado has a Latino child uninsured rate of 7.4 percent. The five highest uninsured rates in the United States were found in:

"It was eye opening," said Joe Hanel, the communications director at the Colorado Health Institute. "It confirmed our worst fears, it was tragic, infuriating, and we actually felt a little helpless to do anything besides tell the story and put it out there."

Hanel said their study showed there were about 9,000 Hispanic and Latino children without health insurance un 2017. In 2019, that number went up to 27,000 making the rate nearly three times that of their non-Hispanic White counterparts. "In fact the rate for white children dropped a little bit," said Hanel.

These increases also come after years of progress in bridging the health coverage disparity gap in Hispanic and Latino kids in the state. "The past two surveys before that, the children’s uninsured rate had dropped to the point where it was really hard to find an uninsured kid in Colorado," said Hanel.

Hanel said the CHI members on this study connected with local community clinics and healthcare providers to get better insight into what their patient intake looked like in those two years.

"Almost every clinic we talked to said, 'Yeah, we are seeing more Hispanic and Latino kids show up without insurance or more of them just not coming into the clinic.'"

Why are these disparities present?

The CHI research team attributes these disparities to changes in healthcare and immigration policies over the last few years. According to their study, "the most common reasons cited in 2019 for children lacking insurance coverage were a loss in eligibility for CHP+ or Medicaid, or the lack of an employer-sponsored insurance option for the family."

The study also points to other factors including "stubbornly high premiums on the individual market...federal immigration policies...and administrative changed at he Department of Health Care Policy and Financing."

"What the research also confirms is that changes in federal immigration policies and just overall rhetoric have made people with immigrants in their families really worried about any sort of official connections with 'the system'" said Hanel.

Under the Trump administration in 2019, a public charge rule was applied to Medicaid and health benefits. This meant people who were trying to become U.S. residents or citizens could have their application denied if they were likely to use Medicaid.

"What we also found in our Colorado Health Access Survey was the kids who became uninsured for the most part are U.S. citizens...they have a family member who is an immigrant and out of caution, the whole family just stays away [from health coverage]," said Hanel.

Hilda Gonzalez, the Health Enrollment Literacy Promotion Program director for Servicios De La Raza said many of the clients they served opted-out of applying for health coverage due to fear stemming from their immigration status.

"I remember a family that came and they wanted to get enrolled for Connect For Health Colorado. Their kids were eligible for CHP+ and they still didn’t want them to get CHP+ and not even like fill out the application." said Gonzalez.

What can be done to address the disproportionate uninsured rates?

The CHI team is currently gathering data on uninsured children in the state in 2020. They expect to make those findings public in the fall. Hanel believes progress will likely take time.

"When a policy creates fear in a community, it’s really hard to reverse it," he said. Hanel added their team also learned fear of applying for government services were rooted deeper than the public charge. "From folks we talked to, people doing the work on the ground, it was the family separation at the border, it was the overall rhetoric, so changing the rhetoric definitely helps...but it’s probably going to be a pretty slow process."

"Slowly, I think we’re doing our job to let the community know that there are services out there for them, and that there’s no more public charge," she said.

The program is open to assist anyone seeking information about healthcare. For appointments, call 303-953-5940. 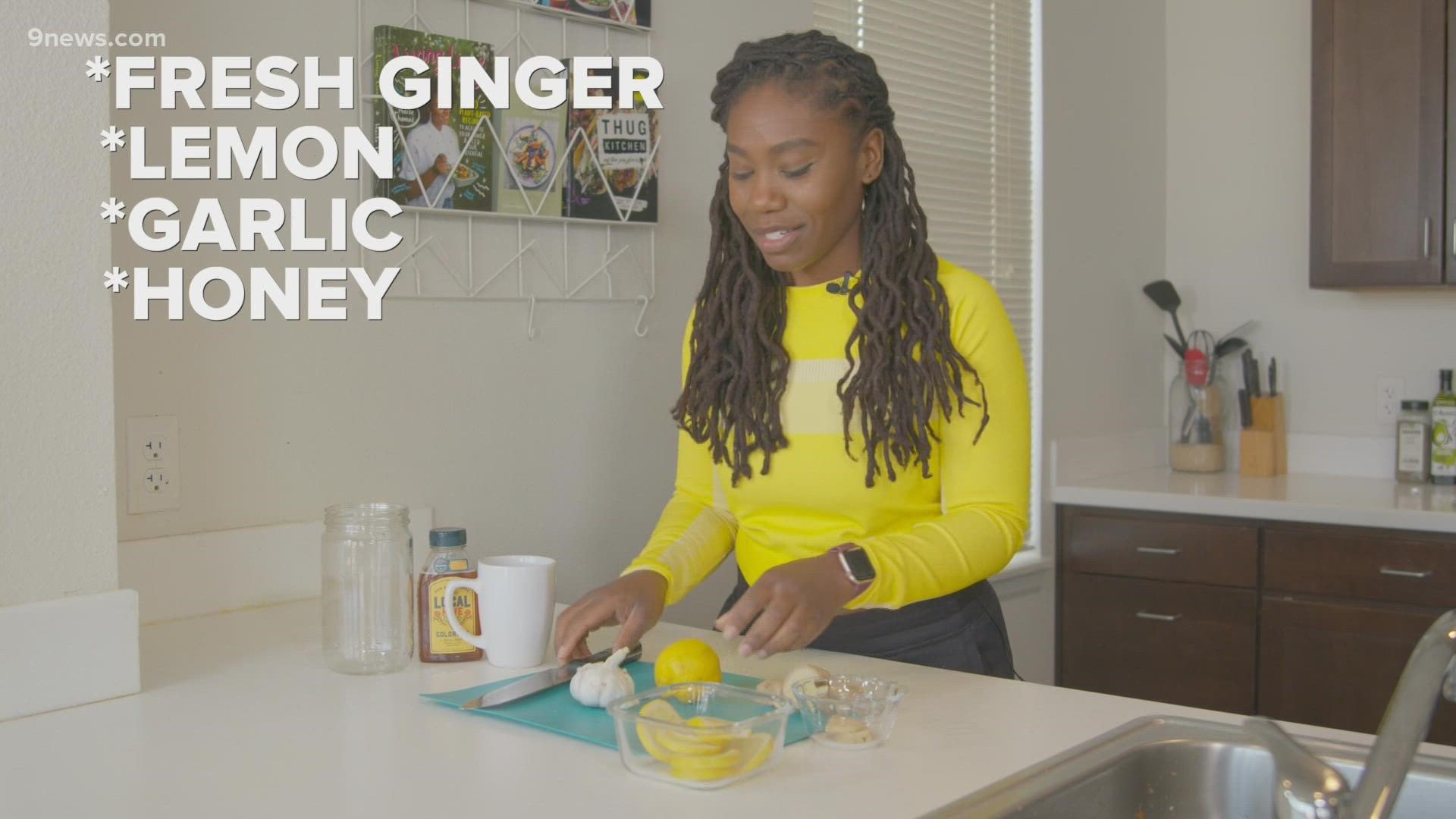