Colorado Doctors in London at an Alzheimers Convention have preliminary Leukine results back and they're "positive" in early tests on human patients. 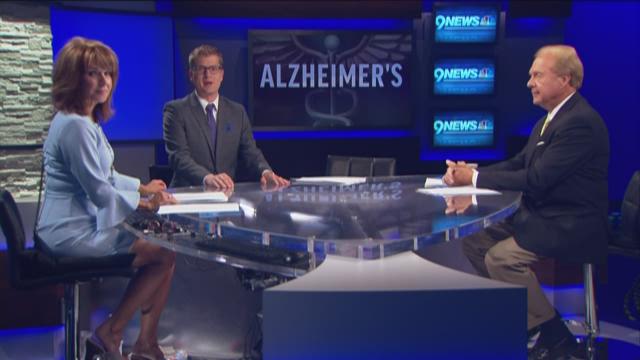 A group of doctors from Colorado, in London for an international conference on Alzheimers, made a significant announcement Wednesday about a drug that could make a significant impact in the fight against Alzheimers.

They told the gathering that preliminary results on the first human trials of the drug "Leukine" as a treatment for Alzheimers have met with unexpected success.

9NEWS has been following the trials being conducted by Dr. Huntington Potter and his team at the CU Anschutz Medical Center for many months now.

Due to our involvement, Dr. Potter agreed to an exclusive interview just before leaving for London to give us the news about his early findings.

Potter and research colleague Dr. Timothy Boyd came to the 9NEWS studio with a detailing their initial results.

Essentially, the first safety trials for Leukine involved 32 people with the disease.

13 were injected with the drug itself. 19 others received a placebo, or, just plain salt water.

The results were surprisingly positive.

Further, the patients who did improve did so quickly. They were showing results in just a matter of three weeks, after only some 15 injections.

"Alzheimer's disease takes probably decades before it even starts to present the first signs of having any cognitive impairment," said researcher Dr. Timothy Boyd. "So to improve cognition within only 15 days of an injection of a treatment--that is very astonishing."

And even more remarkable is that within that same period of time, the Leukine patients actually began to show some improvement in day to day activity, able to once again do things that the disease had taken from them.

Dr. Potter refers to that as being "cautiously very positive."

"Based on their starting place," he said, "people who received Leukine versus people who received the placebo, showed a difference in activities of daily living. Which is an indication of whether they can take care of themselves (such as) make a sandwich by themselves or clean themselves. This is reported by their family members."

All the early results far exceeded expectations, said the researchers, and they offer hope for the millions already diagnosed and the potential generations of patients who may follow them.

"It was not expected. We need to do a much larger trial, a longer trial," said Dr. Boyd. "But we did not expect to improve memory this soon."

The longer trials are next, with funding assistance from the Alzheimer's Association, which sees the potential in a drug that could be the first success where 190 other drugs have failed.

Those next trails will take about a year and half and if all goes well, approval would hopefully come quickly from the FDA.

Dr. Potter and his staff frequently use the MMSE, the Mini Mental State Exam, in their clinical analysis of Alzheimer's patients. It’s one of the many tests that are used to determine the extent of cognitive impairment. You can learn more about the MMSE here.