“I would do it all over again in a heartbeat,” she said. “To save somebody’s life, I mean, that’s kind of cool.” 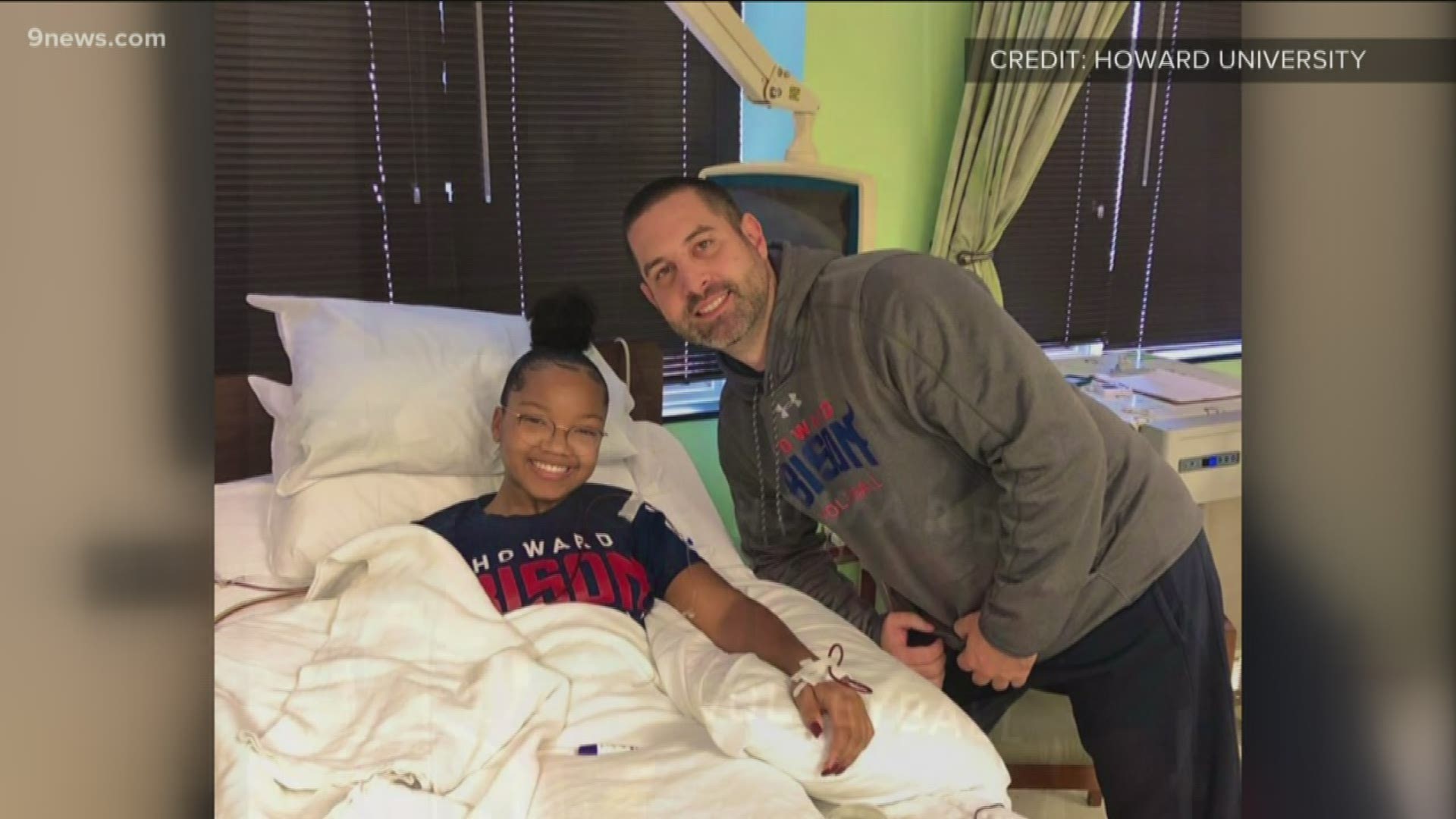 “I’ve played volleyball since I was five or six years old,” the 21-year-old explained.

She was a star athlete at Thomas Jefferson High School in Denver, where she grew up, and later earned a scholarship to play the sport at Howard University.

“It’s something I’ve done my entire life, it’s what I’m connected to.”

But in her senior year at Howard, something unexpected happened: Farrell was faced with a choice between an important moment in her volleyball career, and the chance to save someone’s life.

Earlier in her college years, inspired by another coach at Howard University, Farrell signed up for the Be the Match registry. The organization helps match patients battling blood cancers with donors willing to offer blood stem cells or marrow. Through her university’s donor campaign, Farrell filled out her application.

Then she didn’t really think about it again, until a phone call this year.

“In August or September, I got a call that I was a match for somebody,” she said. Farrell doesn’t know who the patient is but learned only that it’s a 57-year old woman with acute lymphoblastic leukemia.

Farrell said she worked with Be the Match to find the best date for her donation within the timeframe needed, and that would also work around her volleyball schedule. Although the donation itself, was an outpatient procedure – Farrell didn’t realize until later that the required preparation and recovery time would be several more days.

And the donation fell during the same week as an important tournament for the Howard University Volleyball team.

“That was our conference tournament. It’s the tournament we have every year to qualify for the NCAA tournament, the national champs,” she laughed.

“I just asked her, ‘What do you want to do?’” said Tracy Farrell, Jurnee’s mother. “And she’s like, ‘I want to do this.’ There was no hesitation, there was no, ‘Mom, what do you think? ’She was very clear that it was something she wanted to do.”

Jurnee Farrell gave her donation in November. A few days later, she joined her team at the tournament but cheered from the sidelines.

“I was able to support my team and be there for them and still celebrate with them,” she said.

Farrell said it was a sacrifice worth making, to help someone else.

“I would do it all over again in a heartbeat,” she said. “To save somebody’s life, I mean, that’s kind of cool.”

“I think the lessons she has learned right now is the strength of giving,” said Farrell’s mom, Tracy. “I’m her mom and I feel like she has taught me to be a little more giving in this process.”

Inspired by her daughter’s gift, Farrell said she and her husband and Jurnee’s sibling also plan to register with Be the Match.

Jurnee Farrell’s donation is also important because Be the Match is looking to diversify the registry. The organization said donors are more likely to match with someone if they share the same ethnic background. African American and black patients have as low as 23% chance of matching with someone.

“That was one of the bigger things for me,” Farrell said. “Being an advocate and being African American has just been really cool and has been a big part of this whole process.”

Farrell’s former high school back in Denver is proud of her, too. Anne Rice, the Athletic Director and Assistant Principal at Thomas Jefferson High School, offered this statement.

“Thomas Jefferson High School is extremely proud of Jurnee. She was a positive and caring student-athlete at TJ, and we are not surprised she continues to demonstrate her compassion for others.”