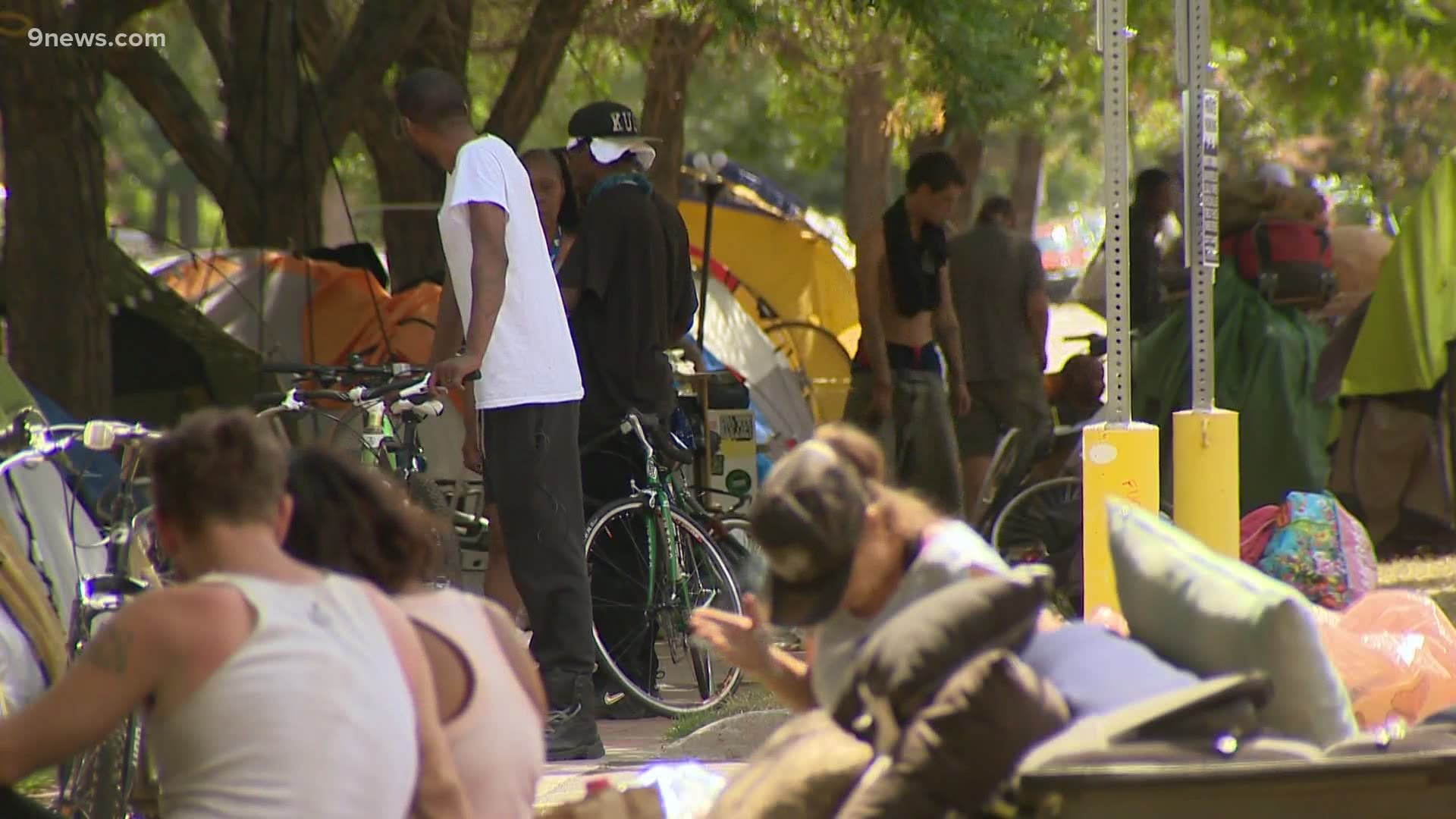 DENVER — The state estimates that it will cost at least another $137,825 to clean up the park that until recently was the site of a large encampment occupied by people experiencing homelessness near the Colorado State Capitol.

That’s according to a news release distributed Thursday afternoon by the Colorado Department of Personnel and Administration (DPA), which has jurisdiction over both the park and Capitol building. The Capitol building has been covered with graffiti since protests erupted in the area back in late May.

Crews cleared out dozens of tents from Lincoln Memorial Park last week, saying that it was becoming a public health hazard. Homeless advocates, meanwhile, said the state was taking away people’s homes in the middle of a global pandemic and recession.

> Watch the video above for a July 29 story about the initial cleanup of the camp.

RELATED: Denver mayor: 'We can't allow these encampments to persist in our city, period'

“Many residents of this encampment are newly homeless after losing jobs or housing due to COVID,” a news release from Denver Homeless Out Loud reads. “These people are totally at a loss for where to go or what to do. They do not feel safe at a shelter and are currently scattered around our city looking for somewhere to be.”

According to DPA, staff have cleaned human waste, used needles and syringes and other potentially hazardous trash from the park. The agency said there was also evidence of a rat infestation in the park.

“There is extensive vandalism and damage to landscaping, irrigation, lighting and electrical fixtures, and the park’s numerous monuments,” DPA’s release says.

The park will remain closed until repairs are finished – and that could be until at least December, according to the release.

The DPA said it has already spent:

The release says it estimates another $137,825 will be needed to restore landscaping, irrigation and security cameras to the area. An estimate for the cost of repairing electrical systems and lighting have not been finalized.

DPA said money from the state’s risk management property fund will cover the majority of the cost, as well as money from insurance.

The state estimates it will cost another $1 million to remove graffiti, clear broken windows and doors and complete restoration work at the Colorado Capitol.