A bill that would cover infertility diagnosis and treatment, as well as fertility preservation, advanced through a House committee Wednesday 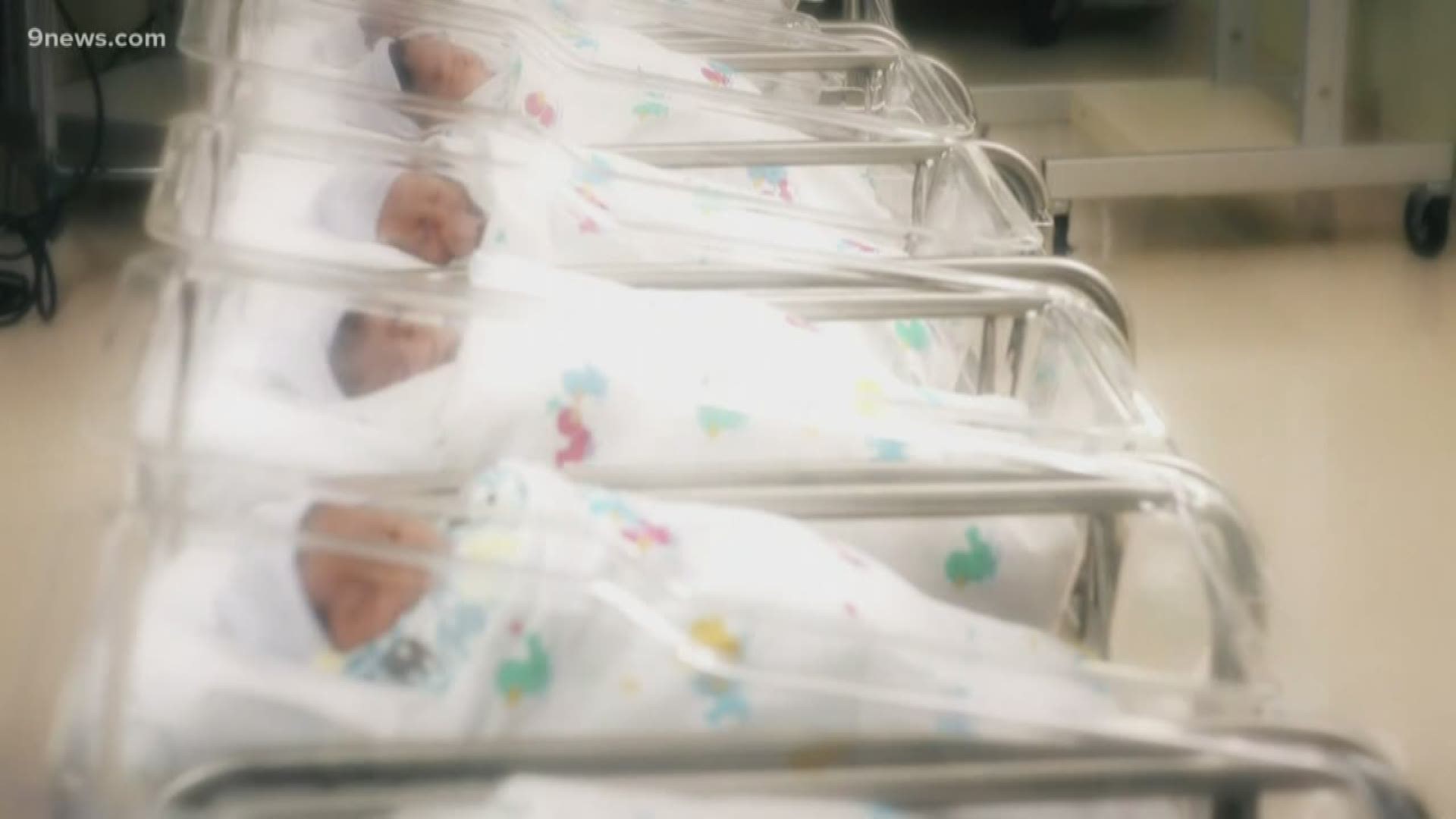 COLORADO, USA — While most women her age are saving for a wedding, a house, or some other big purchase, Carley Rutledge is saving for fertility treatments.

The 25-year old cancer survivor would need medical help if she ever wants to have children.

“There has never been a moment in my life where I doubted my desire for motherhood,” she told Colorado lawmakers Wednesday afternoon. “Not even when… years after my diagnosis, for the first time in my life, I was told because of chemo I would bear no children of my own.”

Rutledge joined others testifying in favor of HB20-1158 Wednesday afternoon, a bill that would mandate insurance coverage for infertility diagnosis and treatment.

The bill would also cover fertility preservation for people with certain medical conditions or undergoing certain treatments, like chemotherapy, that could impact their fertility.

The bill was heard by the House Health & Insurance Committee Wednesday afternoon.

Rutledge explained that she was diagnosed with Stage 4 Ewing Sarcoma when she was a teenager. At the time, she said nobody mentioned the effect chemotherapy would have on her ability to have children.

“Even if they had told me, it would be an extremely massive financial burden and stress,” she said. “I really just felt like something had been taken away from me.”

“The biggest barrier to access to treatment, and the majority of cases are treatable, is cost because people are paying out of pocket,” she explained.

Tipper said even if families are paying for good insurance, many infertility treatment options aren’t covered. Her bill would change that, requiring all individual and group health benefit plans issued or renewed in Colorado to provide the coverage.

Tipper said one in eight people, including herself, are affected by infertility. Many more stories were shared Wednesday afternoon.

Crystal and Tyler Wilson credit in vitro fertilization (IVF) for their two young sons, Matthew and Michael. Tyler Wilson was injured in Afghanistan while serving in the Army, and Crystal Wilson was diagnosed with endometriosis.

“IVF was our only option, because of Tyler’s paralysis,” Crystal Wilson explained. “Serving our country, and then coming home wounded, was the reason we were faced, in our case, with a $40,000 bill.”

Credit: KUSA
Crystal Wilson's young sons sit with her as she testifies in favor of HB20-1158 on Wednesday February 12.

The Wilson's and other families described the struggles of paying the high costs of treatment. In their case, grant money, online fundraisers, and hopeful grandparents who delayed retirement all helped them cover the bills.

Another woman described how she and her husband moved into their in-laws home and rented out their own, in order to save nearly $30,000 for an IVF treatment. They now have a young son and are expecting their second child.

One father listed the sacrifices his family made to afford IVF.

“We quit saving for retirement, didn’t take vacations, didn’t contribute to our son's 529 plan, didn’t buy adaptive equipment for recreation,” he told lawmakers. “But now we have a daughter.”

Representative Tipper, a Democrat, got bipartisan support for her bill. It passed unanimously out of committee Thursday. Some of her Republican colleagues offered words of support.

“I try to keep government out of private industry as much as possible. There is an appropriate role for insurance. We license them,” said Representative Mark Baisley, a Republican representing Douglas and Teller Counties. “This is an evening of the playing field. If all health insurance companies provide the same service then that makes that an even-steven thing.”

He added, “this bill has been smartly written. It’s very measured and, well done. I’ll be a yes.”

Fellow Republican, Representative Perry Will (R-Garfield, Moffat, Rio Blanco), said he had a story, too – but declined to share it during the committee.

“My grandkids are the greatest gift that God ever [gave] me,” he said instead before he was overcome with emotion. He, too, supported the bill.

RELATED: Resources for women who are experiencing infertility

It is unclear what, if any, impact the bill could have on insurance premiums. The bill’s fiscal note said that, because insurance rates are influenced by a number of variables, the impact on premiums is not estimated.

Representative Tipper said other states that have already passed similar bills, and the impact is minimal.

“There are 17 other states that have done this,” she said. “In states where this passed, initially you had health plans saying this is going to raise premiums, then after the policies passed, those concerns went away. In states where there has been an increase in premiums, it’s been marginal.”

Instead, Tipper pointed to cost savings.

“The cost savings to the system as a whole is billions of dollars [nationwide] in some estimated cases,” she said. “People make smarter, healthier decisions when they have insurance coverage. They don’t take risks, they don’t undergo risky or inefficient treatments because it’s cheaper.”

The bill now moves to the Appropriations committee. If it becomes law, the changes would take effect in 2022.