Colorado Task Force One trains for search and rescue missions

Colorado Task Force One trains at a rubble pile similar to what they would encounter if there was a real disaster like the one at Surfside in Miami. 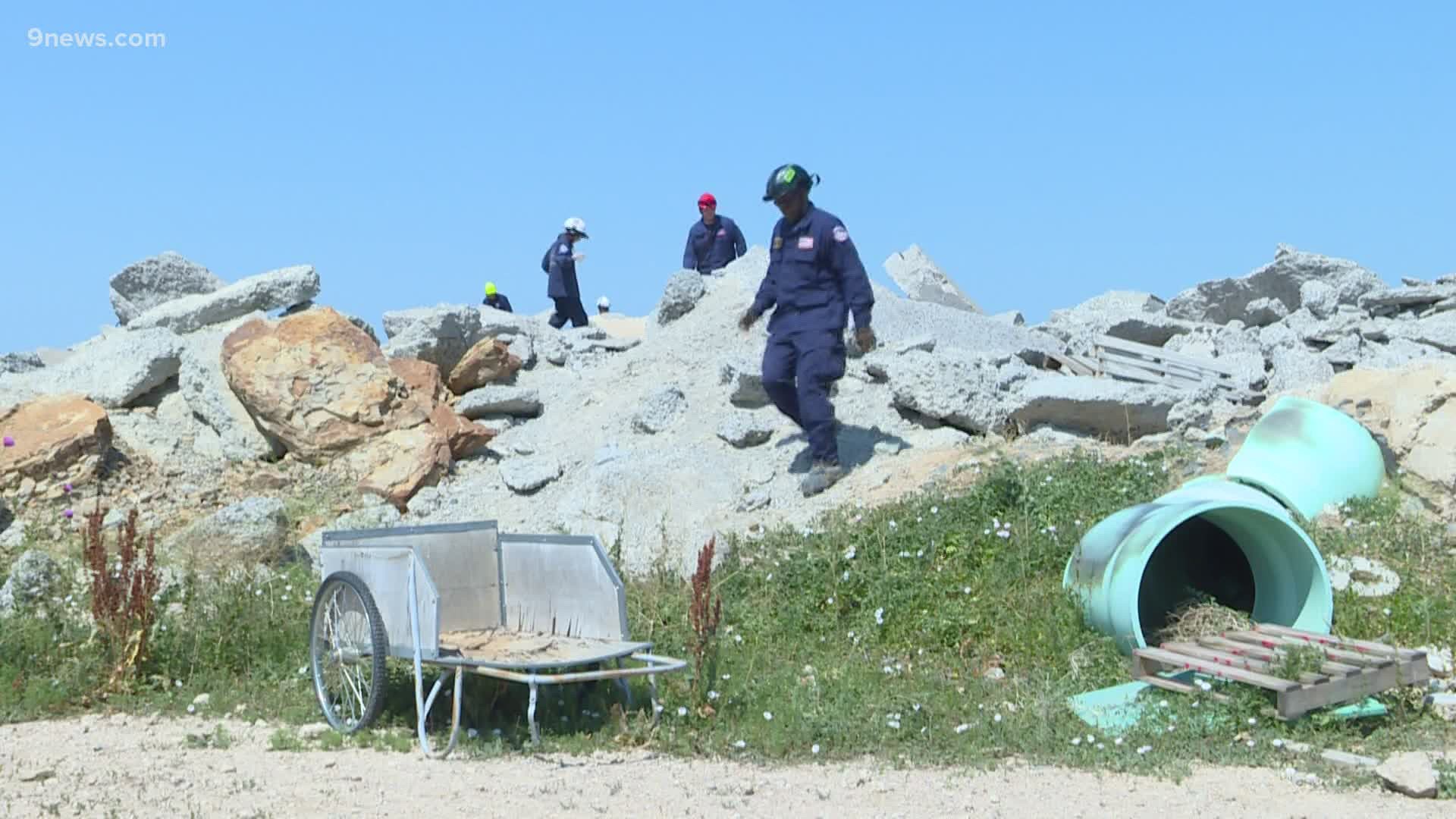 COLORADO, USA — Colorado Task Force One (CO-TF1) did not get deployed to assist with the condo collapse in Surfside as they have during other disasters. However, West Metro Fire is preparing if another collapse is to happen and their help is needed.

“It gives us the opportunity to practice in these conditions so that we are ready to go if the time comes again,” said CO-TF1 Training Manager Mike Parker.

Training takes place with the K9s sometimes twice a week at this pile of rubble near Denver International Airport with dozens of fire agencies that make up CO-TF1. The team is often on standby to respond to disasters across the country.

“We have had obviously a lot of hurricane deployments, tornado deployments, CO Task Force responded to the floods after we had the fires,"  said CO-TF1, K9 Search Specialist Denise Alvord. "Sometimes they’ll go after fires as well, building collapse, structure collapse pretty much anytime that we’re looking for missing people is a disaster situation.”

The goal is to keep the teams, and the K9s prepared.

The K9 narrows down where life may be inside the rubble by using its sense of smell.

“Where we as humans are looking for the piece of clothing, the shoes that’s sticking out something like that,” said Alvord.

It’s a race against time to get the survivors out.

Training Manager Mike Parker played the role of the survivor trapped in a void space in the pile of rubble. He immediately barked to alert the search team that there was life inside. A K9 is then unleashed to locate him.

It took the K9 about a minute.

Steve Johnson with CO-TF1 operates the search camera, moving in and out of spaces looking for openings. On the camera, he saw Parker in the void, waiting to be rescued.

“You can imagine the sigh of relief as people would see a camera head or some kind of other human contact with the search and rescue team on the way in,” Johnson said.

The team then worked to get Parker out, and the rescue is complete.