One of the first bills the governor signed this session was meant to help with the nursing shortage. Instead, it's putting new graduates in a bind. 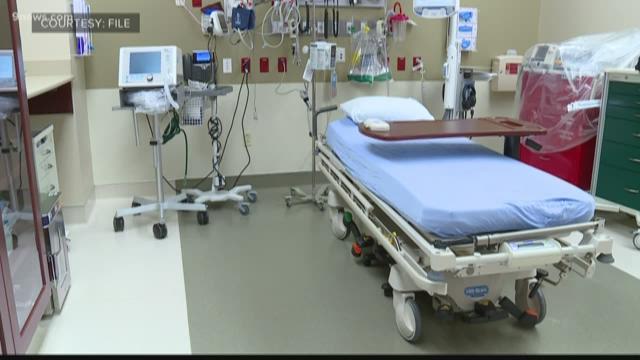 One of the first bills the governor signed this session was meant to help with the nursing shortage.

The Enhanced Nurse Licensure Compact, allows nurses to care for patients in states that sign up for the program. The goal is to make it easier for nurses to transfer their license from other states.

Wyoming, Utah, Arizona and about two dozen others are a part of the Compact.

Some new graduates say it's putting them in a bind.

Nursing applicants in Colorado were warned recently of an up to four-month delay to the approval of their licenses.

Those with the original NLC multi-state license will be grandfathered into the eNLC, but December graduates are now facing delays.

Diana Mendoza graduated from Arapahoe Community College in December. "Before graduating I had jobs I had been looking at," Mendoza said.

One number held her back, the nursing license number.

"Once I passed, I was telling my son, 'mommy is going to be a nurse, it's finally going to happen! Mommy is just waiting for her number'," Mendoza said.

She had been told that number was going to come within 4-6 weeks, but that didn't happen.

Instead, she got a letter from the Colorado Department of Regulatory Agencies sent to nursing applicants.

The letter says the new law required her to get a background check from the Colorado Bureau of Investigation, but CBI needed approval by the FBI and that could take up to 120 days.

"That's a little bit over four months and four months from now, is that job still going to be there? Probably not," Mendoza said.

Colorado applicants must submit a fingerprint-based background check before a nurse can be issued a compact nursing license.

Once that approval process is complete, all pending nurse applicants will get instructions on how to get these fingerprints and to move their license along.

Thursday, Mendoza personally went to meet with the Board of Nursing to get some answers. Instead, she was received by woman who told her she needed to call and make an appointment. "I have called, but no one answers," Mendoza said.

State Senator Nancy Todd spoke with 9NEWS on Thursday, empathizing with nurses who may have jobs hanging in the balance.

"We definitely don't want to keep our nurses waiting, especially if they have prospective jobs lined up," Todd said. "We're looking into it now and will provide more information on a way forward as quickly as possible."

In the meantime, nursing applicants are in a bit of a holding pattern; waiting for word from DORA, that released this statement on Thursday:

The pending nursing applications are being processed, and applicants are being permitted to take their nursing exams when they apply for licensure in Colorado.

A new step in the process based upon the adoption of SB18-027 is a fingerprint-based criminal background check before a nurse can be issued a compact nursing license in Colorado. However, the Colorado Bureau of Investigation is currently awaiting approval from the Federal Bureau of Investigation, which is required prior to processing the fingerprint background checks. The approval process from the FBI can take up to 120 days. Once CBI receives approval from the FBI, We are currently working with National Council of State Boards of Nursing to explore options to address applications during the time period before CBI can process the fingerprint background checks while still remaining compliant with the compact.

DORA will be sending email communication to all pending nurse applicants with instructions on how to obtain their fingerprint background checks and move their application forward.