A regular cold or something more? Here's how to tell the difference

It’s that time of the year when kids start getting sick. When does a cold become something that needs antibiotics? 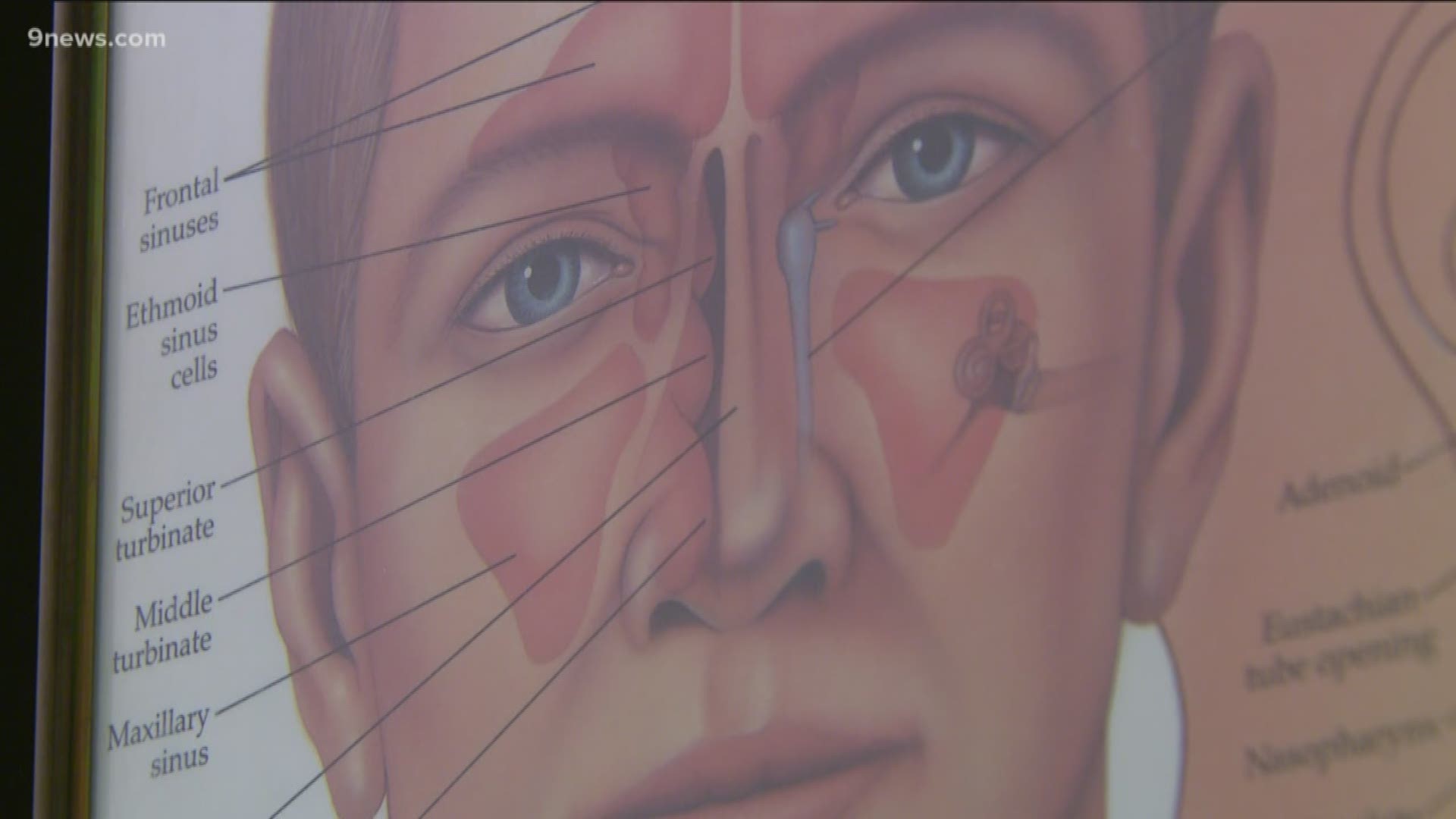 AURORA, Colo. — Every kid gets the common cold, sometimes multiple times a year. When it lasts longer than two weeks, that’s when it could be something worse.

About 10% of the time, according to Children's Hospital Colorado, the problem is acute sinusitis.

Sounds intimidating, but before you grab that Z Pack you've kept "for a rainy day," there's a process that needs to be followed so you're not overusing antibiotics.

First of all, your pediatrician can diagnose and treat acute sinusitis based on history and an exam. Most kids will get well on their own, but between 20-30% will continue to have symptoms. Then, it becomes chronic.

"Those symptoms include nasal obstruction, nasal discharge," said Dr. Kenny Chan at Children's Hospital Colorado's Sinus Clinic. "Most of the time the nasal discharge is colored yellowish or greenish, sometimes they complain about headaches, a lot of them have nocturnal or nighttime cough."

Don't panic if your child has all these symptoms, Chan said, because that alone isn't even enough to diagnose chronic sinusitis.

"There are masqueraders of chronic sinusitis — things such as repeated viral colds, or maybe adenoid enlargement causing similar symptoms," he said.

Here's proof through two CT scan images. These two patients have the same symptoms, but the child on the left looks normal, the one on the right, not so much.

Credit: Children's Hospital Colorado
Not all sinusitis is sinusitis. There are masqueraders! These two patients have the same symptoms, but the CT scan shows the 7-year-old does not have sinusitis, but the 3-year-old does.

Chan said samples of the nasal drainage from the kid on the right will be sent to the microbiology lab in the basement of the hospital.

Scientists take the sample, put it in a petri dish, and watch it grow. Sometimes, nothing will happen, which is a confirmation that a patient doesn’t have sinusitis. But sometimes, it grows, and then it’s about figuring out which antibiotics to use.

"In those patients who have had bacterial sinus infections and have had chronic infections, those can be more complicated and challenging," Dr. Juri Boguniewicz told 9NEWS.

He works with pediatric infectious diseases.

"We want to know which antibiotics we can use and the best way to know that is to know what bacteria is causing it," Boguniewicz said.

Almost 40% of kids who show symptoms of sinusitis don’t need antibiotics. Make sure you see your pediatrician before giving your kid any medication.

Part of the cause of chronic sinusitis can be asthma or hay fever, so Children's Hospital Colorado will run those tests too if your child is showing symptoms.

In conclusion, don't panic if your kid gets a cold. It happens. See a doctor if that cold persists after two weeks. If your child still isn't getting better, there could be complications. Children's Hospital has a sinus clinic that can help if you need it.