More than 5.7 million people in the U.S. are living with Alzheimer's, according to Alzheimer's Association data, and an estimated 16.1 million more take care of those afflicted with the neurodegenerative disease that has no known cure. 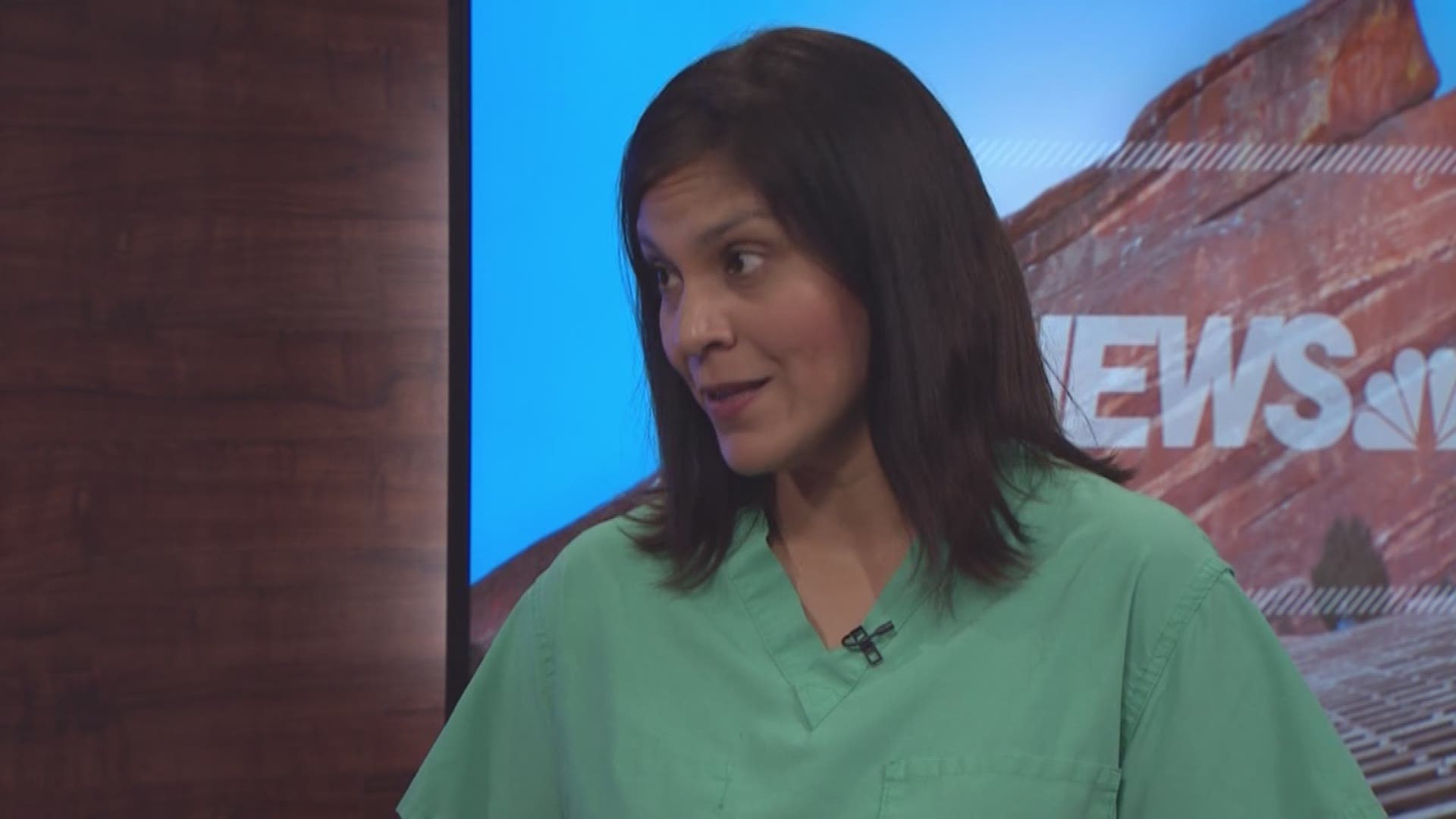 KUSA – It’s a disease that affects millions of Americans.

More than 5.7 million people in the U.S. are living with Alzheimer’s, according to Alzheimer’s Association data, and an estimated 16.1 million more take care of those afflicted with the neurodegenerative disease that has no known cure.

STORY | Annabel Bowlen, wife of Broncos owner, announces she too has Alzheimer’s

Annabel Bowlen said her decision to go public right away was in an effort to raise awareness.

“With June also being Alzheimer's and Brain Awareness Month, the timing was right for me to share this personal update with everyone,” Annabel Bowlen told 9NEWS.

It’s a disease that afflicts millions, but is also not well-understood. In the spirit of raising awareness, here’s a look at some common misconceptions about Alzheimer’s, as well as the answers to frequently asked questions about the disease.

Alzheimer’s is the most common form of dementia, and the sixth leading cause of death in the U.S. What basically happens, according to the Alzheimer’s Association, is that a patient’s brain cells stop running and eventually die.

This degenerative disease has no cure, though there is some Food and Drug Administration-approved treatment that slows down the disease for four to six months in some patients, it is not a long-term solution.

How is Alzheimer’s diagnosed?

No single test can determine the presence of Alzheimer’s disease, but a combination of neurological physical assessments – including imaging exams – can offer a diagnosis with 90 percent accuracy.

The only form of absolute confirmation is a brain autopsy.

It’s important that Alzheimer’s is diagnosed as soon as possible to help manage symptoms, as well as to help the patient make important decisions for their future.

RELATED | He spent a lifetime conditioning his body, unprepared for Alzheimer's to take his mind

Alzheimer’s is actually the sixth leading cause of death in the United States.

“It slowly and painfully takes away a person's identity, ability to connect with others, think, eat, talk, walk and find his or her way home,” according to the Alzheimer’s Association website.

But with that being said ...

Myth: Alzheimer's disease is deadly and people do not live long after diagnosis?

People with Alzheimer's are living longer now after diagnosis. Usually the average time is eight years, but many people with Alzheimer's are living up to 20 years with the diagnosis. Alzheimer's is characterized by mild symptoms like memory loss and confusion, which can then progress to more severe symptoms like difficulty coming up with words, losing or misplacing items, difficulty with planning and organizing things, and then not being able to remember events at all, difficulty caring for themselves, and depression.

Myth: Alzheimer’s only afflicts the elderly

While a majority of the people diagnosed with Alzheimer’s disease are 65 and older, early-onset Alzheimer’s can afflict people in their 30s, 40s and even 50s.

According to the Alzheimer’s Association, there are about 200,000 people with early-onset Alzheimer’s disease living in the United States.

While there is no evidence that late-onset Alzheimer’s is hereditary, the Alzheimer’s Association says early-onset is.

Myth: The memory loss associated with Alzheimer’s just happens when you get older

According to the Alzheimer’s Association, this is not the case. While it’s normal for older folks to have slight memory problems, Alzheimer’s is far more serious.

This could include forgetting dates and events, trouble doing things like paying bills, difficulty driving to familiar locations and problems with words.

You can see some of the differences between age-associated memory loss and Alzheimer’s here.

Myth: You can get Alzheimer’s from tooth fillings, aspartame, flu shots and aluminum

According to the Alzheimer’s Association, while at some point in time studies have shown each of these are a potential cause the disease, that’s not the case.

The FDA also found that there is no definite link between aspartame (an artificial sweetener), flu shots or silver dental fillings with Alzheimer’s.

Yes, estrogen does have a protective effective on Alzheimer's

Although women are two-thirds of the 5.7 million people with Alzheimer's, the risk goes up after they hit menopause.

Menopause is when the estrogen and other female hormones decrease in the body. There is some research suggesting that starting hormone replacement therapy even during perimenopause may be beneficial for women. Eating foods high in antioxidants (e.g. blueberries, dark chocolate, strawberries) and phytoestrogens (e.g. soybeans, oats, lentils) could also be helpful. Also, taking care of your general health, exercise and chronic medical conditions can also be helpful. There are also five FDA approved drugs to help treat the symptoms of Alzheimer's.

There is no cure for Alzheimer’s.

Are the risk factors for Alzheimer's are the same as cardiovascular disease?

Alzheimer's and cardiovascular disease share a lot of risk factors. This is because the same things that can cause your blood vessels in your heart to narrow can also causing narrowing of the blood vessels in the brain causing areas of low blood flow or ischemia. Risk factors include high blood pressure, high cholesterol, diabetes, heart disease, stroke, obesity, and not getting enough physical activity.

There are also some additional risk factors that may play a role. Genetics matter. If you have a first-degree relative with Alzheimer's your risk goes up. Certain genes have been isolated that are correlated with Alzheimer's (e.g. APOE-e4), as does increasing age, head trauma and even certain types of herpes viruses (HHV-6, HHV7).

Click/tap here more information about Alzheimer's, as well as resources for patients and caregivers.