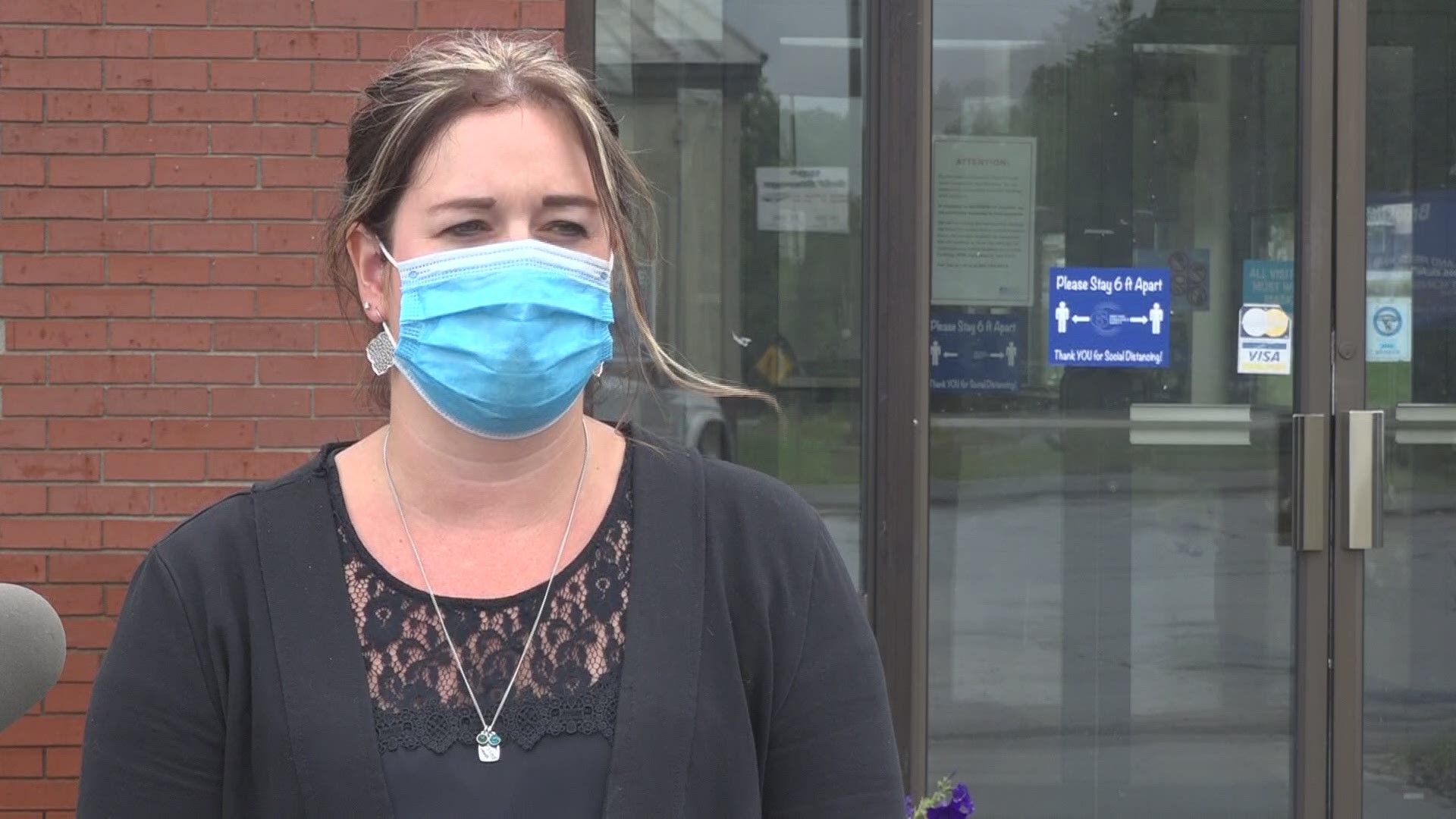 MILLINOCKET, Maine — Millinocket Regional Hospital said Wednesday that one person from the wedding at Big Moose Inn has been admitted to the hospital and linked to the outbreak.

A letter from CEO Dr. Robert Peterson said the hospital has tested more than 300 people and 190 results are pending.

The hospital has reported 28 positive cases of COVID-19, and the CDC has reported that 24 out of those 28 are definitely linked to the wedding reception.

Read the full letter below:

COVID-19 seems to have been an unwanted guest at a wedding in Penobscot County on August 7. The reception and ceremony happened at Big Moose Inn, Cabins and Campground.

So far, the CEO of Millinocket Regional Hospital says 28 people, who either went to the wedding or came in contact with someone who did, have tested positive. Health officials say they expect cases to go up as testing continues.

According to hospital officials, everyone who tested positive for the virus have been instructed to quarantine at home for 14-days, symptomatic or not.

The CEO at Millinocket Regional Hospital Robert Peterson says no one has been sick enough to require hospitalization.

"I think until we have better information and we have the details that we need, we are erring on the side of caution, and making sure that we are putting the safety and health of our members and our staff as our major priority here," says Alaina Daisey, Chief Financial Officer at Katahdin Federal Credit Union in Millinocket.

"It's obviously a big deal for us, we are a small community, we all know each other and so these are our friends and our neighbors that are being affected by this," says Daisey.

"People who were trying to celebrate one of life's major milestones and are now contending with the anxiety that comes with COVID-19," says Dr. Nirav Shah, the director of Maine's Center for Disease Control.

Matthew Polstein is the owner at New England Outdoor Center, which is just about a mile away from Big Moose Inn, he tells NEWS CENTER Maine they have taken all the measures possible to keep everyone safe.

"We have reduced the number of seatings slightly further in our restaurant operation, and we are placing a priority focus in serving our in-house guests in those limited seats," said Polstein.

Peterson says "the testing of residents is ongoing," he also added the number of positive cases is expected to rise as testing continues.

To keep everyone safe, surgeries and appointments at Millinocket Regional Hospital are being rescheduled.

"At this time, all the individuals who've tested positive are currently being managed as out-patients; with no hospitalization required," says Peterson.

Dr. Nirav Shah says the Center for Disease Control will continue to investigate how this outbreak started.

During that investigation, some businesses changing how they do business.

"I think until we have better information and we have the details that we need, we are airing on the side of caution," said Daisey.

NEWS CENTER Maine reached out for comment to Big Moose Inn but we were told they will return our call in 3 to 4 business days.

"We don’t know if the outbreak originated at the big moose inn or if it came from other places," said Dr. Shah. "There may have been other sources of transmission in addition to the reception."

Dr. Shah told reporters today at the C-D-C briefing that everyone who tested positive is from Maine and that it's possible the number of those infected will go up as more testing takes place.

"It’s another reminder that COVID-19 exists in Maine and can spread quickly when large groups of people can gather in density," said Dr. Shah.

Dr. Shah also reminded everyone that if you go to a large gathering you should always stay six feet apart from others, wear a face covering, and use hand sanitizer.