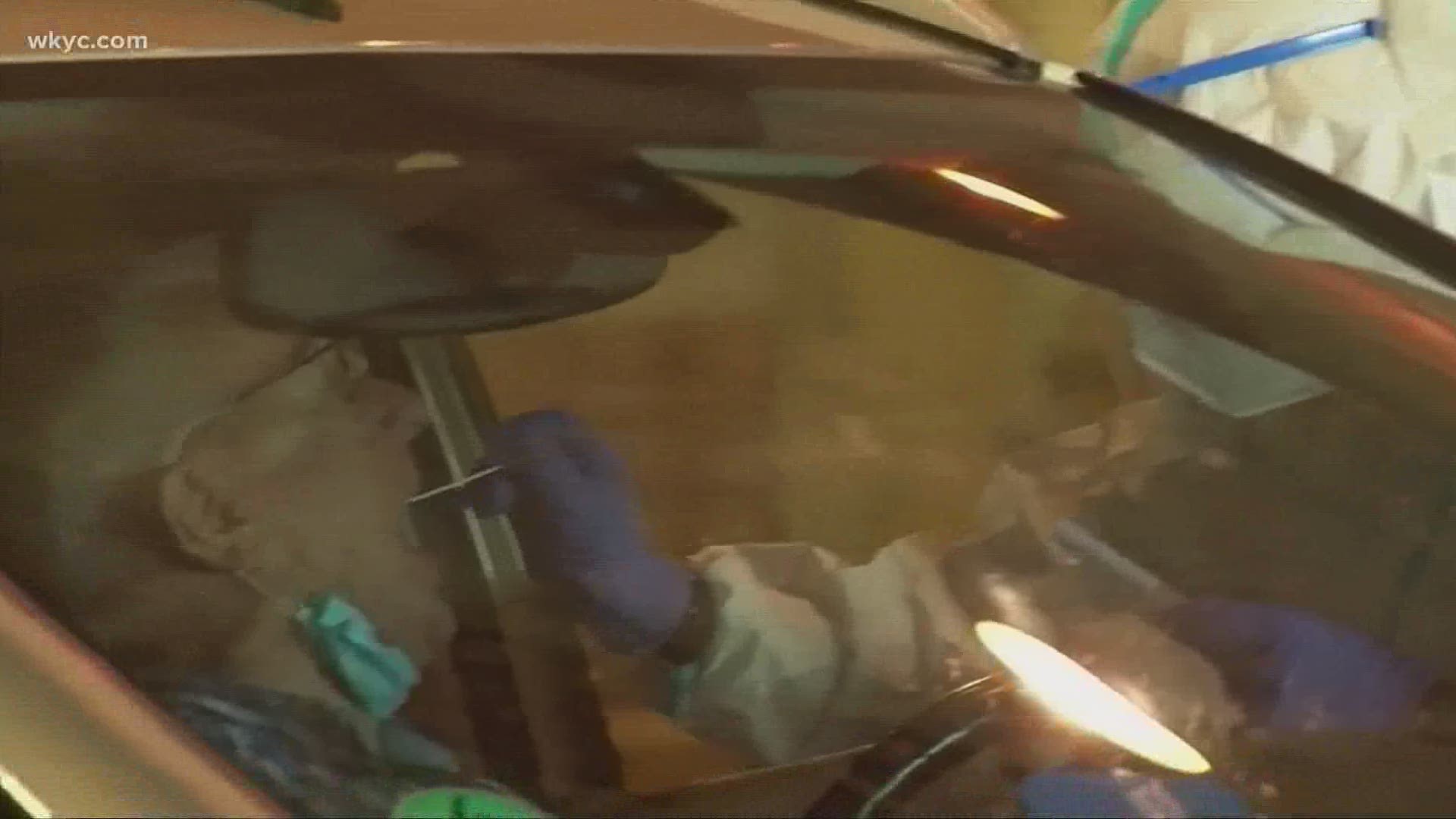 The news is mixed as Gov. Mike DeWine on Monday again reminded residents that the COVID-19 virus remains a threat.

Numbers from the Ohio Department of Health show 3,395 new cases just since Friday.

Overall, the state has seen 51,046 cases since the outbreak began in March. More wide-spread testing is certainly part of the reason Ohio has seen cases surge. The state has recently conducted as many as 19,000 tests in a single day.

During the early stages of the virus, the state averaged around 3,000 tests a day, records show. The percentage of positive test results have stayed steady, around 4 to 5 percent during recent spike.

Since the outbreak began, Ohio has recorded 2,818 deaths connected to COVID-19. The numbers have trended downward since a peak in late April.

While deaths tend to lag behind cases and hospitalizations, health officials are hoping the recent spate of new cases – many of which tend to be from people under 40 – will not result in a correlating number of deaths.

Along with Monday’s case increase, overall numbers of hospital patients have slowly trended higher since June 16. There are now 669 hospitalized patients. That’s up from 513 on June 20.

COVID-19 remains have major threat to older residents. The average age of death is 81.

The spike in new cases comes as Ohio continues to reopen businesses and more young people are out in public, some for pleasure, others for protests that have taken place since the May 25 death of George Floyd.

In Cleveland, health officials on Monday said the city’s recent spike of new cases can be tied to around the time of several protest marches in late May and early June. On Sunday, the city saw a record 75 new cases.

Ohio closed down most businesses in mid to late March in an effort to spare hospitals from being inundated from the highly-contagious virus. DeWine started to lift the orders in May, in staggered phases.

While the state “flattened the curve,” the move pushed out infections for a longer period of time.

“This is still the first wave as you might consider it,” said Dr. Thomas File, an infectious diseases expert from Summa Health and the Northeast Ohio Medical University.

File said it appears Ohioans, and others across the nation where cases have spiked, such a Florida, Texas, Californian and Washington, may be experiencing “COVID fatigue.

He encouraged residents to prioritize masks and social distancing while in public.

“I think it's because a lot of the public are not compliant with a lot of health measures," File said. "...such as social distancing and the wearing of masks.”

The numbers support it.

In the past 12 days, hospitals have seen a 24% hike in new admissions. It’s the first rise in two months.

But as further evidence of younger people being infected, ICU admissions (down 16 percent) and ventilator use (down 33 percent) are both lower.

And deaths continue to trend lower. After peaking in late April with 327 deaths in a 7-day span, Ohio has seen weekly fatalities fall to under 180 for each full week in June.

The elderly, especially those in nursing homes, remain the most at-risk group. The average age of death is 81, according the ODH reports. And about 90 percent of deaths involve patients over 60 years old.

“I think deaths are down because we're seeing an increase positive tests in younger age group,” File said. “and perhaps a lot of these are not going to have the underlying conditions associated with this.”