A mother of five and a grandmother of nine, Ines Santacruz fought coronavirus at UCHealth in Aurora for 16 days. 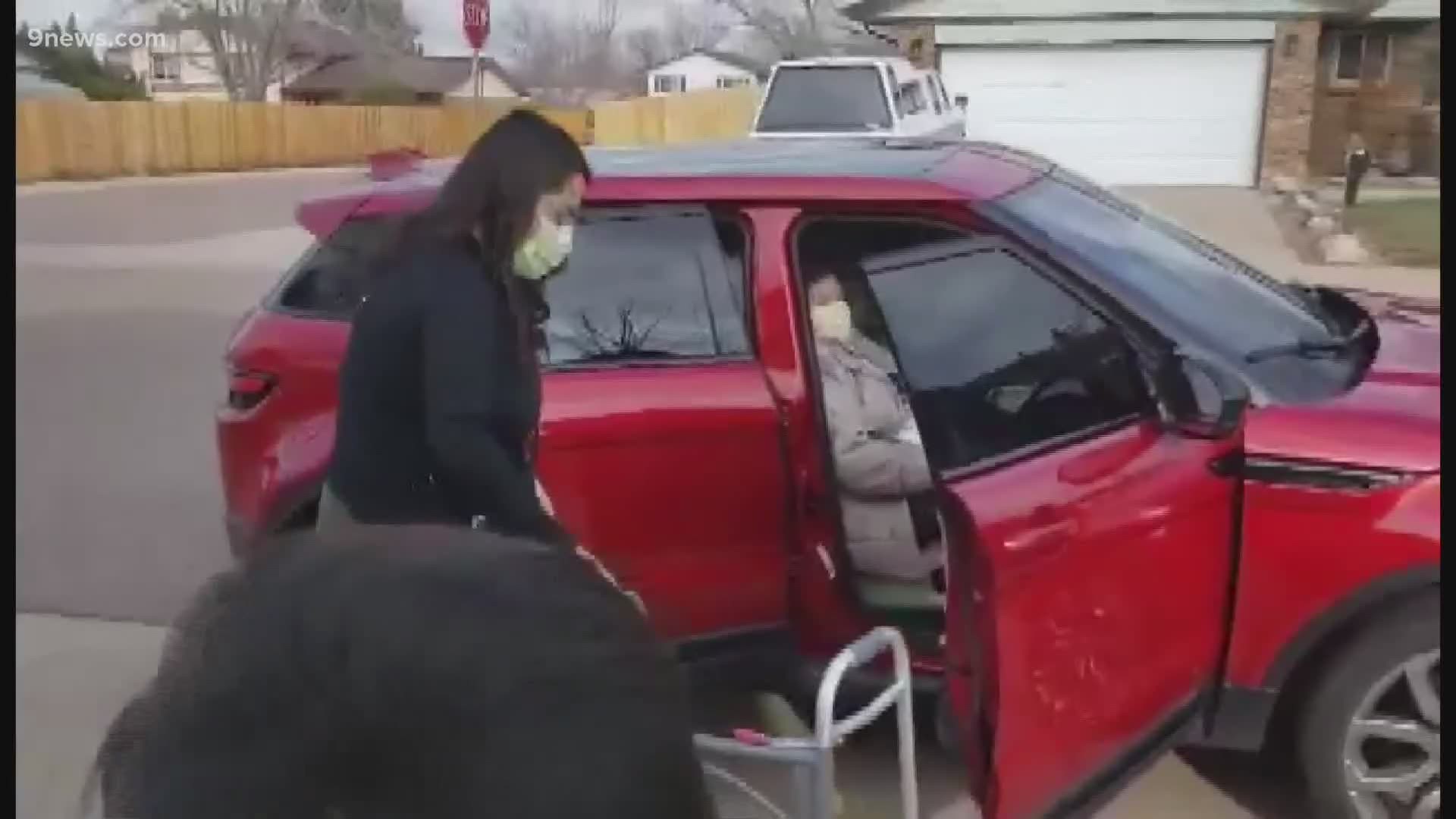 AURORA, Colo. — Colorado has had at least 6,510 cases of COVID-19 through April 9, according to the Colorado Department of Public Health and Environment. However, the state is not reporting the number of COVID-19 patients who have recovered, so we don't know how often it's happening.

A family in Aurora told 9NEWS, their mom is at least one example of a local coronavirus recovery.

A mother of five and a grandmother of nine, 55-year-old Ines Santacruz fought coronavirus at UCHealth in Aurora for 16 days. Ten of which she spent intubated, in a medically induced coma.

But her fight with COVID-19 didn’t begin the day she was admitted to the hospital at the end of March.

“We’ve been dealing with this since March 14,” said her eldest daughter, Elvira Santacruz. “My mom started out being sick at the same time that I was.”

Turns out, a few members of the Santacruz family were affected by the virus.

“My other sister started getting sick,” Elvira said. “She was the only other one who got tested.” Her sister’s test came back positive. But all of them, including her COVID-19-positive sister, were able to recover at home. But not their mother. By the end of March, Ines had gotten much worse.

Elvira Santacruz said that’s when she first took her mom to a hospital.

“I took her to the ER on Sunday – I believe it was the 22nd – they said that she had a GI issue,” Elvira recalled. “They were like, ‘No it’s not corona,’ but they didn’t test her.”

RELATED: A Colorado woman is on the front lines for finding a vaccine for COVID-19

Elvira and her mother were sent home. Three days later, on March 25th, Elvira tried again. This time at the University of Colorado, UCHealth.

“She already had pneumonia in her lungs,” Elvira said. “When she got to University, they told us that she was very critical because of it.”

Elvira said, doctors there treated Ines as a COVID-19 patient right away.

“They called us that Thursday morning around 3 o’clock and said that her oxygen was still very low,” Elvira said, in tears at the memory. “They had to put her on a ventilator. We were just an emotional wreck.”

On her first day in the ICU, Ines was put into a medically induced coma and treated with antibiotics, as well as hydroxychloroquine and Sarilumab.

For her protection and theirs, no visitors were allowed.

“We couldn’t speak to her. We couldn’t be there with her,” Elvira said. “The only thing we had was the nurses who would FaceTime us from her room. And the Chaplin would go and pray by her window.”

“That’s the only thing that we had was our faith,” Elvira said.

But even with prayer, the Santacruz family had moments of fear that Ines may not survive.

After 10 agonizing days, Ines Santacruz was taken off the ventilator. And a week after that, she was re-tested for coronavirus. Her second test came back negative. On Thursday, April 9, she walked out of the hospital – almost four weeks to the day from when it all began for the Santacruz family.

“This is what we’ve been praying for,” Elvira said the day her mother was discharged. “We just want her to be well.”

In her home in Aurora, less than 24 hours after her discharge, Ines Santacruz said she never believed she would make it home again. The mother, grandmother, and COVID-19 survivor said, she’s so grateful that she did.