'I wanted to be able to make a difference': Black retiree joined COVID vaccine trial for his community

Thousands of volunteers helped scientists test Moderna's COVID vaccine, including a local Stapleton man. The 66-year-old talks about why he joined. 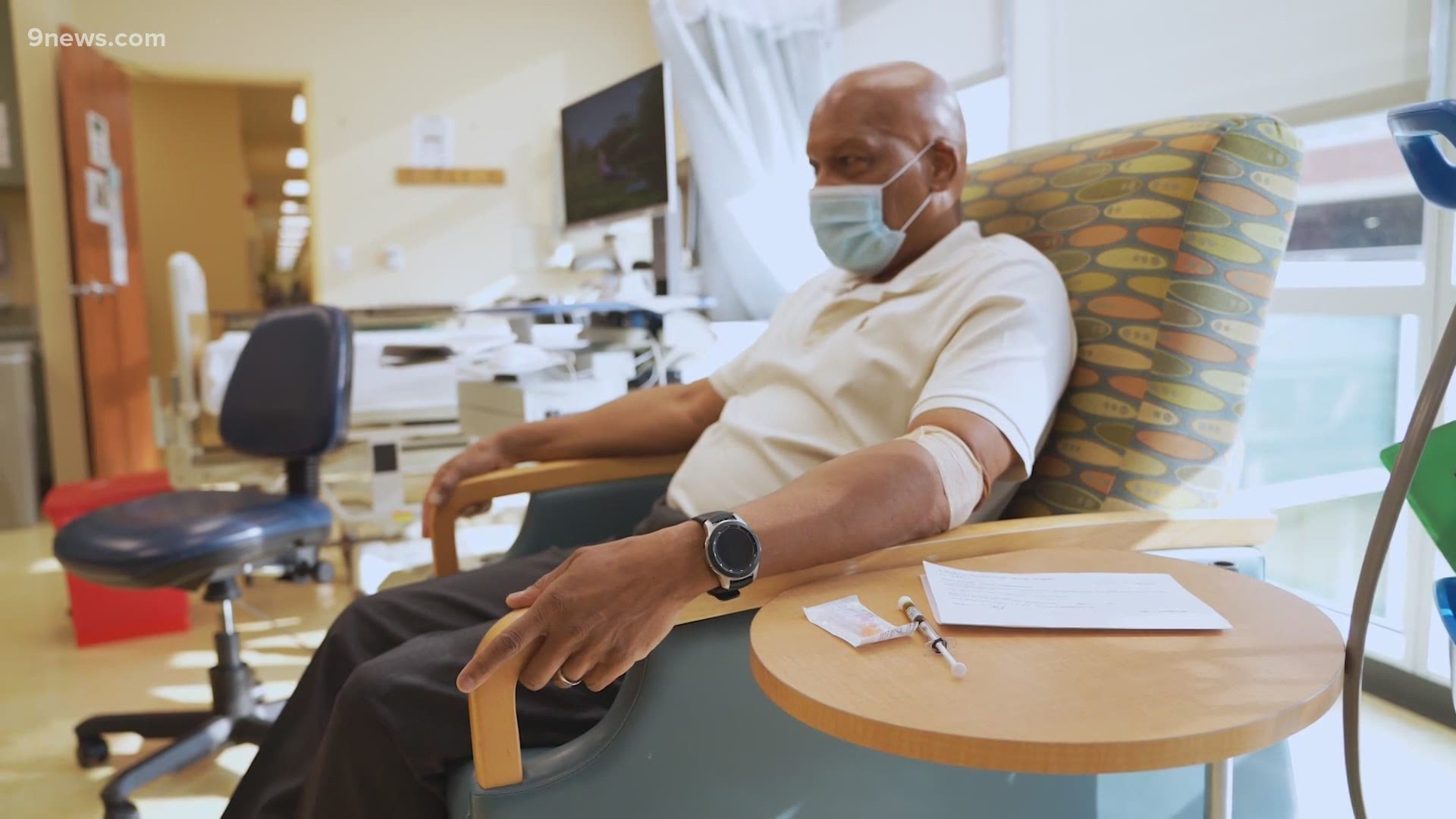 DENVER — There are so many reasons why Moderna's COVID-19 vaccine is finally shipping to cities across the U.S. One of those is a local 66-year-old man named Michael Rouse.

"I think this is one of the few cases in the world where one person can contribute to making a difference everywhere," Rouse, a Stapleton retiree said.

About 74,000 volunteers helped scientists test Pfizer and Moderna's COVID vaccines over the course of this year. FDA authorization couldn't have happened without trial participants like Rouse.

"I'm not a medical person," he said. "I'm in the computer industry. But I wanted to be able to make a difference in the world from a medical standpoint when I saw that COVID was getting out of control."

Rouse has never participated in any other clinical trials. But in August, he volunteered for Moderna's COVID-19 vaccine trial through UCHealth; allowing himself to possibly be injected with a vaccine before FDA authorization, not once but twice.

123 days and two injections later, Rouse will tell you, he had a lot of reasons to do it and he's glad he did.

As an African American in Colorado, Rouse knew COVID-19 was hitting his community harder. Despite that fact, he also knew his community would be more hesitant about the COVID-19 vaccine than many others.

"The biggest thing I hear from even my relatives and other African Americans is that there hasn't been enough testing. Or, 'I don't want to get sick from the vaccine,'" Rouse said.

Rouse said he wanted to help put those hesitations to bed.

"As an African American," Rouse continued, "I needed to show that we shouldn't be afraid to take part in new research. I understand there is history. But I also understand that we can't stand on the sidelines and let history determine where we move in the future. It's so important that we move ahead, not move back."

So forward he went into UCHealth University of Colorado Hospital in Aurora as one of the 10% Black participants in the Moderna vaccine trial this summer.

"Some of the side effects I had were muscle aches, body aches, fatigue, headache and nausea. And they only lasted 12 hours after the first dose and 24 hours with the second dose," Rouse said. "After that, I've had no side effects whatsoever. And I've been in a program over 100 days right now."

It's been 123 days to be exact. And Rouse said he's feeling great. But he also said he didn't do this for himself.

"I felt it was necessary to step up and get involved. I didn't want to sit on the sidelines. We can't hide from it so I figured I may as well get into the fight," he said.

Rouse will stay under observation in the Moderna clinical trial for two years, during which time he will find out if he got the vaccine or the placebo. If he did get both doses of Moderna's COVID-19 vaccine, Rouse has been told that any long-term side effects will also be monitored and added to existing data about the vaccine.

"We have to overcome our fear that the vaccine is somehow going to make us sick. It's not. Or the fear that you're being used as a guinea pig," Rouse said. "There were 70,000 of us that were being used as guinea pigs," he said. "We were the guinea pigs. And we're all healthy, safe and doing well. I think it's time that the rest of the public, when it's their turn, step up and help fight this."