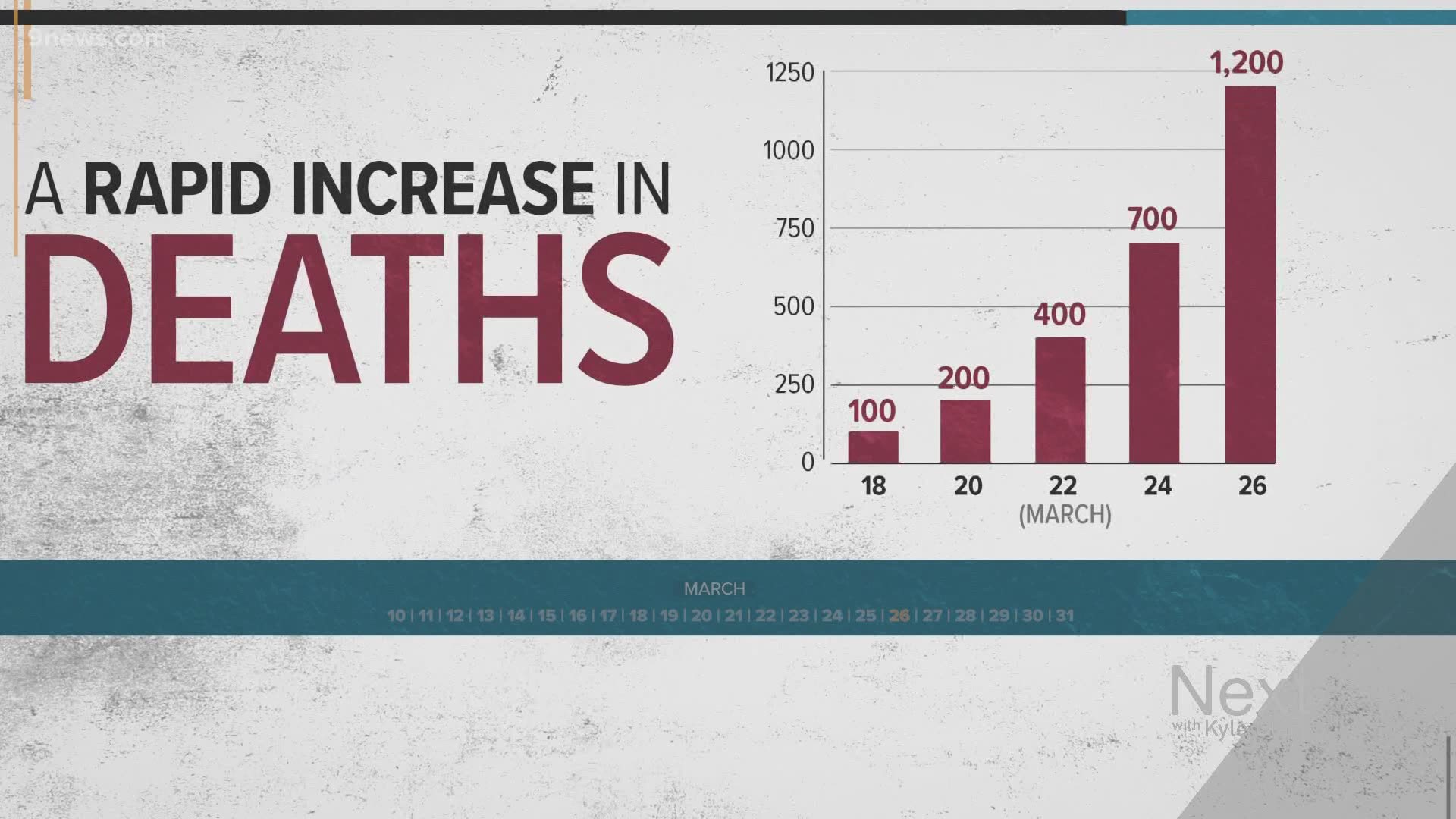 DENVER — For more than a month and a half, as federal leaders and health officials in the United States tried to assure an increasingly worried country that more testing was on the way, Americans in every state struggled to find any realistic way to get a COVID-19 test.

In a country of more than 300 million, no more than a few dozen a day succeeded throughout much of February, according to a 9Wants to Know analysis of records and data from the Centers for Disease Control and Prevention (CDC), provided by the COVIDTracking Project.

States like Colorado, forced to send specimens to the CDC in Atlanta, saw almost no testing done during the pivotal month.

With states, in essence, flying blind for weeks, the virus quietly moved into communities left largely unaware of its presence.

Yet that didn’t stop President Donald Trump from suggesting during an impromptu press conference at the CDC, on March 6, “Anybody that wants a test can get a test.”

It was one day after the first case of COVID-19 was confirmed in Colorado, and it was a claim that simply wasn’t true.

According to the COVID Tracking Project, that day – the 48th day of testing in the United States – the country had tested roughly 3,000 people for the novel coronavirus.

In other words, during the first month and a half of testing, the country was testing little more than five dozen people a day, on average.

A few days after the President’s remarks at the CDC, on March 12, the country’s top infectious disease expert acknowledged the problem as he testified in front of members of Congress.

“It is a failing. Let’s admit it,” said Dr. Anthony Fauci.

Watch the full timeline in the video above, produced by 9Wants to Know reporter Chris Vanderveen and the TEGNA Design Tank.