Sergeant Nate Kyelberg will continue his recovery in a rehabilitation center. 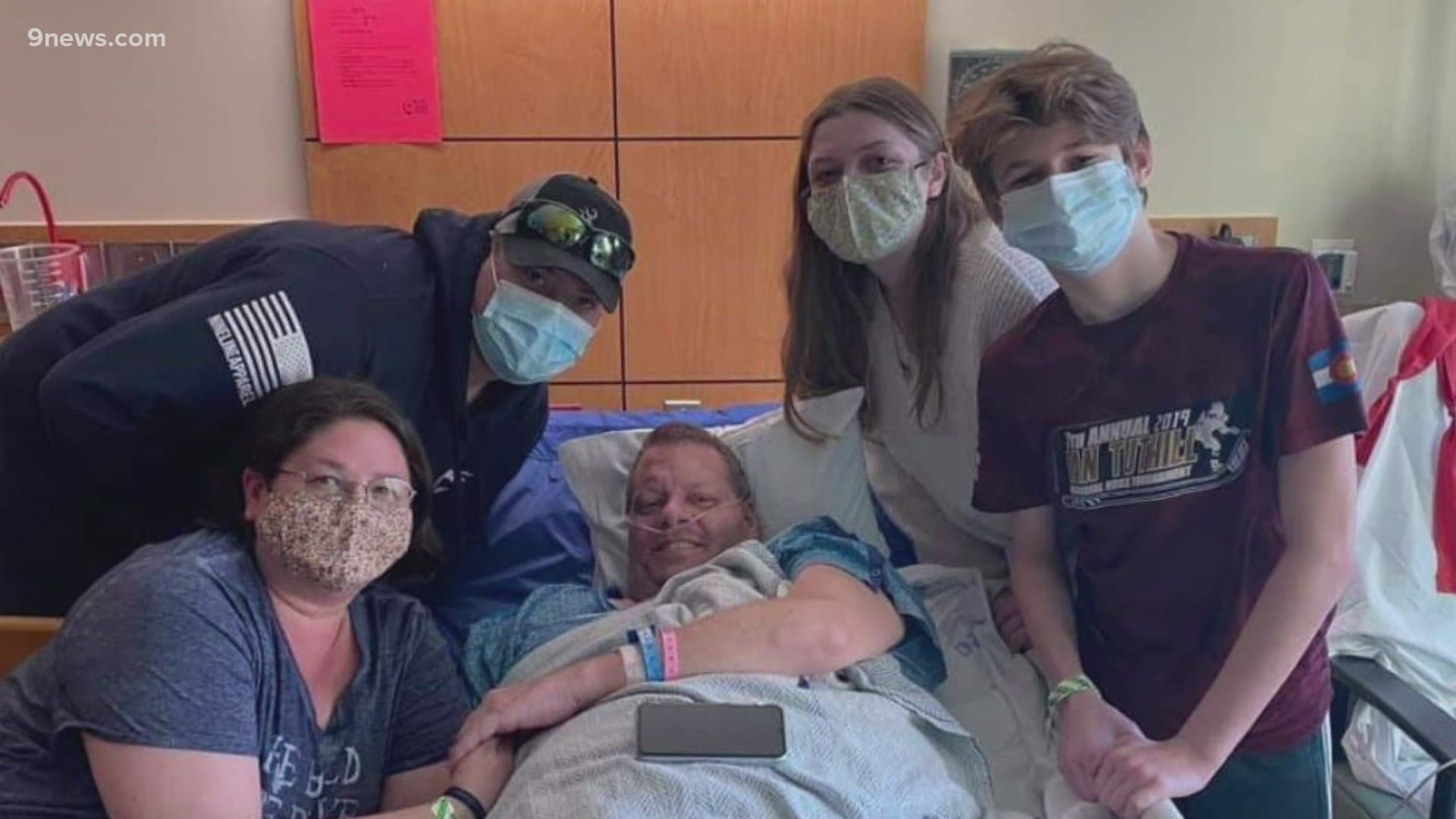 LONE TREE, Colo. — After six weeks in the hospital battling COVID-19, an Arapahoe County sheriff’s deputy reached a milestone in his recovery Wednesday.

Sergeant Nate Kyelberg was released from Sky Ridge Medical Center and will continue his recovery at a local rehabilitation facility.

“It’s huge. We’re excited, nervous – at the same time,” said the sergeant’s wife, Andrea Kyelberg. “Don’t know what’s going to happen next. It [has] to go up from here.”

Sgt. Kyelberg was admitted to the hospital in February and his symptoms were serious. He spent weeks on a ventilator, and his loved ones weren’t sure he would survive. Friends and co-workers at Arapahoe County Sheriff’s Office rallied behind Kyelberg and his family.

“It’s been up and down, been a huge emotional roller coaster, up and down,” said Kyelberg’s boss, Captain Laurie Halaba.

“This last week, he came out of [the worst of] it. We were all cheering. I’m going to get emotional,” she said. “It was a close call.”

Wednesday afternoon, Kyelberg’s family, fellow deputies and the medical staff at Sky Ridge gathered at the front doors of the hospital, to cheer him out as he was discharged. They lined the hallways leading to the exit while Kyelberg was rolled on a stretcher to a waiting medical transport to rehab.

RELATED: COVID-19 survivor reflects on life before the virus, looks forward to a new life after

“It was an honor to care for him, honestly,” said McKenna Mazzara, a nurse at Sky Ridge who helped care for Kyelberg.

“Anytime we see someone go through what he went through, it’s fascinating what medicine can do for somebody. Perseverance, determination. It’s just... awesome.”

“Seeing him like this, seeing him awake and waving – it's priceless,” Capt. Halaba said.

“He’s such an incredible person. A husband, father, cop. He’s been with the agency for so long. I worked with him when we were both deputies on the street. Biggest kindest heart you’d ever have. He’d do anything for anyone. That’s why we're here,” she said.

Kyelberg is a father to three children. His wife, Andrea, said all three kids are eager to have their dad home. Their oldest son has missed working on cars together. Their middle child, a daughter, missed sushi dates with her father. And their youngest son is ready for Dad to attend hockey games again.

Andrea Kyelberg said she isn’t sure yet how longer her husband will remain in rehab.

“Kind of depends on him, and how quick he can get back to it. He’s progressing way faster than what docs anticipated,” she said, adding, “He’s still trying to heal. His muscles are really weak. Hasn’t used them in six weeks, really. It’s all about getting muscle and strength back.”

And if and when Sgt. Kyelberg is ready to return to work, Arapahoe County is ready to welcome him back.