Atlanta educator teaches remotely at her son's bedside, hopes to raise money for his care

Isiah Jackson, who goes by Ziggy, has been in the ICU since December. 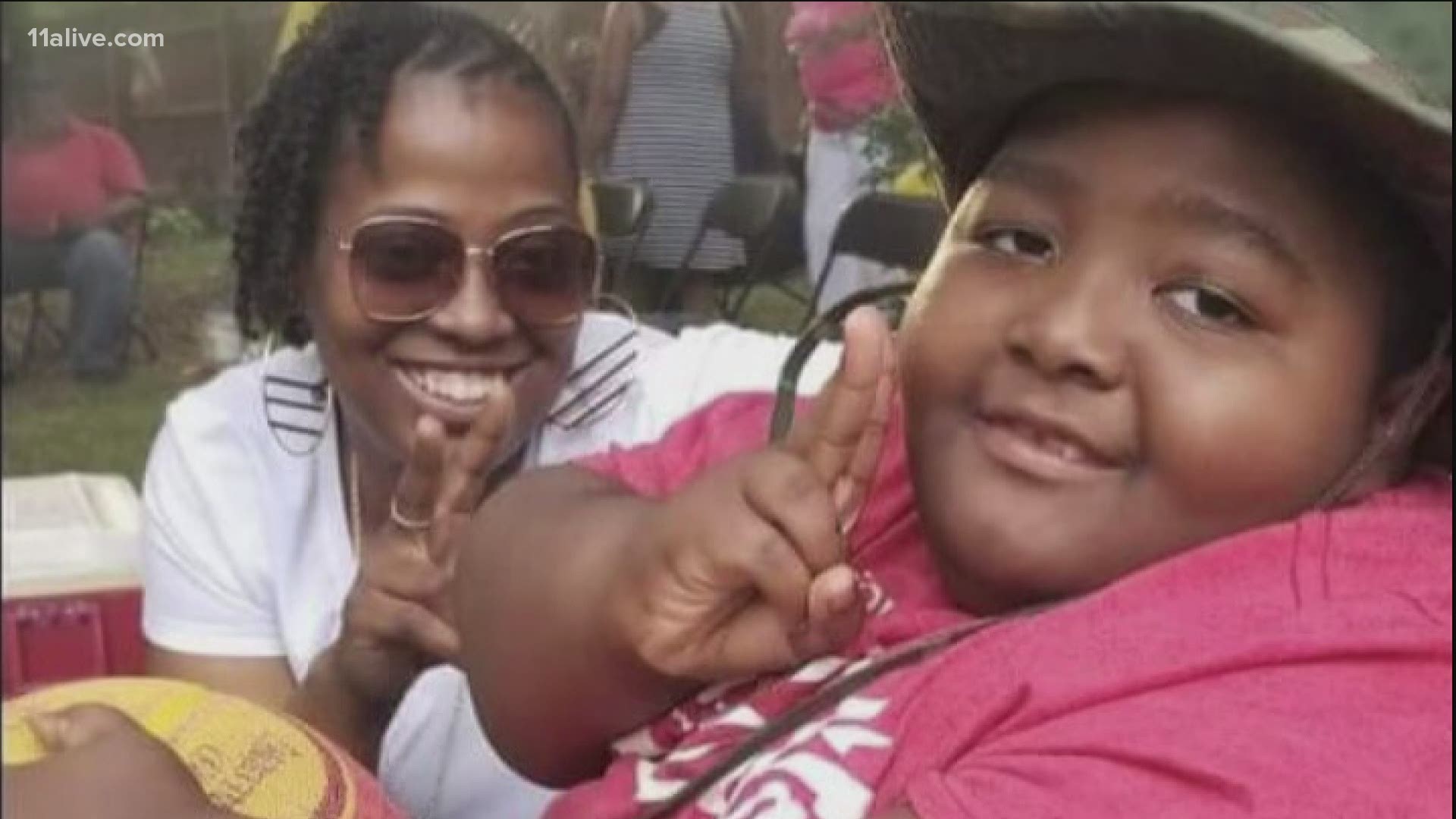 ATLANTA — An Atlanta educator is helping her 10-year-old son battle a rare genetic condition and COVID-19, all while teaching from his bedside during the pandemic.

Isiah Jackson, who goes by Ziggy, has been in the ICU since December. His mom, Qiana Bigsby, said everything went downhill for him after he contracted the virus at the hospital.

She will need some help when he's finally released. His complex medical needs will require a wheelchair accessible van to help him get around.

Bigsby said Ziggy isn't the type of kid to let anything get him down.

"He's always happy. He just has a high, bright spirit," she explained.

Even when kids made fun of him on the playground, his mom said he would just smile back.

"Isiah would just look at them and say, 'but I still love you. It's ok.' Nothing gets to him. He is a very bright, loving kid," he said.

Prader-Willi syndrome is a genetic condition caused by a split on the fifth chromosome.  It causes obesity and low muscle tone. Ziggy also has scoliosis.

RELATED: These are the faces of COVID-19 victims in Georgia, as the world passes 2M deaths

"What makes me happy is to see him happy. Because he has been through so much since the age of 5. We've been in and out of the hospital, he's had multiple surgeries, I can't even count how many he's had on both hands," said Bigsby.

He used to get around with a walker, but after the latest round of surgeries, Ziggy lost the use of his legs entirely and will need to use a wheelchair when he's released.

"He's been on a ventilator since. I didn't want him to have a trach, but there was no other option. As a mother, I couldn't stand to see my baby just unable to move, unable to talk, just lying there," she said.

She said she wants Ziggy to feel normal, to have a childhood, like every 10-year-old deserves.

"Even though he's in the ICU, I still log him on to his class. And I just want him to still feel as if everything is OK," she said.

She said doctors don't know what's in store for Ziggy, but she'll be by his side no matter what.

"My parents raised me to never give up. And I will not give up. He is a fighter and he's not going to give up either," she said.

Qiana had been lifting Ziggy in to her car when they had to go places, Ziggy weighs about 200 pounds, but now with his wheelchair, trach, and vent, she said there's no way she will be able to do without the help of an accessible van.

Once he gets out of the ICU, he will go do rehab. The family hopes to have him home by this summer.

Even in used condition though, wheelchair accessible vans cost about $30,00, so they wanted to start fundraising now.

An online fundraiser has been created to help them reach their goal. At last check, more than $5,600 had been raised.