CDPHE: The average age was in the mid-40's in April. 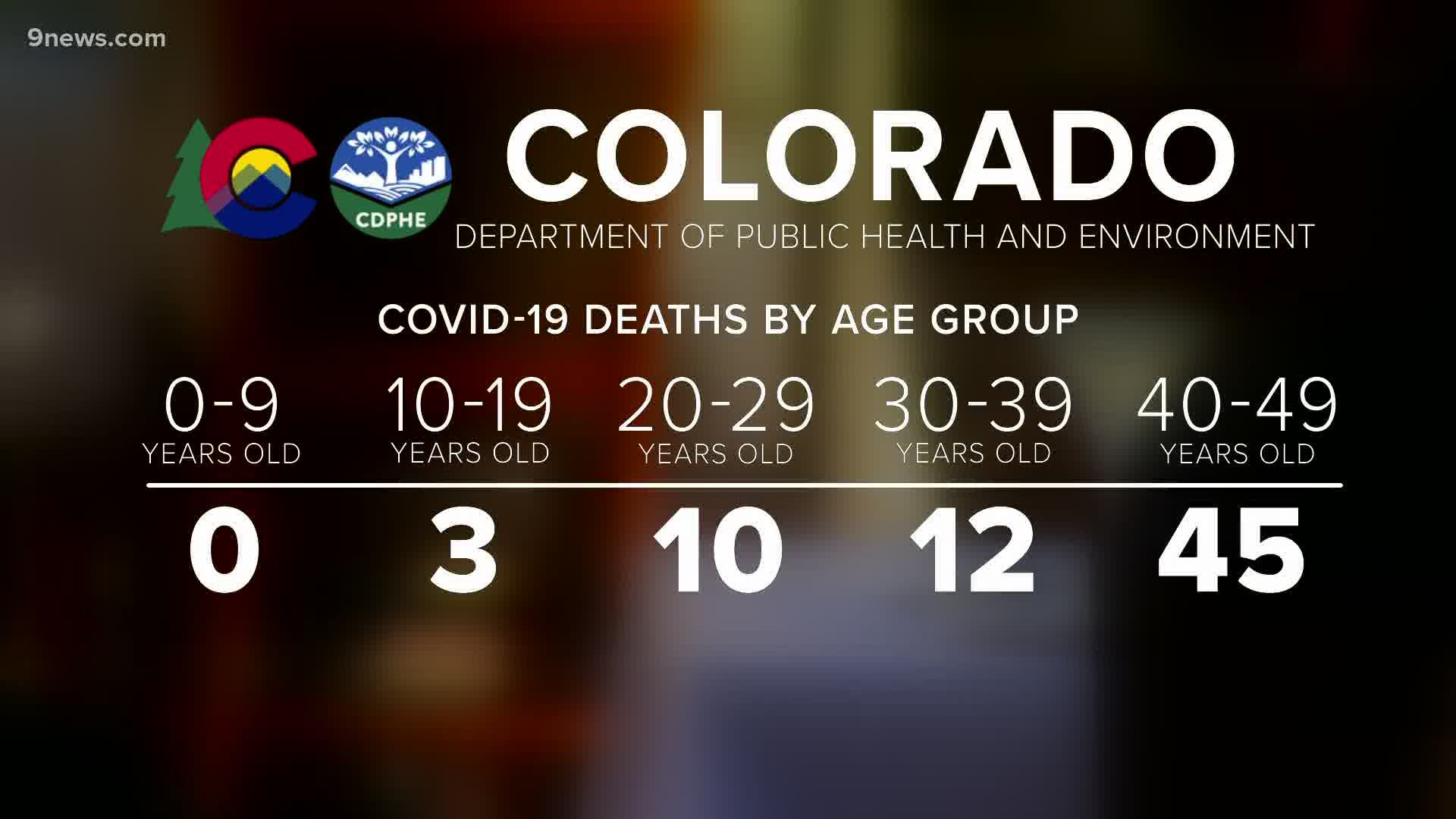 DENVER, Colorado — Dr. Anthony Fauci, a member of the White House coronavirus task force, said on Monday the average age of those testing positive for COVID-19 has dropped 15 years in just a couple of months nationwide. That mirrors what we're seeing in Colorado and explains why the state's worried about the effect this could have in the near future.

After a couple of months being cooped up at home, the government loosened restrictions and many young people, knowing their chances against the virus, rushed to make something out of this pandemic summer.

“A recent survey from the CDC actually found that less than 30 percent of young people said that they were able to consistently socially distance and I think that's really because of quarantine fatigue,” said 9Health expert Dr. Payal Kohli who suspects that mentality, combined with a reopening of shops and access to work contributed to the drop in the average age of people testing positive for the virus.

The Colorado Department of Public Health and Environment (CDPHE) reports the average age of people in the state testing positive for the virus has dropped from the upper 40s in April to 32 now.

Each age group under 50 make up less than a percent of the statewide deaths, data shows. Most healthy, young people will never even have to go to a hospital for COVID-19 complications.

But in response to this downward average, a state spokesperson said it’s “only a matter of time” before transmission in young people increases transmission in older and at-risk populations. That's because younger people are much less likely to show symptoms, silently spreading the virus.

“When it was in the old people it declared itself. Those people got sick. They weren't able to leave their homes and they weren't able to get out there and spread it,” Kohli said. “But now that the younger people have it, I think, overall, the number of cases is going to go up and the number of people that are elderly (who catch the virus) is certainly going to go up.”