The speedway invited the public to the track Tuesday evening for a presentation on the Bandimere family's lawsuit against Governor Polis. 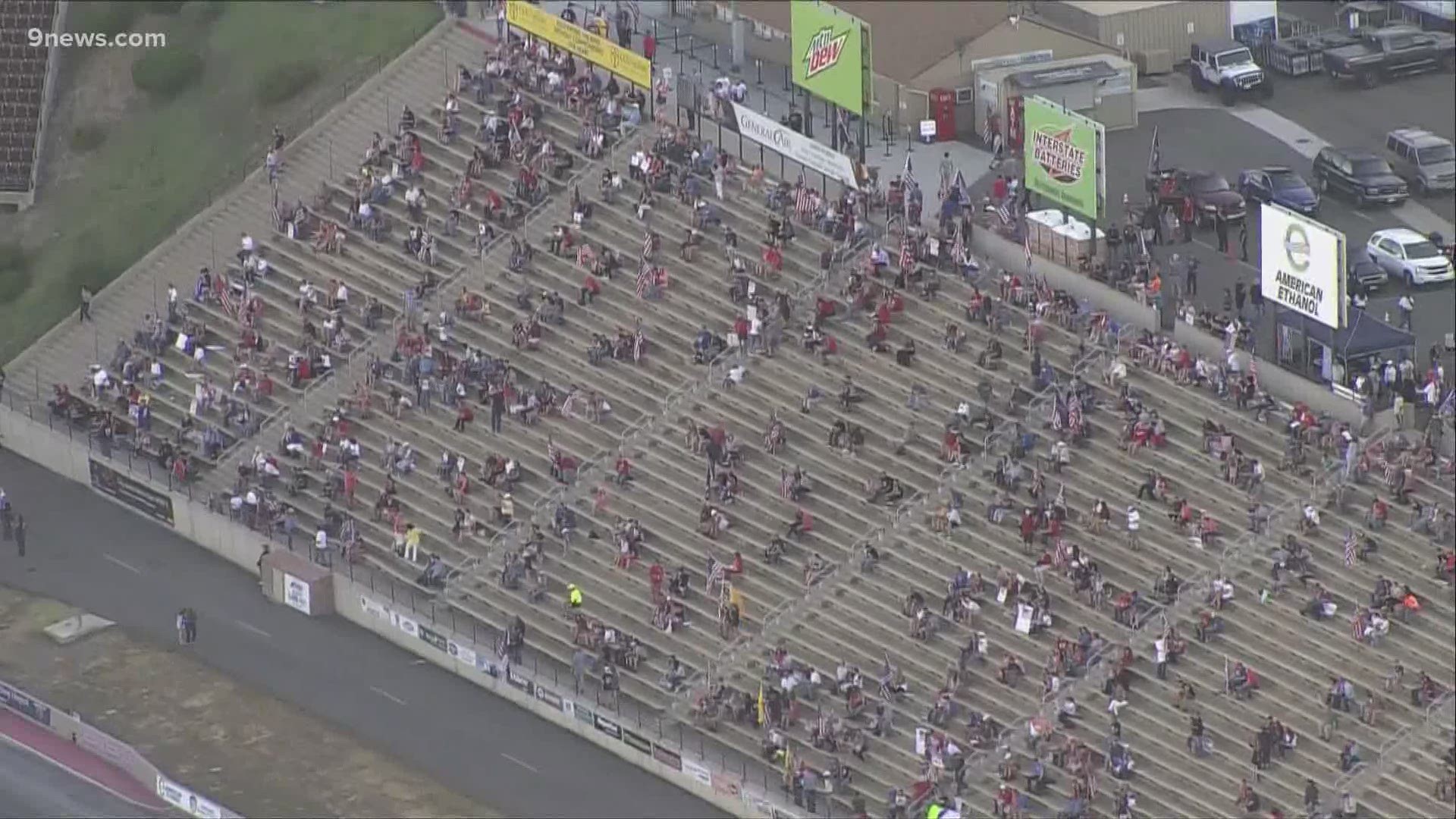 JEFFERSON COUNTY, Colorado — Thousands of people gathered at Bandimere Speedway – without masks – Tuesday night for a "Stop the COVID Chaos."

The Bandimere family invited the public to the speedway, that violated a court order over the 4th of July weekend, to join co-hosts Patrick Neville, Michelle Malkin and Randy Corporon, according to a press release sent by Bamdimere Speedway.

In response to the flier for the event, the Jefferson County Public Health (JCPH) sent an email to the speedway reminding them that all events "must comply with the requirements of the Colorado Department of Health and Environment Public Health Order." Mandatory social distancing and face coverings are among the requirements in the order.

However, those requirements appear to have not been followed during the event.

Health officials also noted that they had worked with Bandimere "repeatedly" to approve events in recent weeks, but said they had not received any plans related to the event planned for Tuesday.

Pre-approved plans are required for events with more than 175 attendees, and given the absence of a plan, county officials said they were "hopeful" Bandimere would cap event attendance.

A presentation was planned to explain the Bandimere family's decision to file a lawsuit against Gov. Jared Polis for his extension of executive orders and public health orders, according to the release.

Neville and Malkin delivered remarks about their lawsuits against the governor, which the Colorado Supreme Court declined to hear. 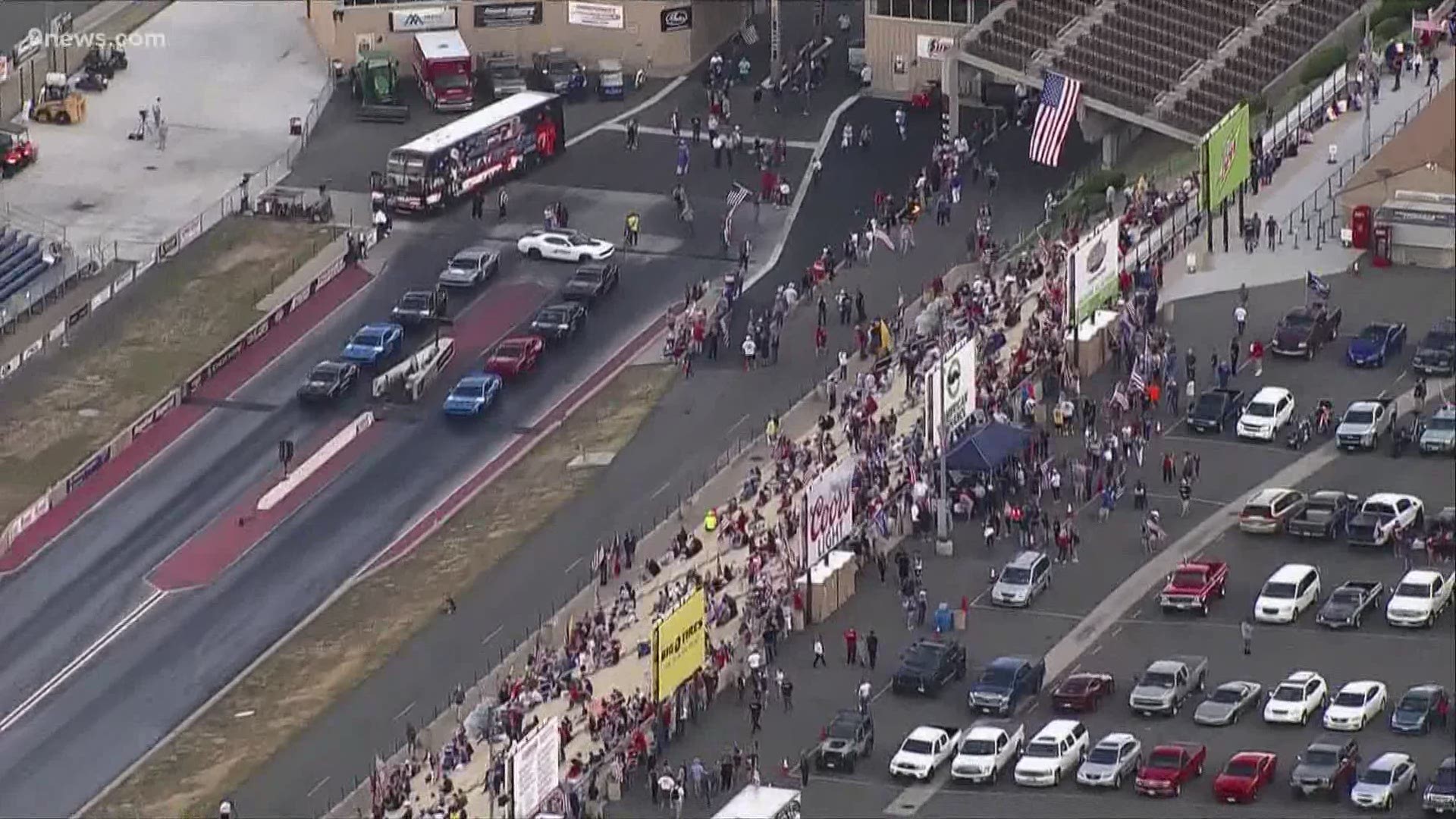 Neville and Malkin during the event said they've now filed their lawsuit in Denver District Court.

The co-hosts also planned to make passes down the "Thunder Mountain" quarter-mile, according to the release for the event.

At the end of the event, the public was invited down to the racing surface for a group photo. All attending were encouraged to bring their United States and Colorado flags as well as dress in red, white and blue for the photo.

"Everyone is invited to join us as together we express our God-given right to demand a stop to the COVID Chaos Governor Polis has inflicted upon all of us with his Executive Orders and Public Health Orders," the family said in a release for the event.