'You don’t take chances with a loaded gun, and COVID is a loaded gun': Last call order will stay while it's challenged

The judge denied a request for a restraining order while a legal challenge to an executive order putting a 10 p.m. last call in place continues. 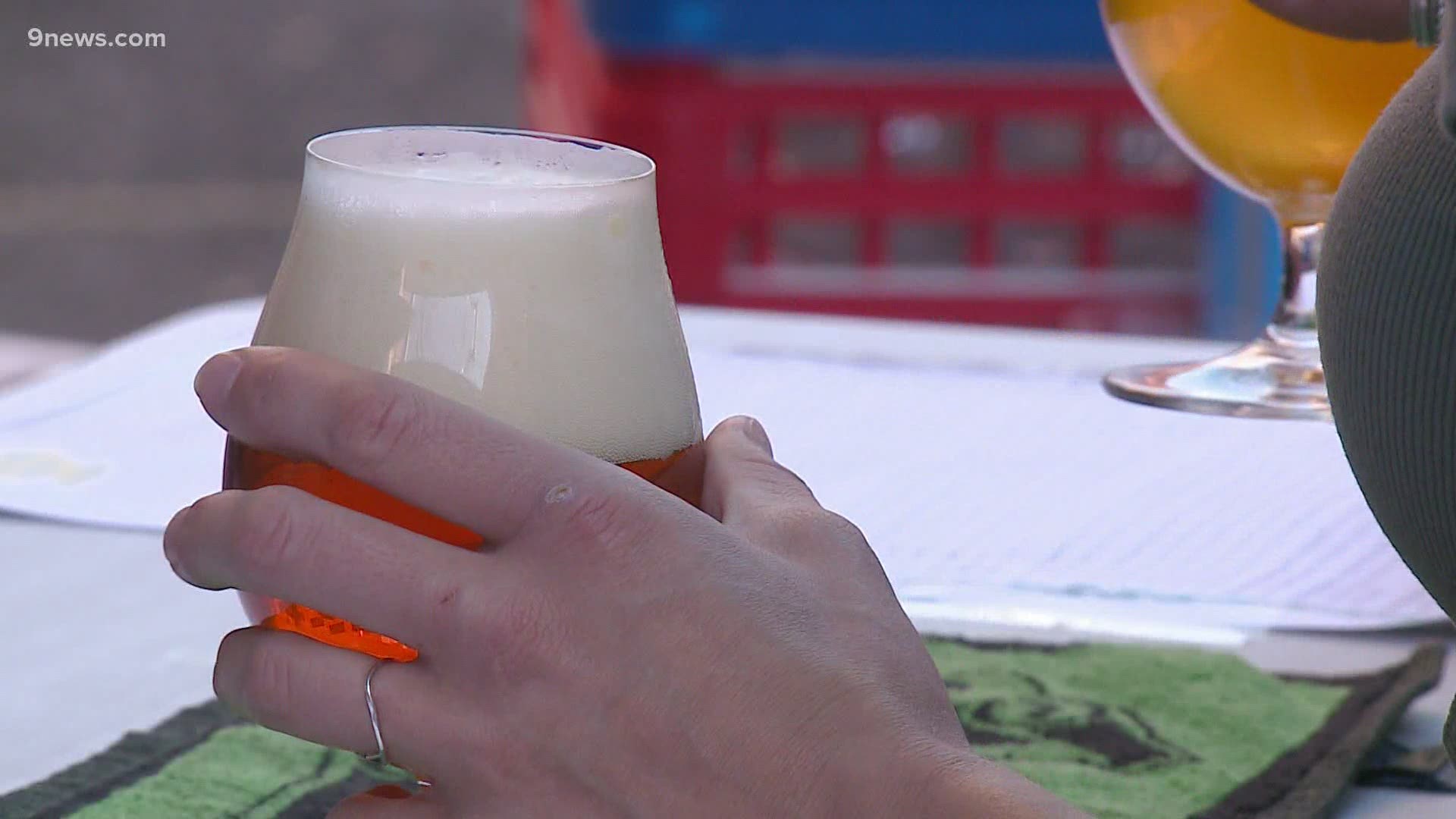 DENVER — Following a day and 1/2 of testimony, Judge Brian Whitney denied a request for a temporary restraining order related to an executive order by Gov. Jared Polis (D-Colorado) requiring all bars to hold last call at 10 p.m. Last call is typically at 2 a.m.

The plaintiffs, which include numerous bars, are also challenging an order which sets a numerical limit for indoor capacity.

Whitney decided not to grant a restraining order for either order while they continue to be challenged in the court system. His ruling means the orders will stay unless there's another court ruling that determines something different.

"The health department did the best they could," he said. "I do see my decision is going to harm some businesses, and I am sad about that."

His decision can be appealed.

Just prior to the decision, Polis was asked about the last call order at a virtual news conference. He said he's standing by it and called it "one of the least bad options."

Stephanie Hicks, the Executive Director of the Tavern League of Colorado, issued the following statement Thursday night on behalf of the plaintiffs:

"Today did not go as we had hoped. Unfortunately, the state was given a shocking amount of deference in spite of a surprising lack of data to justify either the 10:00 pm cease of alcohol sales or the 50 person indoor capacity limit. Judge Whitney did acknowledge the arbitrary nature of 10:00 pm but ultimately sided with the CDPHE and Governor Polis. The Tavern League team did an exceptional job and I am so proud of our operators for having the courage to stand up and tell their stories. Colorado’s restaurants and bars have been disproportionately affected by the COVID-19 pandemic and these two policies will have a direct impact on their ability to keep their doors open. Sadly, today did not provide any relief to these businesses already struggling to survive. We did not come to this decision lightly, but it was and continues to be the right thing to do to. Colorado businesses deserve transparency and accountability in the decisions that so affect their ability to provide for their families and serve their communities.”

Closing arguments wrapped up around 12:30 p.m. The plaintiffs argued that the orders are "arbitrary" and said they were applied in an unequal way. For example, smaller businesses are better able to operate under the capacity limits than larger ones. The limit is currently set at 50% capacity or a maximum of 50 people.

They argued that Blake Street Tavern cannot cover its operating costs with such a strict limit. The owner testified Wednesday that he had hoped late-night bar traffic from the return of sports would help, but the order moving last call to 10 p.m changed that.

The state argued that the rules were put in place based on data and said bars and restaurants were being treated the same as other indoor spaces.

The judge ultimately agreed and said the state has data showing that cases of COVID-19 are on the rise among 20 to 29-year-olds and that people in the age group are most likely to visit bars after 10 p.m.

He said if left to their own devices people would not social distance and therefore the state has to take action to slow the spread of the virus.

“You don’t take chances with a loaded gun, and COVID is loaded gun," he said.

Katharine Wulff, who is the senior adviser for the state's COVID-19 response, spent Thursday morning testifying about how the state decided to implement the policy.

She said state leaders discussed a "wide range" of options, but settled on the last call order because they believed it would have the health impacts they desired with the least amount of economic impact.

She also testified about capacity limits and said those limits were less about whether social distancing was possible and more about managing potential outbreaks and the spread of the coronavirus.

Wulff testified that any potential outbreak would be smaller if one infected person went to a location with 50 people versus 500 people. It would also be easier for contact tracing to occur with a smaller number of people possibly exposed.

She also testified that the situation with the virus is "extremely volatile".

"We have such narrow windows to make an impact on these curves," she said.

Their hope is that actions like the last call order could "lessen or prevent the need for further measures later" which could include full closures that were experienced earlier this year.

They're trying to slow the spread of the virus among younger people which, Wulff said has resulted in increased hospitalization rates in other states.

"Twenty to 29-years-olds don't live in bubbles and are documented to have higher instances of the virus that are asymptomatic," she said.

Even before the executive order went into effect on July 23, bars, such as the Blake Street Tavern, vowed to sue over the action, which is set to remain in place for 30 days.

Erika Zierke, who opened Englewood Grand with her husband 4.5 years ago, said during Wednesday testimony they had to lay off all five of their employees but were getting ready to bring three of them back when the order to move last call to 10 p.m. was announced. She said the change made it impossible to bring them back.

She also testified that when people learn of the earlier last call, they simply leave her bar, stop by a liquor store, and head to someone's home to continue their alcohol consumption.

At the hearing, state health experts acknowledged that house parties have been linked to increases of cases but testified there was still more concern about bars.

It comes down to cohorts, according to state epidemiologist Dr.Rachel Herlihy. She testified that people at house parties tend to know one another and might already be exposed to each other through work or other outlets.

She testified that if someone who attended a house party tests positive for the coronavirus, it's much easier to conduct contact tracing compared with a bar filled with people who are not known to one another.

She said in restaurants, people tend to remain seated with the same group while in bars, people tend to mix and mingle. She also said bars are often loud, which means people stand closer together to talk. She said they might speak louder than usual as well, which she said can result in a "greater expression of those respiratory droplets."

“I believe the risk of transmission is much greater in bars," Herlihy testified.

She also discussed recent increases in the number of cases that have occurred in the state and said we need to maintain social distancing efforts.

"We are in a place right now where we need to be carefully monitoring disease transmission," she said.

When pressed about whether the spike in cases around July 4 could be linked to bars, Herlihy said "no".

“The spike is due to transmission among 20 to 29-year-olds,” she said.

The Taven League of Colorado, which is a nonprofit organization that serves the needs of on-premise beverage operators, officially challenged the last-call order and the order that sets numerical capacity limits. Right now that order sets that at 50% capacity or a maximum of 50 people, whichever is less.

Stephanie Fransen, with the Tavern League, testified that "upwards of 40%" of its 200 members will have to close within three months if they're forced to continue to operate at the current restrictions. She said most of the member bars are operating at between 25% and 50% capacity, which is just not sustainable.

"No one is taking this lightly," she said.

She also said many members are "doing they everything they can" to mitigate the virus while trying to keep their businesses afloat.

The owner of Cabana X at Bar Helix said every hour is costing her businesses several hundred dollars, if not more.

"We had to spend thousands of dollars to purchase furniture, decorations, equipment supplies - all of which I would not need if I could operate in my building with normal capacity and normal operating hours," Anderson said.

Anderson said she isn't sure whether her business will survive the next month to two months.

"I think we all understand that the important thing is to make sure that guests are safe, that our staff is safe... but it feels a little challenging when this industry feels like it’s singled out," she said. 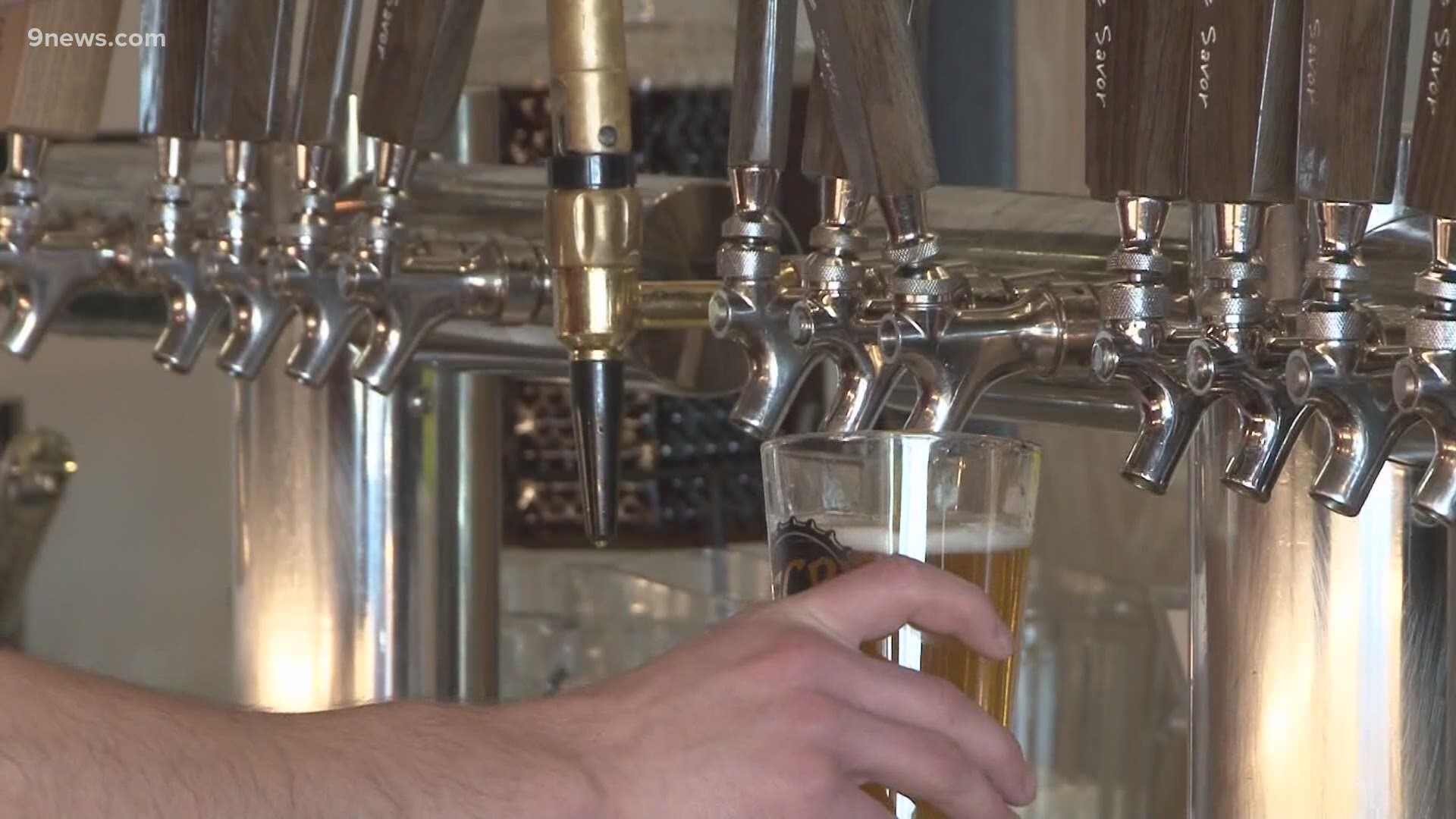 Colorado’s bars and nightclubs that don’t serve food have already been ordered to close. Polis said early last week that he was concerned about young people getting inebriated and losing their inhibitions about social distancing and mingling with other parties in the places that have stayed open.

The health order in question was later amended to specify that liquor stores could still sell products after 10 p.m. but restaurants must stop on-premise service at 10 p.m.

The governor's office released the following statement last week after learning about the potential legal action.

These are challenging times and no one wants Colorado’s small businesses to bounce back stronger more than the Governor. Based on the data and science, the Governor feels he is taking the steps that are absolutely critical in order to keep our economy reopening and prevent the virus from gaining a stranglehold.

The fate of our state in both virus suppression and economic recovery is largely in the hands of Coloradans. It’s important to reduce our social interactions, remain six feet from others whenever possible, and wear facial masks when we’re in public.

The State is looking at data showing that more Coloradans in their twenties are participating in social activities that increase the risk of spreading COVID-19. In order to curb those activities, the Governor has signed an Executive Order temporarily moving last call for the sale of alcohol to  consumer to 10:00 p.m.