If you want to give, call ahead and make an appointment. Blood donation centers are open across the state. 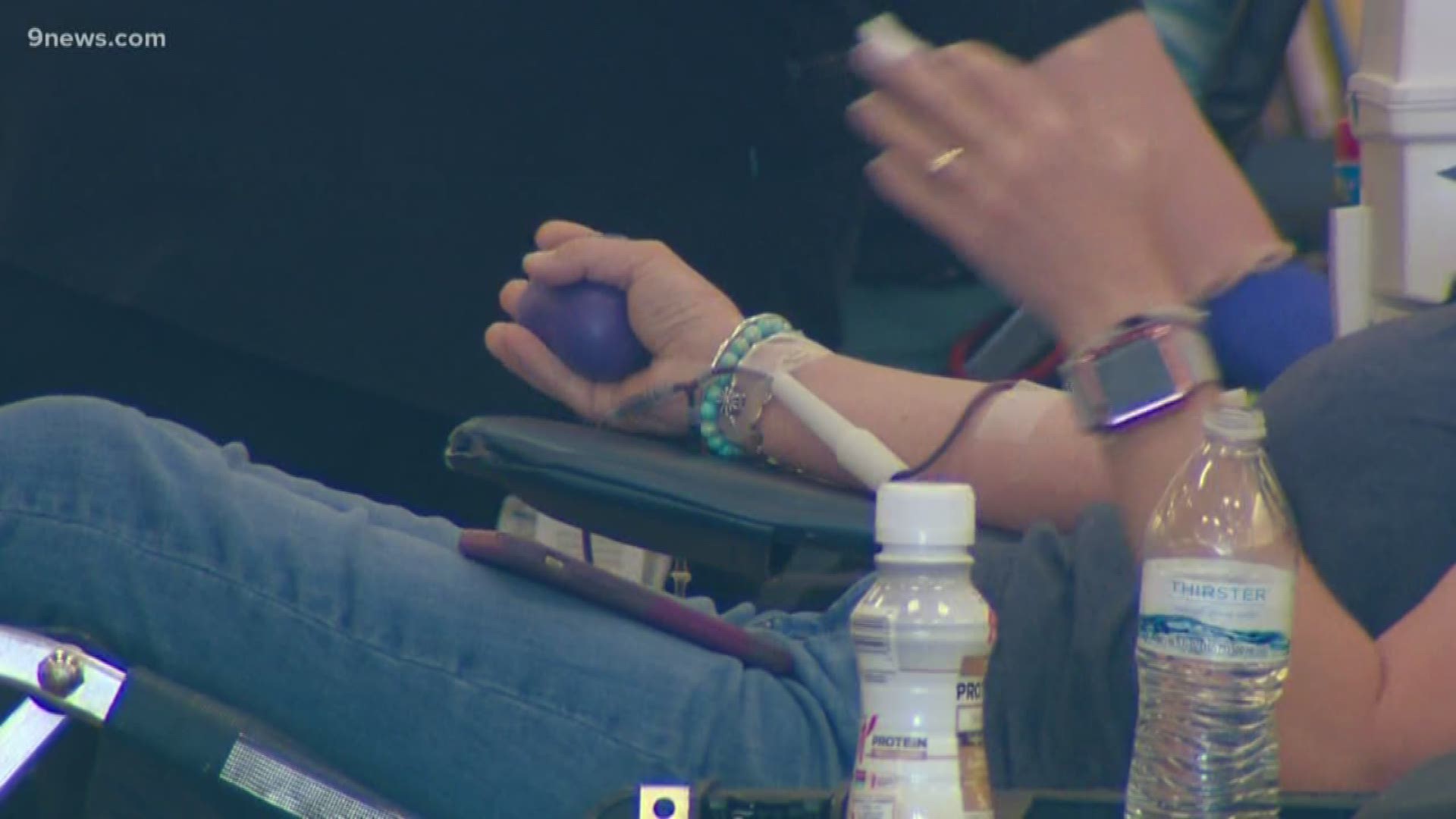 AURORA, Colo. — On Sunday morning, Southlands Shopping Center attracted people like Nicole Baker – she wasn't interested in buying anything, she came to give.

Baker was one of several who made an appointment for the Vitalant blood drive at the YMCA.

“I wanted to be able to do my part. I have a history. I’ve had to have a couple of blood transfusions in the past and I just want to give back and do what I can," she said.

Donors, including Baker, gave a total of 37 units of blood during the four-hour blood drive on Sunday, Vitalant spokesperson Liz Lambert said.

"Blood is needed for all kinds of things," Lambert said. "For patients who have ongoing blood disorders, people who are being treated for cancer. Those blood needs happen behind the scenes every day and are continuing despite what’s happening with COVID-19.”

“We’re moving up earlier in the process when your temperature is taken to ensure that anyone who may have an elevated temperature is not allowed to come into that blood donation area," she said.

RELATED: Data show which communities COVID-19 is impacting most in Colorado

At a time when so many of us feel stuck at home, blood donation is a chance to get out and give back.

"If you can't be on the front lines, at least you can do something in the back," Baker said.

With so many schools and businesses closed, Vitalant has fewer opportunities for blood drives, but it has eight donation centers in Colorado.

Seven Vitalant donation centers are open seven days a week. If you'd like to donate, call ahead of time and make an appointment. You can reach Vitalant at 303-363-2300.

“We have seen an outpouring of support over the last week and again that blood will help in the coming days and weeks," Lambert said.