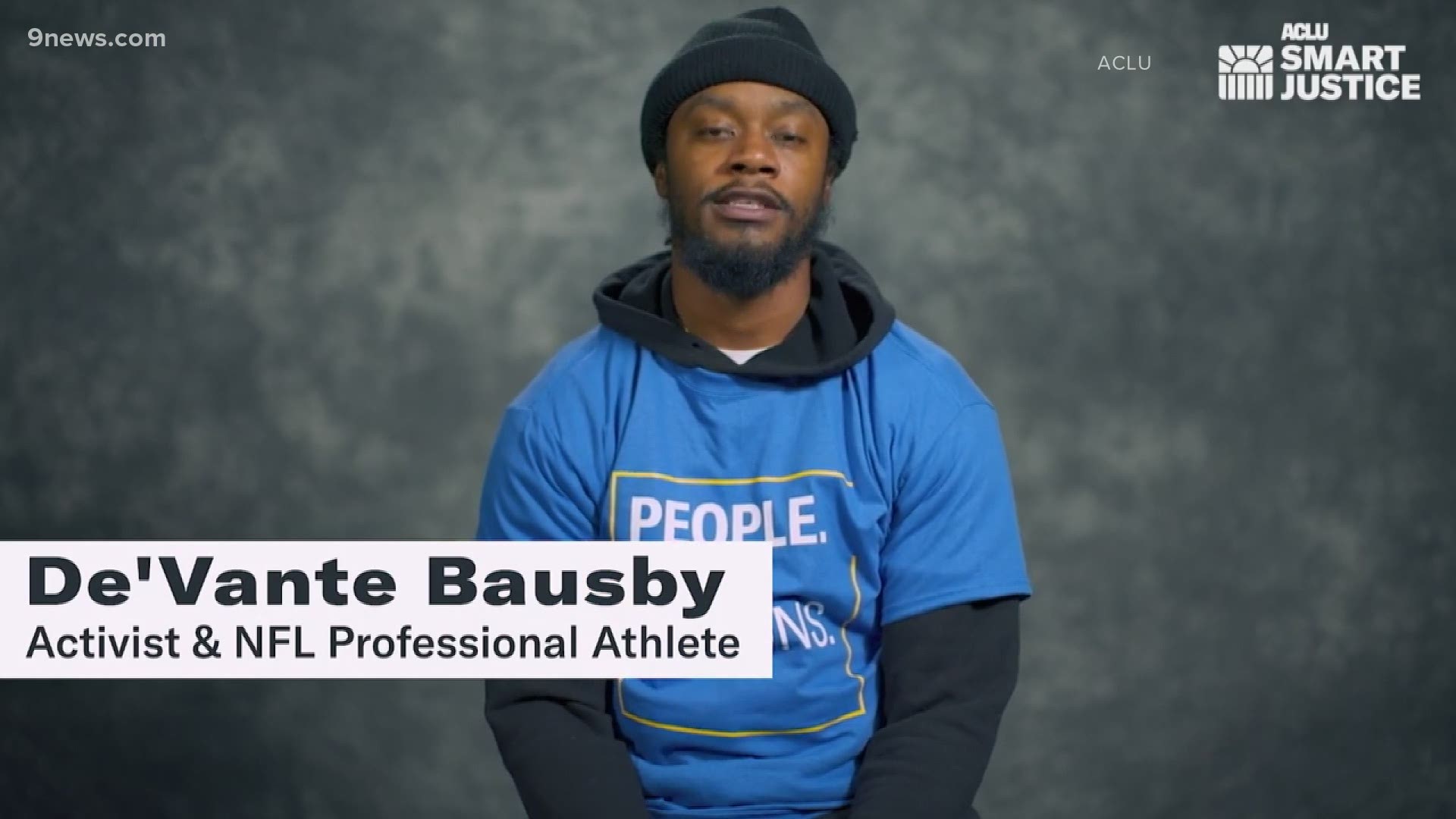 Justin Simmons, Alexander Johnson and De’Vante Bausby joined the American Civil Liberties Union's campaign as more Colorado inmates get sick with COVID-19. The ACLU wants the governor to use his clemency powers to release at-risk inmates who do not pose a threat to the public.

"Governor Polis, you have the clemency powers to save lives and define what redemption looks like in our state," Broncos cornerback Bausby said in the new Colorado Redemption Campaign ad.

“Today, a Black person has a one-in-three chance of ending up in prison,” Simmons said in the ACLU ad. “For us, that would be like losing 19 members of our football team. That would be a major loss for us just as it is for our communities.”

And Johnson, a Broncos linebacker, spoke about how mass incarcerations plus the pandemic have decimated families and communities of color.

"We are either a nation of ‘we the people’ or ‘we the prisons’ — we can’t be both," Johnson said in the ad.

The state's data shows multiple COVID-19 outbreaks have happened in Colorado prisons. As of Tuesday, the state said 7,844 inmates with the Colorado Department of Corrections (CDOC) had tested positive for COVID-19 and 25 inmates had died.

"Jails and prisons, prisons in particular, are viruses' delights," Public Policy Director for the ACLU of Colorado Denise Maes said. "There's no way individuals within those prison cells can adhere to any of the CDC guidelines."

The ACLU has been fighting for the governor to release medically-vulnerable inmates since the pandemic started. Maes feels the governor has ignored the prison population.

"Even though the governor talks about the importance of keeping the pandemic under control and saving lives it really does seem to stop at the wall of our jails and prisons," Maes said.

The ACLU filed a lawsuit against the CDOC and Polis in May arguing the state had not done enough to keep prisoners safe from the virus. That was settled when the prison system agreed on new COVID-19 requirements.

The ACLU also filed a lawsuit against Polis demanding he release medically-vulnerable inmates. A judge dismissed that lawsuit in December.

A spokesperson for the governor, Conor Cahill, responded to the new Colorado Redemption Campaign ad with this statement.

"Governor Polis evaluates each clemency application individually, understands the weighty responsibility that comes with each decision, and does not let his judgment be clouded by advertisements. Each commutation application presents a challenging decision that the Governor considers very seriously, and he weighs individual circumstances and public safety, relying upon input from many sources, including the Executive Clemency Advisory Board. The Governor appreciates the Bronco's civic engagement and commitment to criminal justice reform but clemency is only appropriate for individual case decisions; it's not a tool for sweeping systematic change. The Governor is committed to working with members of the Denver Broncos organization and anyone else who wants to join him in creating real, systemic change."

Justin Simmons has become one of the Broncos' most vocal leaders this season when it comes to social justice. Simmons has also created the Justin Simmons Foundation to educate and empower youth in the community.