C&C Cafe in Castle Rock made national headlines for opening its dine-in service on Mother's Day. 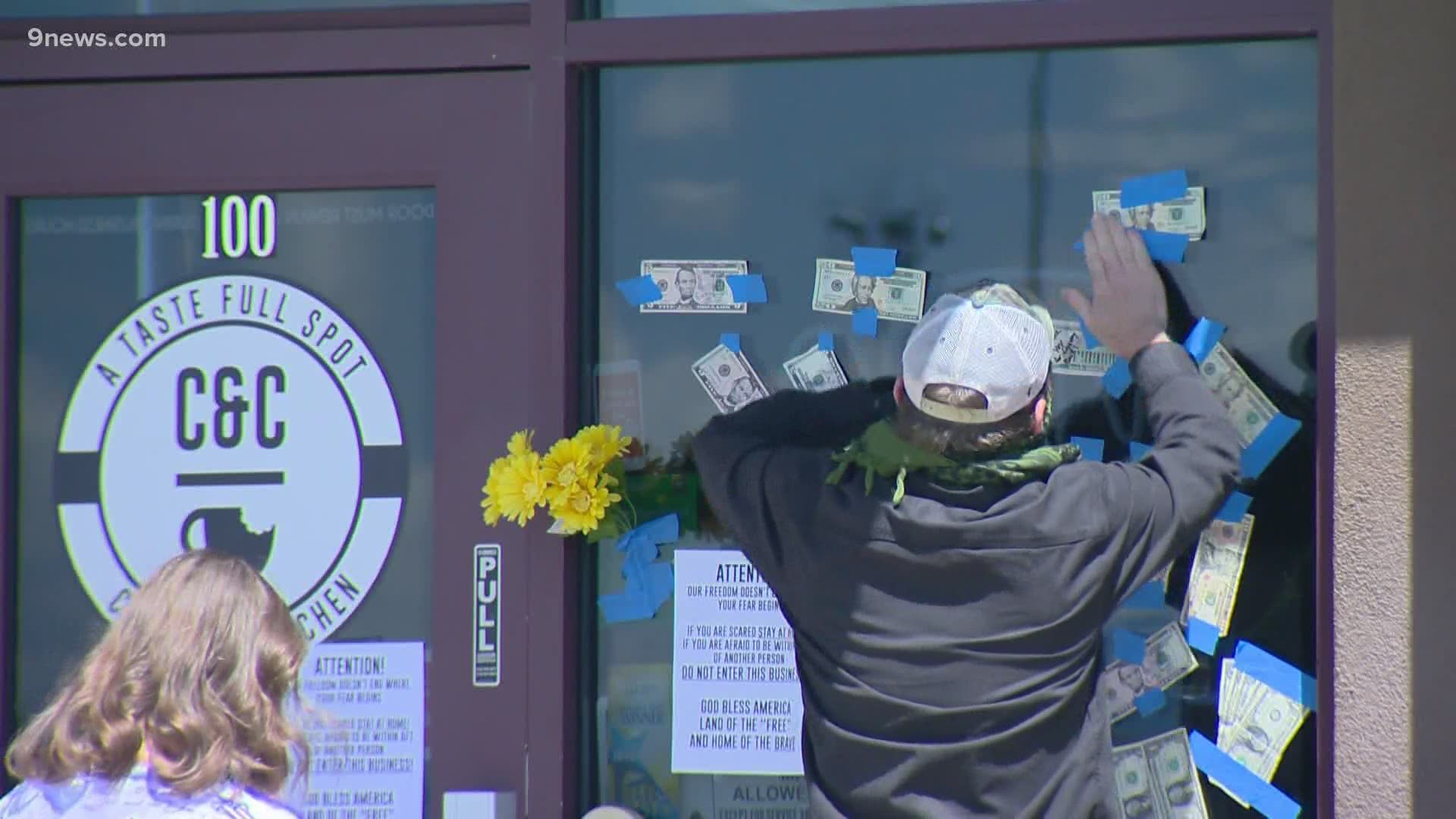 CASTLE ROCK, Colo. — The Castle Rock café that violated Colorado’s public health order at the time and opened for dine-in service on Mother’s Day closed permanently, according to a post on the restaurant's Facebook page.

C&C Café said in the post that they will not renew the lease at the Castle Rock location, but will keep their Colorado Springs location open for the time being.

"We have never seen so much love (which we are thankful for) and so much hate (which we ignore). I am sad to say that we are having issues just like many other small businesses," the post reads in part. "The toll on our family from all of this has been immense. We have been involved in the community for almost 7 years in Castle Rock, we love the relationships that we have built. We have some tuff choices to make. We prayed about it and we are going to try to stop the financial bleeding between our two locations..."

The last day the café was open was on Sunday, July 26, according to the post.

C&C had its license suspended for 30 days for violating the public health order closing restaurants, after widely-circulated photos showed large crowds gathered at their location.

They were allowed to reopen on June 14.

After C&C closed, people were seen taping money and notes to the restaurant window, and a GoFundMe raised thousands of dollars.