C&C Breakfast & Korean Kitchen's business license will be suspended after it got nationwide attention for its controversial decision to open its doors Sunday. 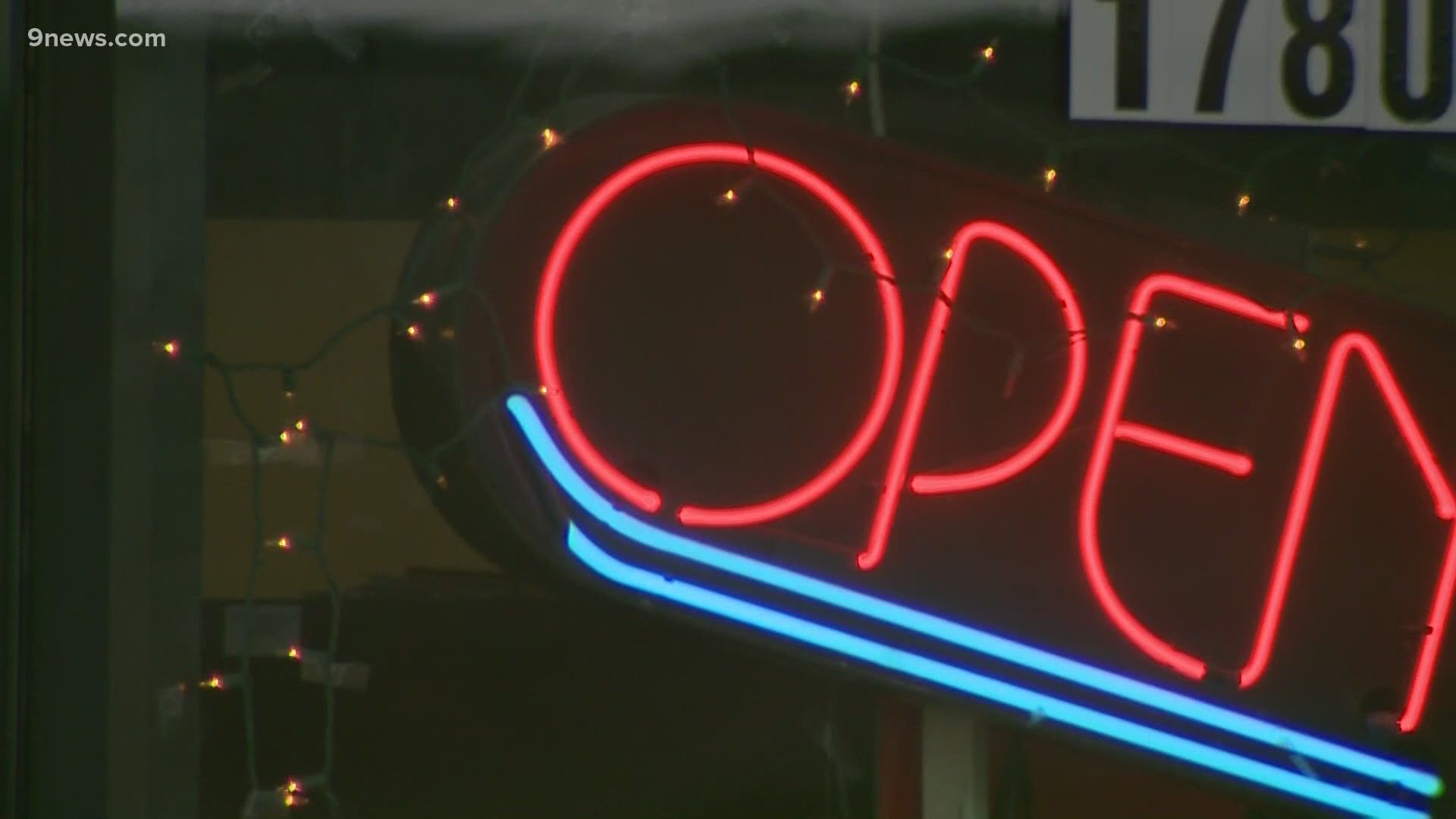 CASTLE ROCK, Colo. — A cafe in Castle Rock will have its business license suspended indefinitely after it got nationwide attention for its controversial decision to open its doors on Sunday.

That announcement came shortly after the Tri-County Health Department issued an order at about 12:30 pm. Monday that means the C&C Breakfast & Korean Kitchen must stay closed until the county health department determines that it's in compliance with the state's safer-at-home public health orders, according to a news release.

C&C Breakfast & Korean Kitchen was still open as of Monday afternoon, packed with customers not wearing masks, hours after the closure order was issued.

"We had to fire a lot of people that live off the wages and everything else," said co-owner Jesse Arellano. "What do you say to those people... Restaurants are at a big disadvantage right now. There’s no guidance coming out. You know, the governor said its gonna be another week before he knows and maybe another couple of weeks after that maybe we’ll know by the end of the month, maybe."

At his news conference Monday, Gov. Jared Polis said his office was working with Tri-County Health to suspend the restaurant's license indefinitely, and that it would likely be suspended for a minimum of 30 days.

"I heard Polis ripped us a new one, I don’t know. I didn’t hear it," Arellano said. "If the governor and these bureaucrats and these officials want to sit there and threaten us. If we have disobedience you’re gonna say, 'Well, we’re gonna lock down more.' Now, it’s not about health anymore. Now, they’re telling you, 'We got the power. You will comply or we’re gonna punish you.' I know they’re trying to punish us. They’re gonna try to make us an example, which is fine. We’re willing to accept that."

Arellano said that although the restaurant was supposed to close at 2:30 p.m. Monday they stayed open much later because people were still coming from as far away as Denver, Longmont and Aurora to show their support.

"I don’t feel that the decisions of others or really the fear of others should infringe upon my rights," said Colorado Springs resident Mike Lindsay. "If you have fear of contracting the coronavirus or anything else then you can stay home."

He came to the restaurant with his family to dine in and have breakfast.

"I think that I should be able to do what I want," Lindsay said. "I will make the best decisions for myself and my family. That's not up to the government. That's not up to anybody else. I will do that and I support what they're doing here." 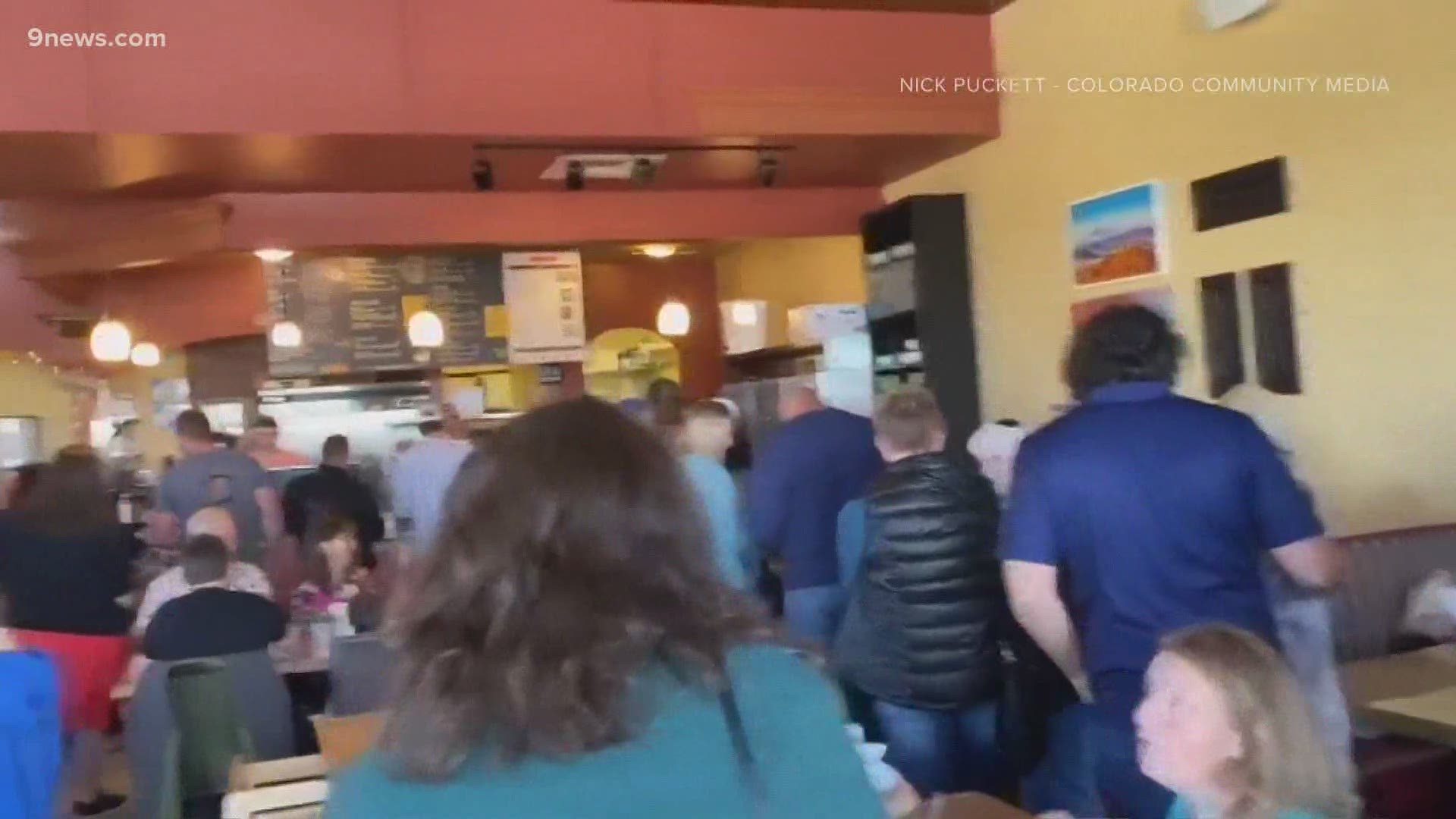 Jed Gilman and John Hulse came down from Gilpin County to walk around the outside holding American flags in support.

"I think what the government is doing to us, and no offense, the media is doing to us, the hysteria, that they’re creating is totally out of place," Gilman said. "So, we’re here to tell them 'thank you' and support their business and give them the revenue that they deserve."

Cell phone video inside the restaurant Sunday showed a room crowded with people, including many of whom were not wearing masks. Under the safer-at-home public health order, restaurants aren't allowed to open their dining rooms. That didn't stop people from packing into the cafe for a Mother's Day meal on Sunday.

"I was extremely disappointed to see people and businesses actively breaking the law," Polis said Monday.

He added later in the news conference, "We all believe in the rule of law and need to follow the laws and work through legitimate channels to change those laws. We don't have the ability to violate laws."

If more businesses followed the example of C&C Breakfast, it would be a near guarantee that people would lose their lives and there would be a delay in the opening of those businesses that do follow the law, Polis said.

Tri-County Health ordered the restaurant's closure after warning the owner on Friday not to open the dining room and that the business was allowed only to do takeout and delivery, according to the release.

The Castle Rock Police Department said an officer had reported to the Tri-County Health Department that the cafe planned to reopen.

“It is disheartening that this restaurant has chosen to move ahead of the public orders and not even consider implementing best practices to prevent the spread of COVID-19,"  said John M. Douglas Jr., executive director of Tri-County Health, in the release Sunday. "It is not fair to the rest of the community and other business owners that are following safer-at-home and doing their part.  We sincerely hope that C&C will choose to cooperate with the rules under which they are allowed to operate so we can lift this closure order." 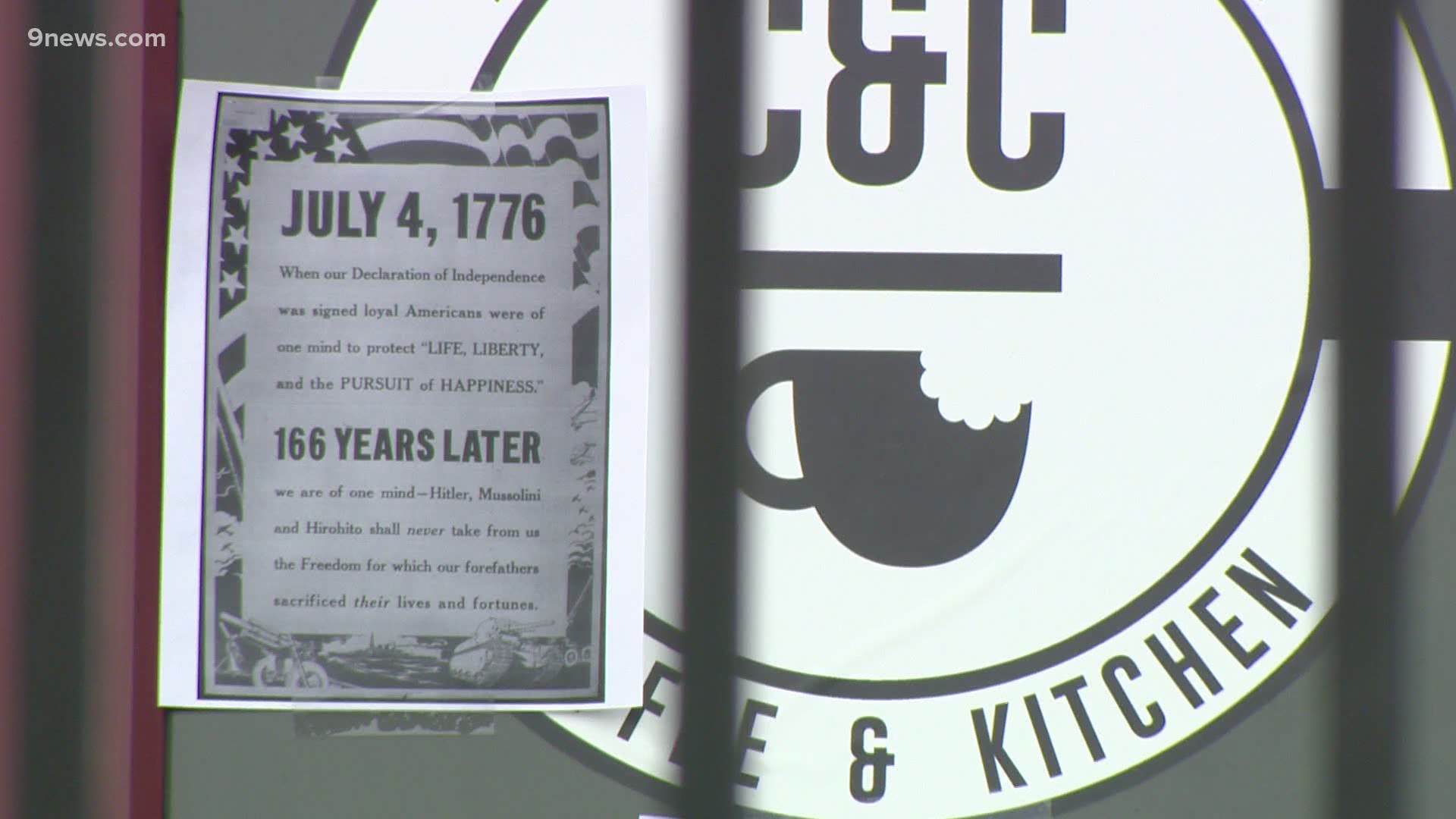 On Sunday, one of the restaurant's customers said she and her family waited three hours to get their meals.

"I’m here to support this because I love the fact that we all have choices," Holly Burrell said. "That’s what being an American is about."

Burrell said she nor the other people inside the restaurant were scared for their health and she had "never been happier to not be six feet apart."

"I think we need to focus on the healthy people being out and the people that aren’t healthy to stay in," she said.

9NEWS reached out to the owner of the cafe for comment but did not get a response. However, a video posted by the owner on Facebook shows her excited response.

"So much for some of those people saying nobody would show up," she said.

On Sunday, Tri-County Health said they planned to follow up and released the following statement:

"We are disappointed that Cookies and Crème has decided to ignore the Governor’s [safer-at-home] order and open up today with no attention to social distancing. This decision runs the risk of undermining the impact that other Douglas County businesses and residents have achieved over the last seven weeks by taking various social distancing measures. As the entity charged with enforcing the Governor’s statewide Safer at Home Public Health Order, we will follow up with this restaurant to ensure that they, like other restaurants in the county, take appropriate steps to protect the public health, by limiting service to curbside and take-out service."

“These restaurants are not only breaking the law, they are endangering the lives of their staff, customers, and community. Under [safer-at-home], restaurants, food courts, cafes, coffeehouses, and other similar places of public accommodation offering food or beverage for on-premises consumption are still closed. Delivery and drive-up service is available. Coloradans can contact their local public health department if they believe someone is violating Safer at Home.”

Credit: KUSA
Castle Rock restaurant C & C Coffee and Kitchen Cafe remains open with customers inside and a note of on the door touting freedom on Monday, May 11, 2020.