Castle Rock relights star to be a symbol of hope

Customarily only lit during the holiday season, the star will be lit "as a reminder that Castle Rock is a strong and united community that will persevere." 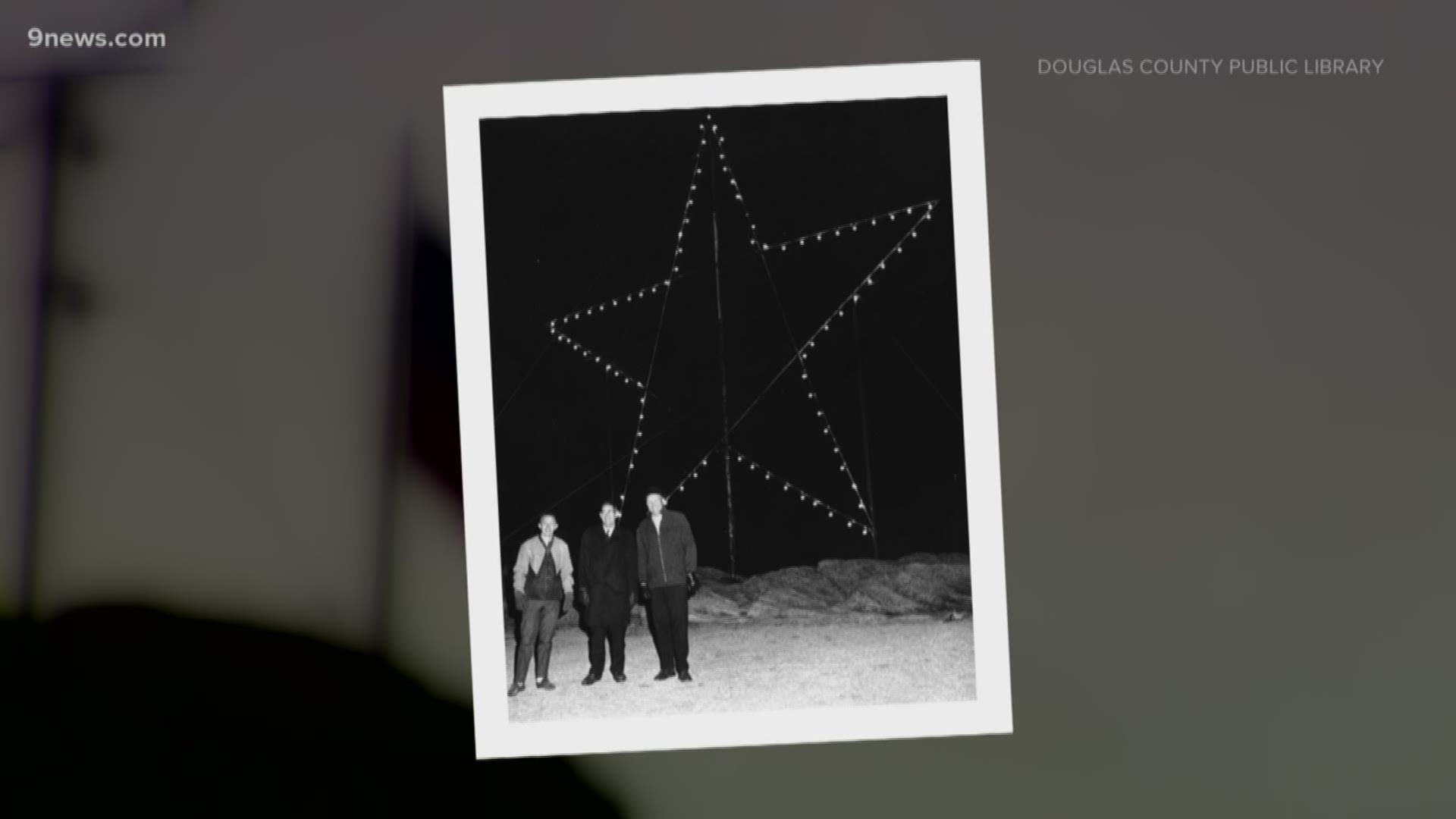 CASTLE ROCK, Colo. — It's an unusual sight this time of year, but Castle Rock's famous star is once again lighting up the night sky.

The Castle Rock Town Council voted unanimously last week on a special motion to light the star atop 'The Rock' as a symbol of hope during the pandemic.

Customarily only lit during the holiday season, the star will be lit "as a reminder that Castle Rock is a strong and united community that will persevere," according to the council's decision.

"When we light the star during the holidays, we have a large celebration," Mayor Jason Gray said in a presentation ahead of Monday night's lighting. "This is different. This is not a party."

Instead, it will serve as a beacon of hope as it originally was intended to when it was first set up in 1936 during the Great Depression.

RELATED: Castle Rock to re-light The Star as beacon of hope

“When times get hard in Castle Rock, the community comes together,” Gray said. “We will get through this, and my wish is that everyone who sees the star will ask themselves what they can do in the community to help those who need support.”

"The star was originally put up by the Castle Rock Fire Department who still maintains it," said Shaun Boyd, History Colorado's curator of archives. "They actually go up there every year, change out all the light bulbs, make sure the wiring’s correct."

The 40-foot star, equipped with 88 bulbs, was also lit at the end of World War II. However, it wasn't shaped like a star. The lights formed a "V" for victory. It was lit again after 9/11.

"When we’re experiencing something out of the ordinary, I think people look for things that are hopeful and celebratory, for a lack of a better word, that bring everybody together," Boyd said.

RELATED: Colorado state parks are open, but you should still social distance

The star's been used to celebrate Colorado's big sports moments, too, like when the Broncos won the Super Bowl.

Of course, it's lit every year to celebrate the holiday season. Though as Gray said, this time is different. But the end will remain the same just like it has time and time again.

"This is a way for us to come together, united in the community and united to overcome challenges that are before us," Gray said. "Let's rekindle that spirit and light the star."