Universities in Colorado have set aside space for students to isolate on campus. Its not your typical college experience. 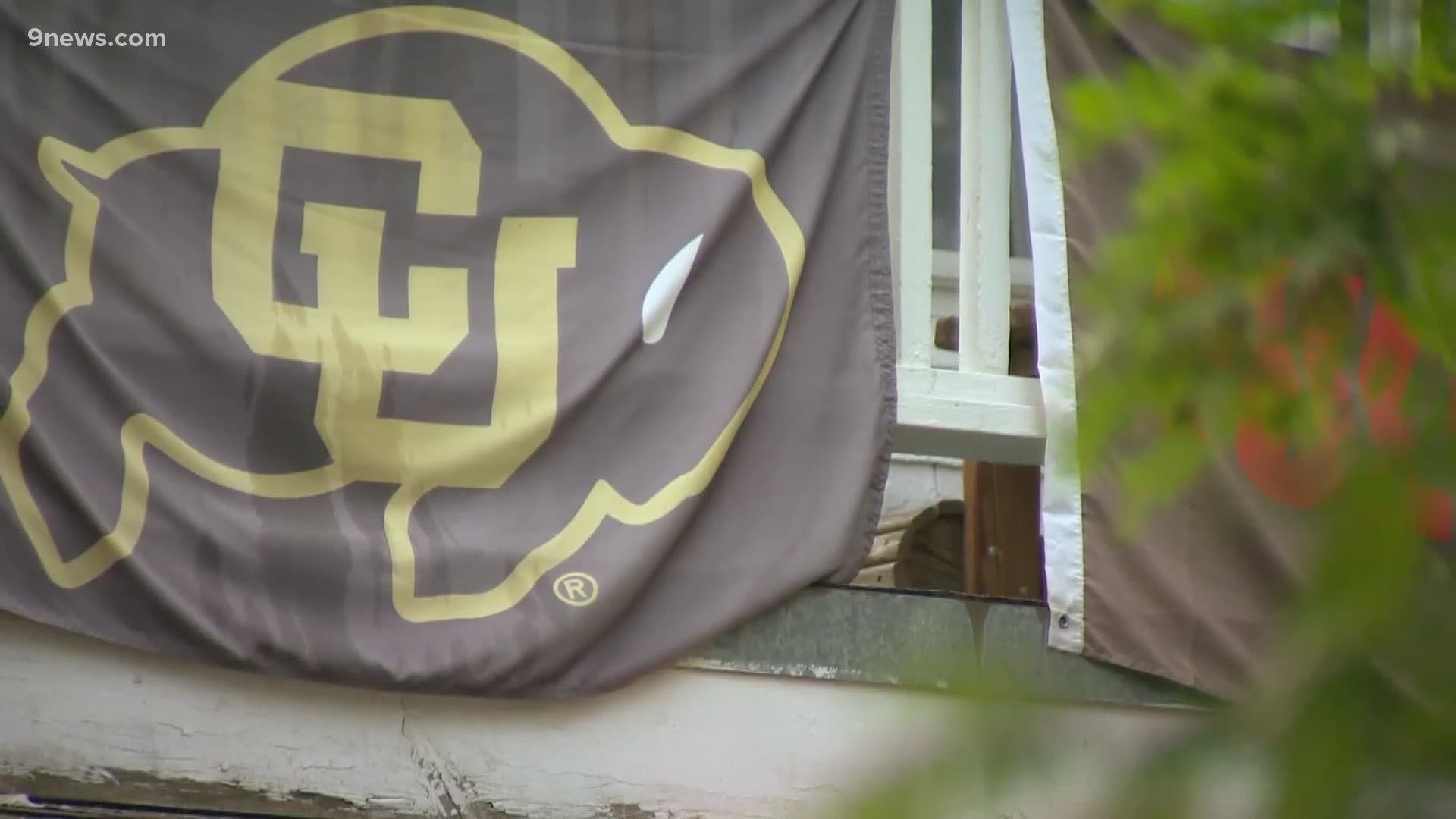 BOULDER, Colo. — Natalie Cohlmia has some time to kill.

The CU Boulder freshman is stuck in isolation, waiting out the symptoms of COVID-19. She tested positive last weekend.

“I feel good, for the most part,” she said. “Just had some mild symptoms. A cough, sore throat, it's gone now. Just felt kind of tired, honestly. That’s it.”

During isolation, Cohlmia is staying in a hotel room. Her family lives nearby and is helping her with food and other needed supplies.

Cohlmia could have stayed in an isolation dorm on campus at CU, but opted for the hotel instead.

As of Tuesday this week, CU Boulder’s COVID dashboard reports 122 students are using that option, staying in an on-campus isolation residence hall space designated for this situation.

Freshman Solomon Wilcox could be headed to one of those rooms, soon.

“I tested positive for the saliva test and I’m waiting for two nasal tests,” he said Wednesday afternoon. His symptoms are also pretty mild.

Wilcox said other people in his dorm have started testing positive, too.

Due to an increase in cases connected to students, this week the university announced a 14-day quarantine for all students living in Boulder.

RELATED: CU to enforce 14-day quarantine for students who live in Boulder

In some cases, the city has threatened arrest and fines for non-compliance. Boulder officials said they are monitoring a few houses on University Hill, including a fraternity annex where residents are accused of repeatedly violating public health orders.

“It’s getting stricter every day, more and more rules and restrictions,” explained Wilcox, who said other students in his dorm have also tested positive and started isolating.

CU Boulder said most of the isolation spaces are residence hall apartments that include a kitchenette, fridge and some basic furniture. The university said students will receive a one day supply of food, with more delivered to them each day. During isolation, students will be in touch with the contact tracing team and a support coordinator. A nurse will follow up with symptomatic students if they need care, and asymptomatic students will have access to a 24/7 nurse line.

Other universities have similar programs in place.

A spokeswoman said CU Denver students who enter isolation are given access to cleaning supplies, temporary bedding, toiletries and bath towels. Those students will be provided a meal plan, a contact for resources, and a daily zoom check-in.

On Wednesday, a spokeswoman for CSU said 20 isolation/quarantine spaces are currently in use, plus one student in a living situation that allows them to stay in their own residence during isolation. Like the other schools, CSU is providing food services and check-ins for students in isolation, including a 24-hour hotline for any needs that arise.

Students said it's a strange time to be in college right now - it's hard to meet new people, and they’re missing out on so many aspects of college life. Plus they say they’re under a spotlight as the virus keeps spreading.

“I think most people are following the rules," Wilcox said. "You can’t get everyone, a few won’t follow the rules.

“As careful as I’ve been trying to be, its definitely something that’s very easy to catch,” Cohlmia added. “I don’t know. It’s hard.”