The governor also said during a Friday news conference that the state is largely done with Phase 1A of the vaccination distribution plan. 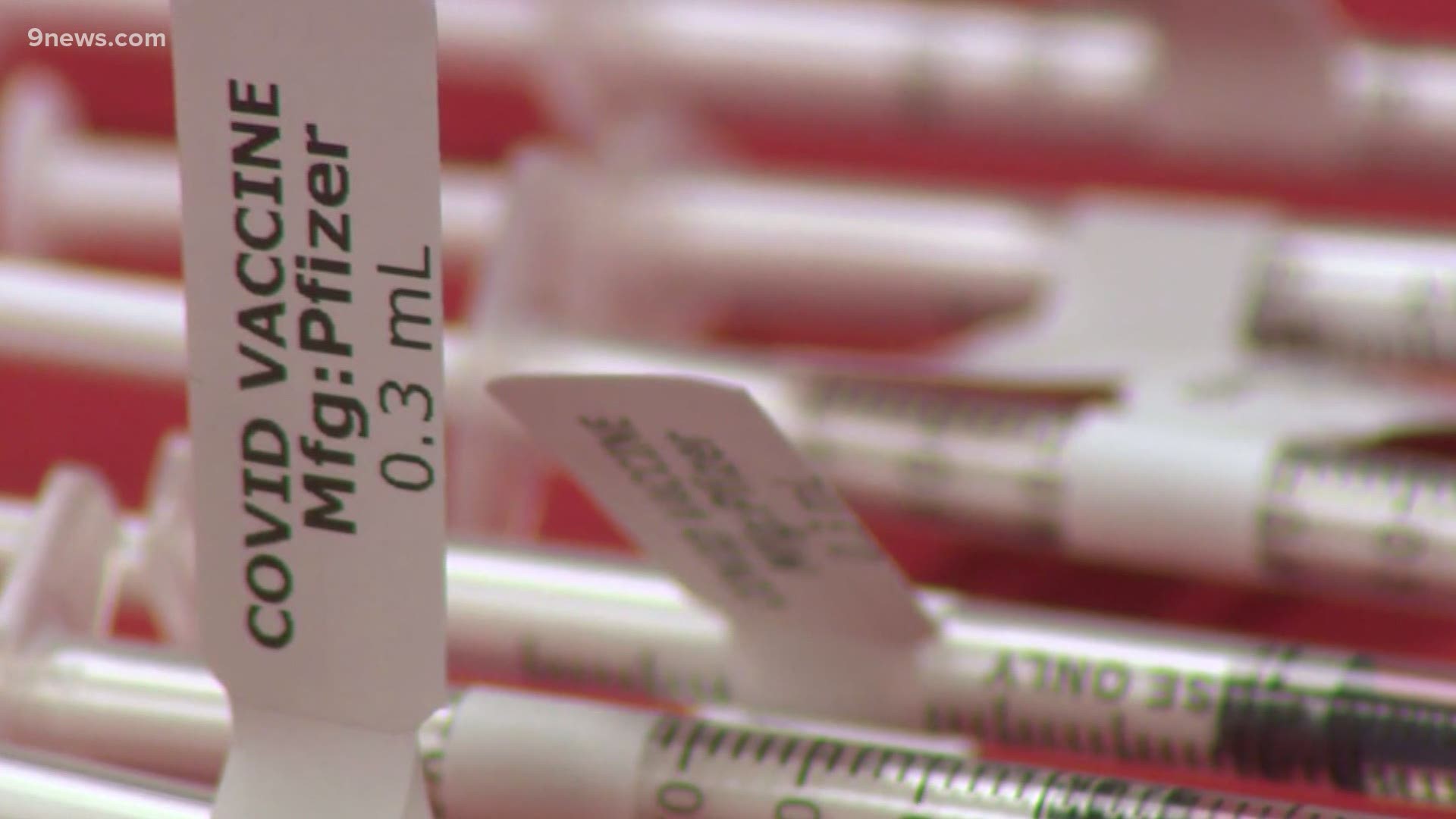 COLORADO, USA — Gov. Jared Polis (D-Colorado) said Friday he was "shocked we were lied to" about the reserve stockpile of the COVID-19 vaccine but said the state is still on track to vaccinate 70% of Coloradans over age 70 by the end of February.

"Today, I come before you extremely disappointed that we were lied to with plans of the [Trump] administration to release reserve doses that were to be the second doses of the vaccine," Polis said during a Friday update. "I was informed today there is no federal reserve of doses."

Polis said he was assured those second doses would be delivered, but they will come from the supply chain.

He said the news Friday was contrary to information he was given during a call several days ago and said the state believed they'd be getting 210,000 doses next week.

"That was unfortunately not true," Polis said. "We were ready to deploy it right away. And now we know that it simply doesn't exist."

RELATED: US asking states to speed vaccine, not hold back 2nd dose

I’m shocked we were lied to and there is no national reserve.Federal announcements that 2nd dose being held in reserve was going to be released led us to expect 210,000 doses next week,other Govs made similar https://t.co/ETVIqM0clH we find out we’ll only get 79,000 next week.

The state will only receive about 79,000 doses next, which is only about 9,000 more than they had been getting per week.

Polis said they expect a similar amount for the week of Jan. 25. He said the state anticipates between 90,000 and 100,000 doses for each of the first three weeks of February.

He said they're also hopeful that the one dose Johnson and Johnson vaccine could be authorized for emergency use by the Food and Drug Administration in the coming weeks.

Polis also said Friday he signed an executive order making it clear that people would not be charged in any way to receive the vaccine. He said the order means no copays or other fees.

Friday's update came as the state works to coordinate the distribution of the COVID-19 vaccine, with the focus currently on frontline health-care workers and those over 70 years old. Polis said this week that the state would fall in line with new guidance from the Centers for Disease Control and Prevention (CDC) to prioritize people 65 and older. He said that would happen in the coming weeks but didn't give specifics.

So far, the rollout of the vaccine has been sluggish. Only about 3% of the Colorado population has received at least one of the two doses needed to reach immunity of about 95%. Health experts have said at least 70% of the population needs to be vaccinated to reach herd immunity.

This week, Polis blamed the federal government and said that the state was only receiving about 70,000 vaccine doses per week and said there are more than 500,000 people in our state in the over 70 age group.

Currently, the state is vaccinating members of Phases 1A and 1B under its prioritization guidelines. Polis said Friday that they're largely done with 1A will begin to focus on those aged 70 and older. He said 40,000 Coloradans in that age group had been vaccinated, and he said now that number should increase quickly now that they're through the 1A group.

According to state data, 300,100 vaccines have been received and 242,495 doses have been administered.

"We have one of the highest rates of getting the vaccine in arms of all the states in the nation," Polis said. "We want to continue that."

In counties around the state, health departments said they are struggling to vaccinate people because of a lack of vaccines.

The Boulder County health deparmtent said they have the resources to vaccinate around 20,000 people every week. Last week, they received only 3,500 doses that they could put to use. 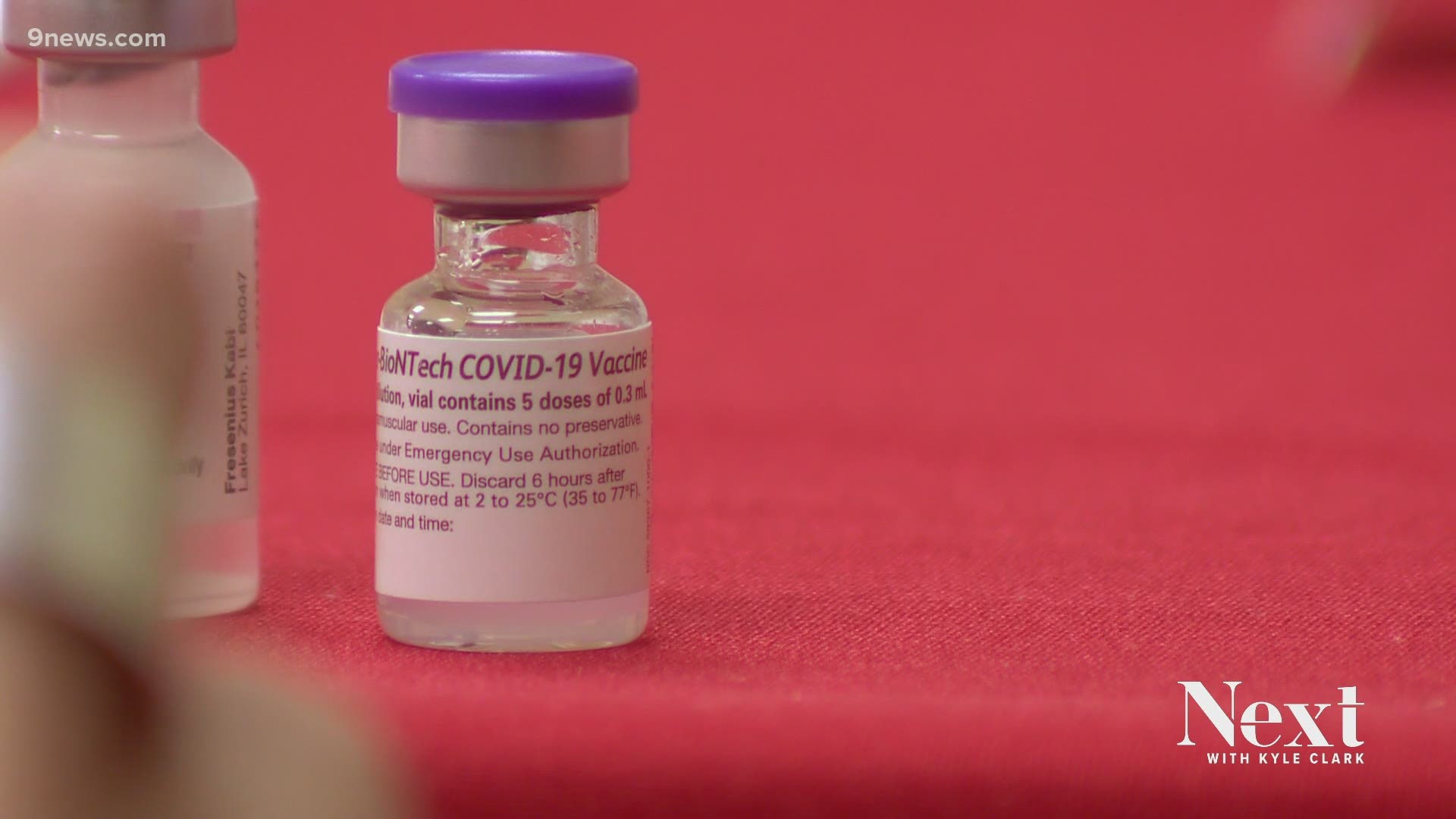 "Our partners have the ability to double their output and simply don’t have the vaccine supplies right now," said Chris Campbell, emergency manager at Boulder County Public Health. "The top message for the community is we need patience right now. There’s nothing more that we want to do than to vaccinate every community member."

The problem is the same in health departments around the metro area.

In Jefferson County, the health department said it had vaccinated around 5% of people above 70.

"The demand is still outpacing the supply of vaccine," said Margaret Huffman, director of the community health services division for Jefferson County Public Health. "It’s incredibly frustrating for the recipients who are like, when can I get my vaccine?"

Dr. John Douglas, executive director of Tri-County Health, said about 56,000 people had been vaccinated with their first doses in Adams, Arapahoe and Douglas counties over the past five weeks. If the vaccine supply was greater, he said he’s confident the number of people getting vaccinated each week could be far higher.

"It’s a work in progress," he said. "It’s getting better week by week. There are a lot of bumps in the road. I’d say it’s easily two, three, four, five times what we’re actually doing. In other words, it’s probably up to 50,000."

Douglas also worries about the spread of the COVID-19 variant that’s been spreading in the UK, now examining if they can use vaccines to help limit the spread.

"We’re trying to figure out now if we can do a better job of determining where it’s at, might we even think about preferentially using the vaccine in those areas to try and suppress transmission," Douglas said.