The alert was targeted to cell phones in counties that moved to the "severe risk" red level on the state's COVID dial. 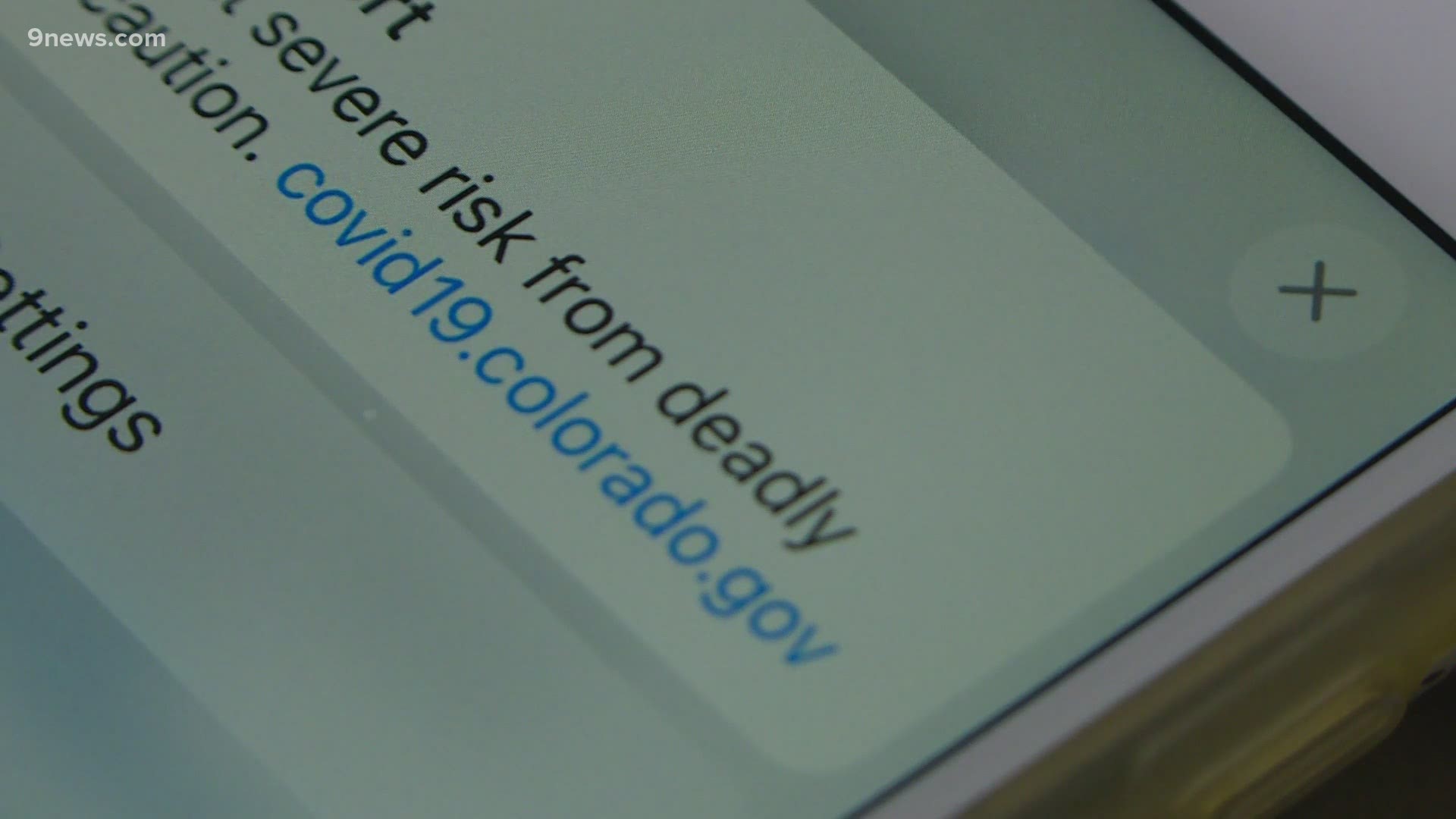 COLORADO, USA — A COVID-19 safety alert was sent to some cell phones on Sunday morning from the State Emergency Operations Center (EOC).

The alert was sent at 9 a.m., targeting cell phones in counties that have moved to the red level on the state's COVID-19 dial, which means there is a "severe risk" of getting COVID-19 in those areas.

"The State EOC sent the message as we have in the past to remind people of Covid risk especially as we now have 20 counties in severe risk or red on the map," said Micki Trost, strategic communications director for the Colorado Division of Homeland Security and Emergency Management.

The Colorado Joint Information Center (JIC) said that the alert was to notify Coloradans about the "direness of the COVID-19 situation in our state."

JIC said that 1 out of every 49 Coloradans is infected with COVID-19, according to the latest data.

"We need everyone to avoid gatherings outside of their household, including Thanksgiving gatherings; wear a mask anytime they go outside their house; keep physical distance -- at least 6 feet -- from others they may encounter," JIC said.

Some 9NEWS viewers in counties that are not moving to red level said they also received the alert. That was because the system relies on cell towers whose reach can cross county lines, according to the EOC.

Twenty counties have moved to Level Red as of Sunday, and Larimer County will also move to that level on Tuesday.

The counties that moved to higher restrictions on Friday or Sunday, according to the city mayors and health departments, are the following:

This is the fourth time the State EOC has sent out a COVID alert, said Kevin Klein, director of the Colorado Division of Homeland Security and Emergency Management.

Some people were unable to access the state's COVID-19 website, whose link was in the emergency alert, after it was sent.

Trost said that the Colorado Statewide Internet Portal Authority was working on the issue. As of noon, the website appeared to be back up.

JIC said that it is problem-solving to avoid a similar crash the next time an alert is sent.

"The website traffic demonstrates that Coloradans received the alert about how dire the situation is," JIC said.

RELATED: What the new purple level means on the state's COVID-19 dial